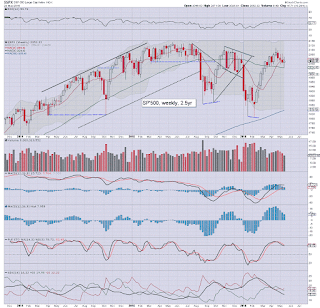 2025 is recognised by a fair few as 'market critical'... although that could be endlessly argued over. What should be clear... the market has been quietly cooling from the April 20th high of 2111. Price action remains very choppy.

Underlying MACD (blue bar histogram) cycle ticked lower for a fourth week. At the current rate, there will be a bearish cross in the last week of May... or first week of June. By definition, that will be the first realistic opportunity for a powerful move lower.

Unless equity bulls can break back into the 2100s, they have little reason to be confident, and should instead be concerned about a down wave that should (at minimum) be equivalent in scale to Jan'2016 and Aug'2015.
-- 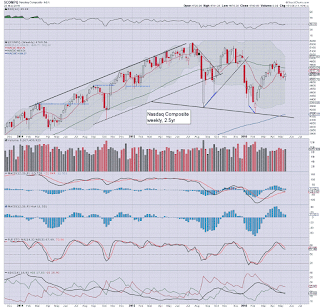 The tech' saw a net gain of 51pts (1.1%), settling at 4769. The giant psy' level of 5K remains extremely powerful resistance, and unless the equity bulls can break above it, they should be concerned of an eventual break lower. First big target is the 4400/4200 zone. 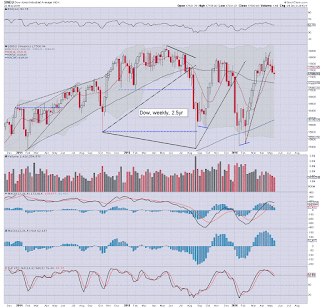 The mighty Dow settled lower for the fourth consecutive week, with a notable lower high.. and lower low. The opex close of 17500 was somewhat natural. Equity bulls should be desperate to re-take the 18K threshold, whilst bears should be seeking an eventual break of 17K. First downside target is 16K, and then the Aug' 2015 low of 15370. 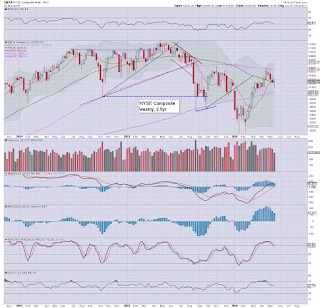 The master index saw a minor net weekly gain of 0.2%, settling at 10250. First support remains the big 10K threshold. If that fails to hold - as seems probable, an eventual capitulation low around 8K seems viable. 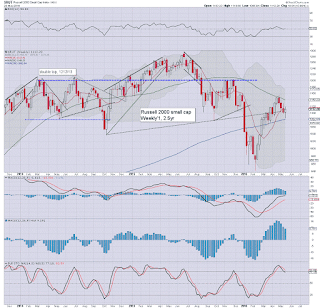 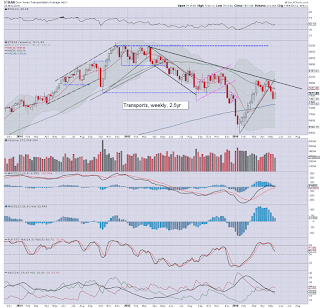 The 'old leader' - Trans, saw the strongest gains this week, +164pts (2.2%) at 7671. The 8K threshold is very strong resistance, and equity bulls are going to struggle to break any higher into end month/early June. First downside target is 7K. If that fails to hold, the lower bollinger offers fast downside to the 6600s.. which is currently around 13% lower.
--

So... net weekly gains for 5 of 6 indexes, with only the Dow seeing a minor decline.

Most notable, most indexes saw a lower high.. and lower low... and that is pretty bearish.

Price structure, and also style of price action, is very similar to that seen across Nov/Dec' 2015.

An eventual sig' break lower looks due, with the lower weekly bollinger currently offering the sp'1840s... and that is a clear 10% lower.

*there is a light sprinkling of fed officials on the loose, notably Bullard - who is touring Asia. Yellen is due at Harvard on Friday... but the appearance is to receive an award (for service to the printing industry?), and I don't expect any policy remarks to be made.

**Monday May'30th is Memorial day - where the US market will be CLOSED. So.. the Friday before will be increasingly subdued.
--


.... back on Monday.... but as noted in the previous post, things will be different.
Posted by Trading Sunset at 22:00:00
Email ThisBlogThis!Share to TwitterShare to FacebookShare to Pinterest 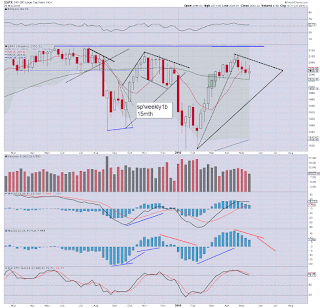 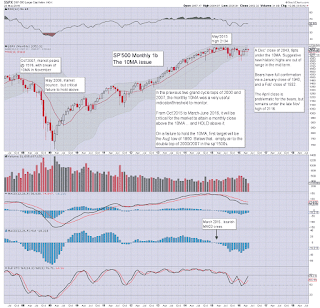 re: weekly1b: a minor net weekly gain of 5pts (0.3), settling at 2052. Most notable, a lower high... and lower low. First resistance is the 10MA... around 2060. A break back into the 2100s looks out of range, not least as the market is (mistakenly) now under the belief the Fed might raise rates in June (or July)... and there is the looming BREXIT vote of course.

re: monthly1b: a May close under the 10MA - currently 2014, should be a target for those equity bears seeking major market upset in June.. and perhaps across many months ahead. It not absolutely essential.. but it sure would help instill some confidence!
---

Four years ago I started this blog, having originated from the ERX board on Yahoo! finance. The only intention was to post once a week. Naturally, being the obsessive person that I am, it soon spiralled to eleven posts a day.

I have endeavoured to strike a balance between the 'end of the world' crowd at Zerohedge, and the cheerleaders of clown finance TV. Despite being self-titled 'Permabear Doomster, I think I've managed to achieve something more balanced than either of them.

Like the lead character in the movie Office Space, I don't want to have any bosses ever again. Nor do I want to do the daily commute ever again.

I simply don't want, and can't imagine doing anything else. If I'm to continue though for many years to come, I need to derive at least some income to justify it.

If you think I'm worth around $1 a day... then subscribe to me. See HERE for details

--
Posts from next Monday

Will have access to everything normally posted here from 8.30am into the late evening.

I will post after each trading @ http://permabeardoomster.blogspot.com, with a 'Daily wrap' - compromising of a few indexes, the VIX, and probably some other miscell' bits and pieces.


For me, this is a major change, and a personal risk (although arguably less risky than being margin long the US equity market this summer/autumn). I sincerely hope some of you choose to subscribe in the days ahead.

*the weekend post will appear at 5pm EST, and will detail the US weekly indexes
Posted by Trading Sunset at 04:00:00
Email ThisBlogThis!Share to TwitterShare to FacebookShare to Pinterest 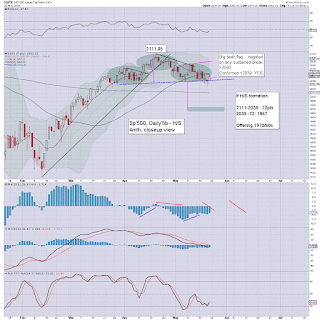 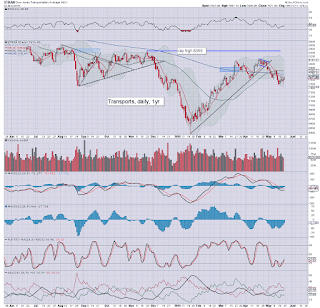