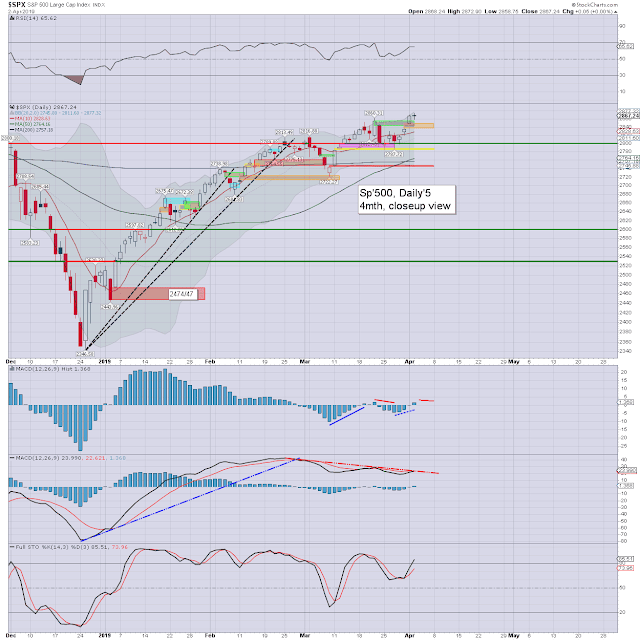 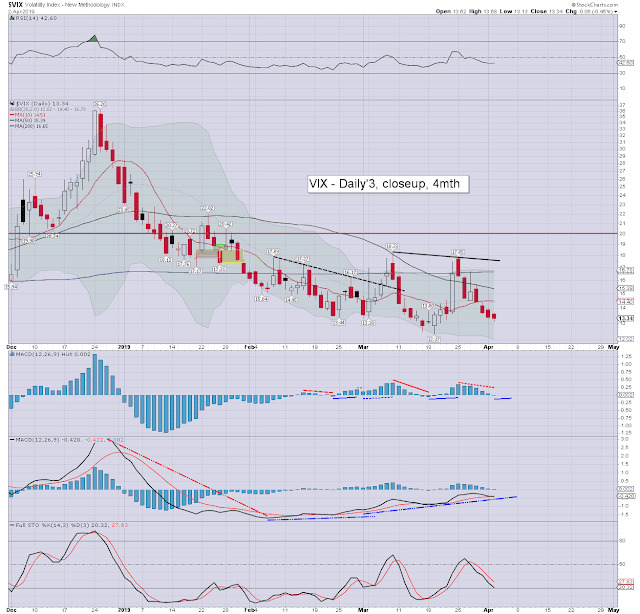 It was a day of minor chop in equity land. The equity bulls did achieve a new cycle high of 2872 though. Volatility was naturally subdued, with the VIX settling -0.3% at 13.36.

... then you can't see the declines! Earnings from Walgreen's were a miss (if marginal), and early price action in LYFT was ugly, not helped via Seaport Global, who issued a target of $42.


LYFT remains a fascinating sideshow attraction. Broader downside to psy'50 looks extremely probable. There are implications for the other unicorns of course, not least UBER. Some had thought as recently as last Friday, that UBER might IPO as early as late April, but I'd imagine that will now be no earlier than July/August. September would perhaps be the most natural time, and it would perhaps sync with an equity market peak around sp'3K.

Again... the ultimate equity sell signal will be a rate cut. Its sometimes amusing to see some touting a rate hike near the end of the year. That makes ZERO sense with the fed have already announced the winding down of the QT program.
--