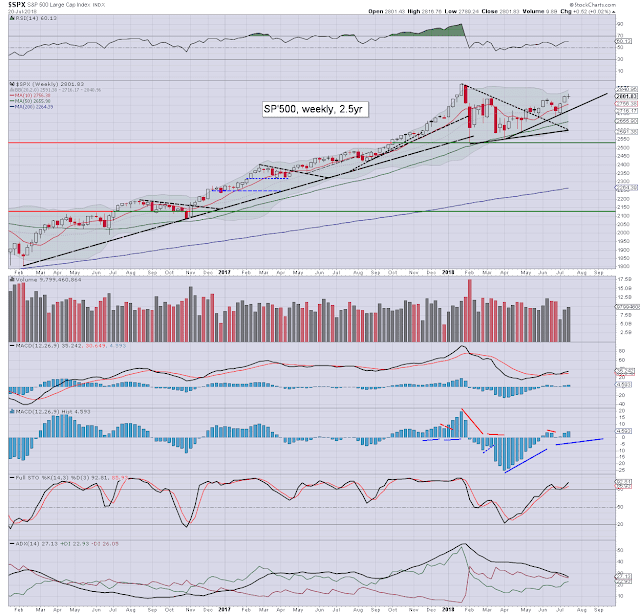 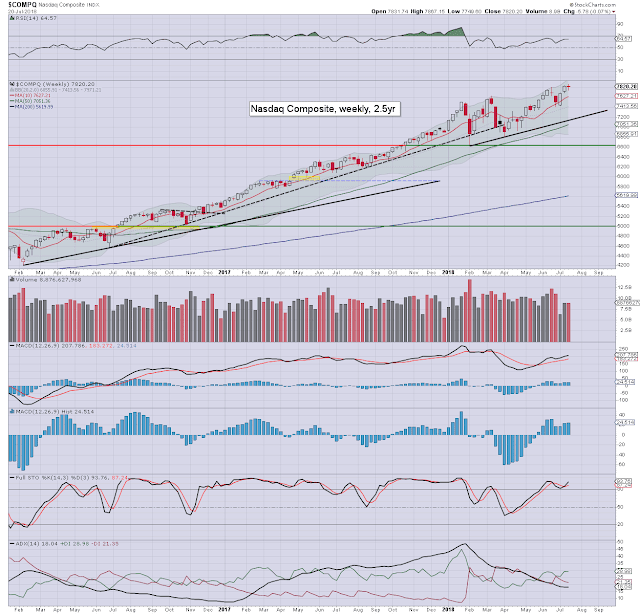 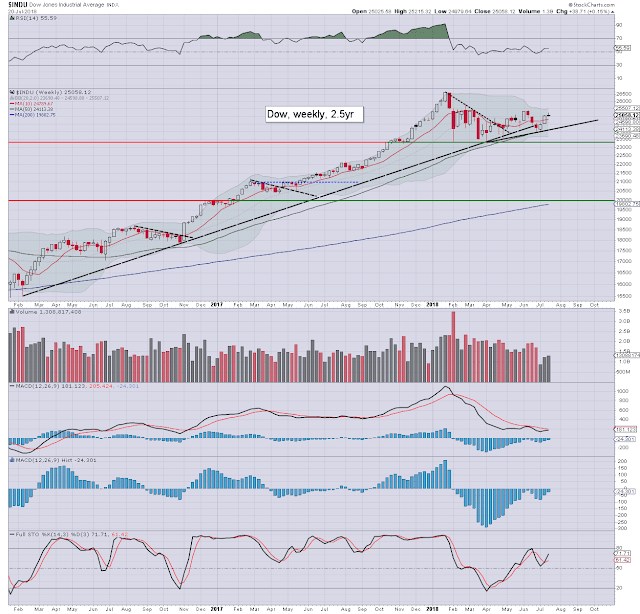 The mighty Dow settled +0.15% at 25058. Note upper bollinger resistance in the 25500s. Further, note underlying macd (blue bar histogram) cycle, which is set to turn positive before end month. In theory, there is a realistic upside of 5-7 weeks, which will take us into early September. 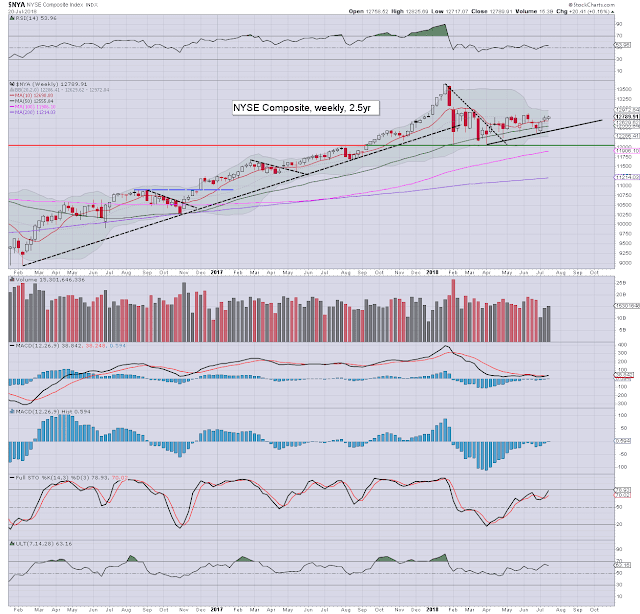 The nyse settled +0.16% at 12789. Weekly price momentum has turned net positive for the first time since late January. This is a subtle, but rather bullish sign for the broader market this summer. 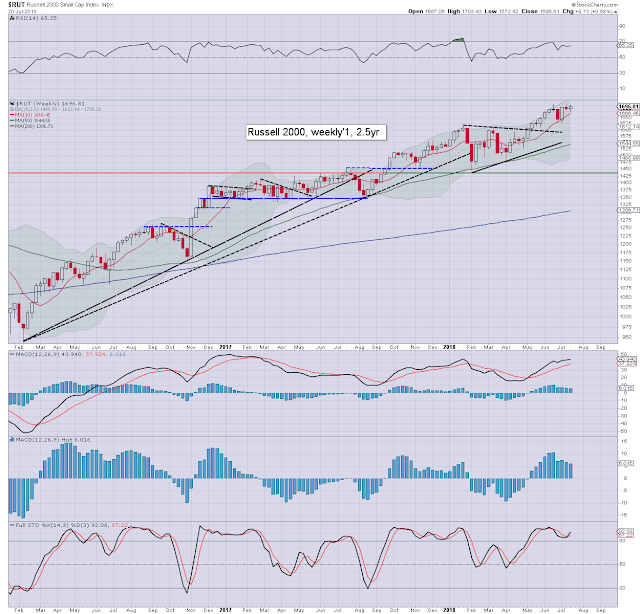 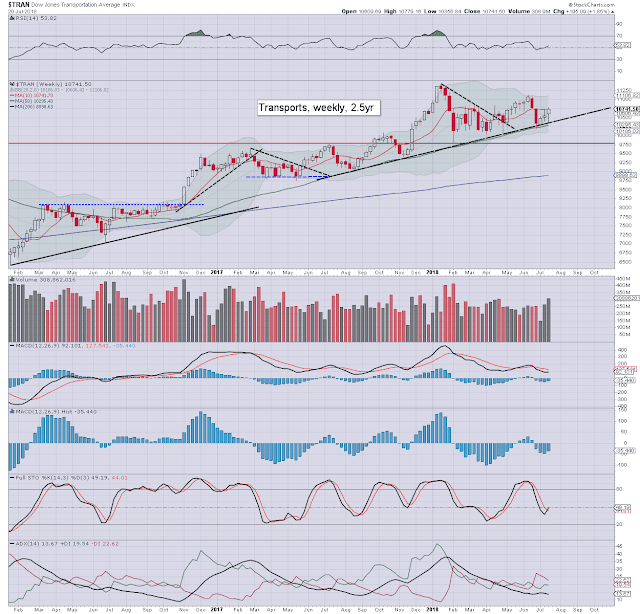 The old leader - Transports, was the leader this week, with a very significant net gain of 1.85% to 10741. Price momentum should turn positive by early August. WTIC/fuel prices remain a concern, and whilst I expect that to be a drag on the tranny, it doesn't mean the index will be net lower.
–

Five indexes were net higher, with one net lower.

Whilst a brief cooling wave is a threat next week, more broadly, most indexes look set for new historic highs by September.

A busy week is ahead, not least with a truck load of corp' earnings, notably: GOOGL, FB, AMZN, INTC, XOM, and TWTR. 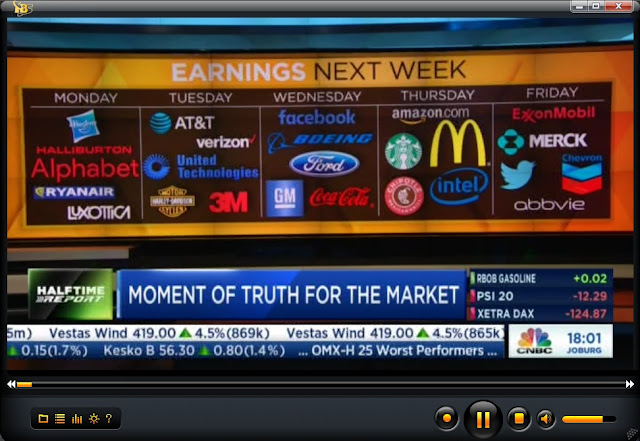