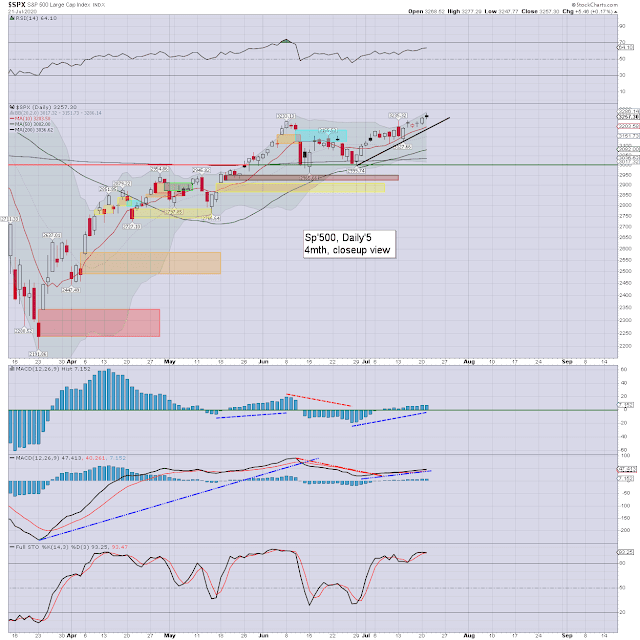 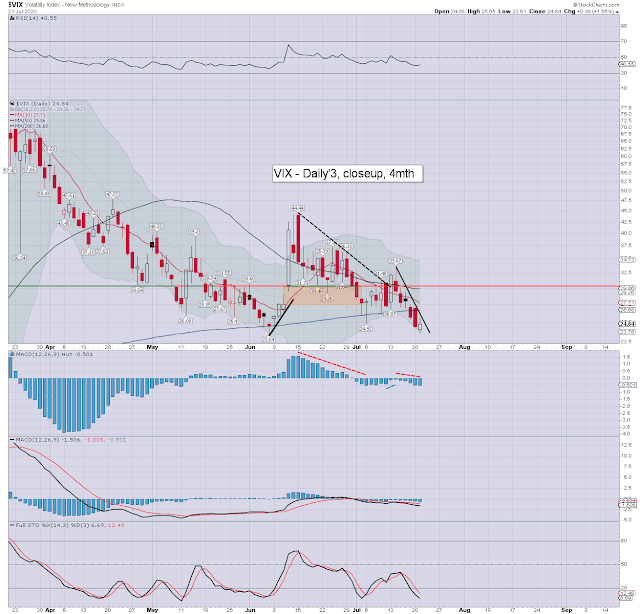 US equities opened broadly higher, helped by news the EU bureaucrats had agreed on a €1trn package, although that is spread across SEVEN years. Considering the US and EU populations are rather similar, the EU package is pitiful, relative to the trio of US stimulus bills.

Nasdaq broke a new historic high, but did see an opening reversal, and despite a few rally attempts, tech was notably weak across the day.

The US President warning that a 'radical left' victory would see equity prices dive. Ironically, the same thing was argued by the mainstream in summer 2016 about a Trump victory.


The afternoon saw some distinct weakness, with even the SPX turning negative in the closing hour.