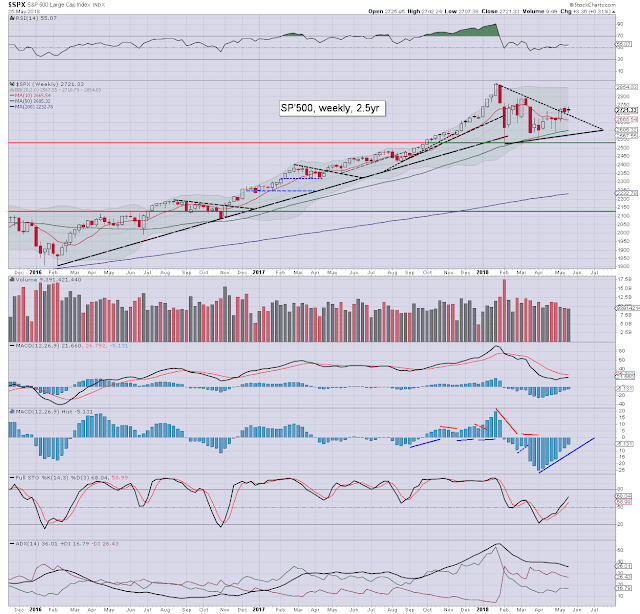 The sp' saw a net weekly gain of 8pts (0.31%) to 2721. The settling black-fail weekly candle is very unusual. By default, it leans s/t bearish, the most realistic bearish scenario is for the 2670s, before swinging back upward. The 2800s look valid in June, even as the fed are set to raise rates (June 13th). Big target for late summer/early autumn is the 2950/3047 zone. I see that zone as concrete resistance, and on balance, I will be seeking a very significant retrace from there, arguably on the order of at least 15/20%. 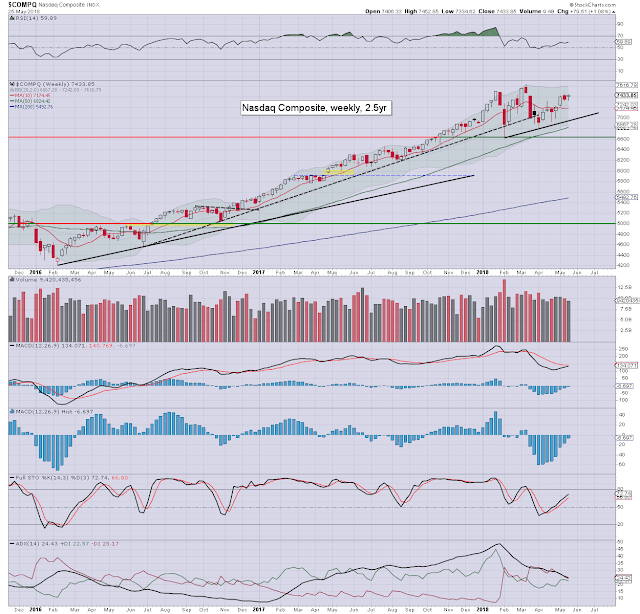 The Nasdaq climbed 1.08% to settle at 7433. The March high of 7637 is only another 2.7% higher, and is clearly viable in June. Price momentum is set to turn outright positive with next Tuesday's open. More broadly, the 8000s remain a valid target by late summer. 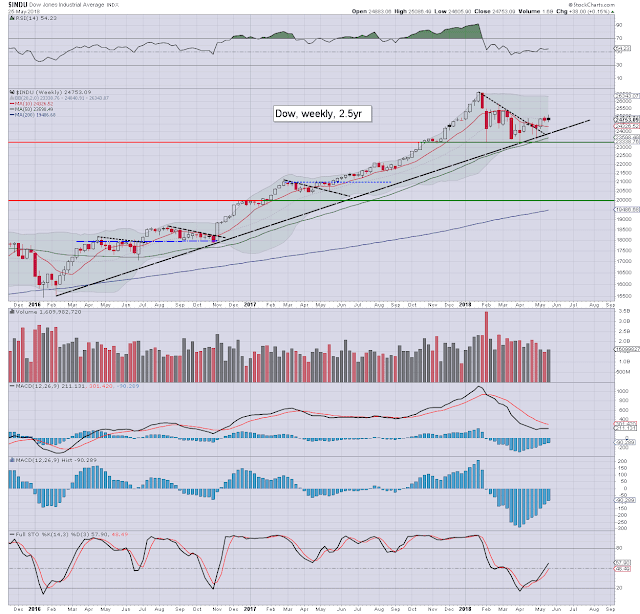 The mighty Dow settled +0.15% at 24753, having seen an intra high of 25086. The settling black-fail candle is rare on the bigger weekly charts, and does lean bearish for next week. Rising trend will offer support in the 24000s next week, no price action under 24k can be expected in the near term. The Jan' historic high of 26616 is 7.5% to the upside, and looks within range by Aug/Sept'. Further, keep in mind the next giant Fibonacci extension of 26702. 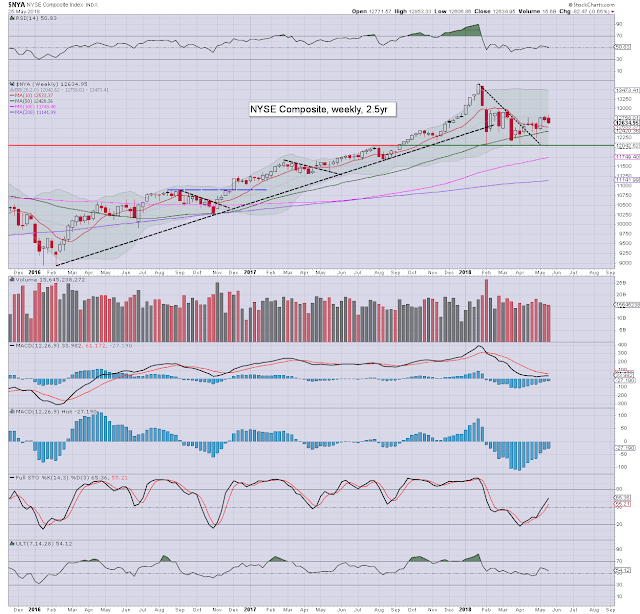 The master index cooled for a second week, -0.65% to 12634. Price momentum should turn positive by mid June, which will offer broader upside across the summer to new historic highs >13637. 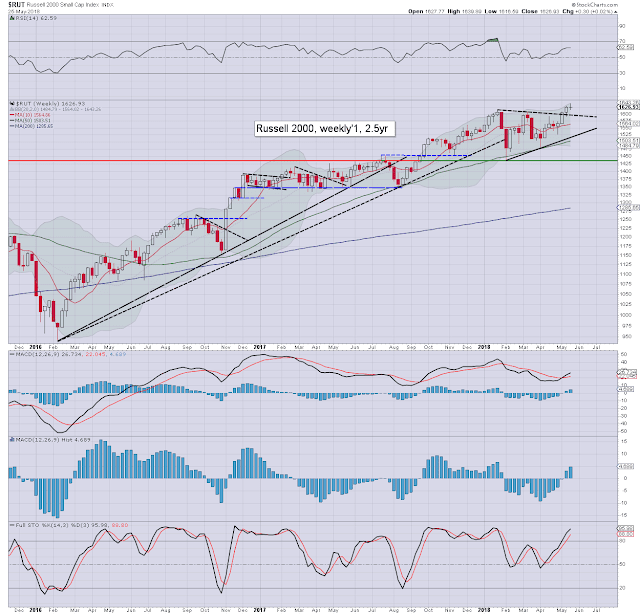 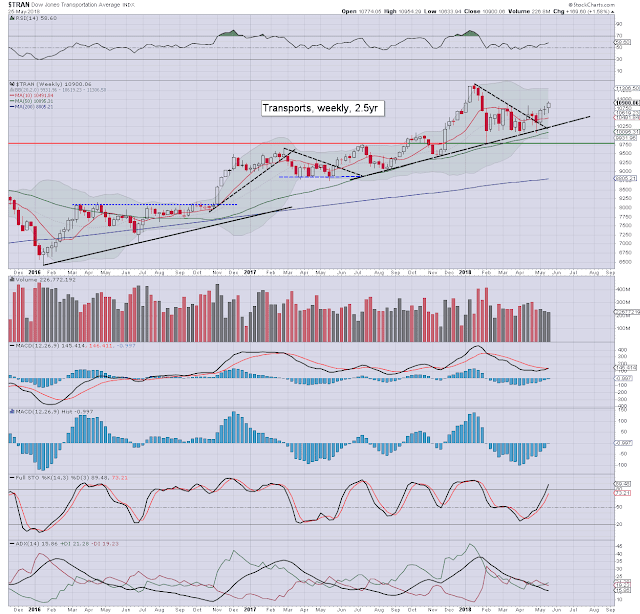 The 'old leader' Transports, climbed for a third week, +1.58% to 10900. Price momentum will turn outright positive at next Tuesday's open. The weakness in WTIC was clearly partly responsible for the tranny catching some extra upside this week.
–

A mixed week, with four indexes higher, one effectively u/c, and one moderately lower.

Price momentum continues to swing back toward the equity bulls.

The R2K notably broke a new historic high, and it bodes bullish for other indexes into/across the summer. 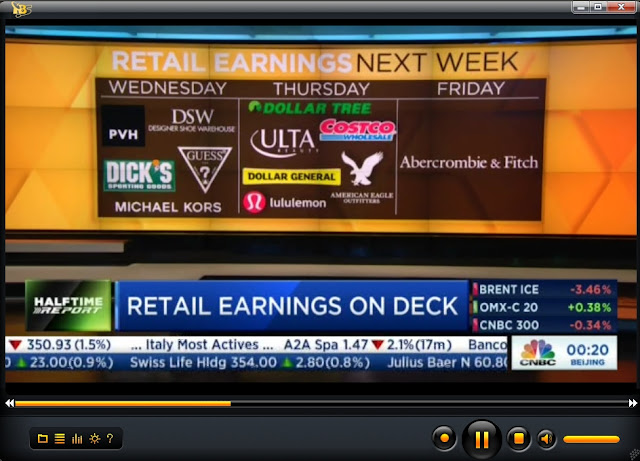