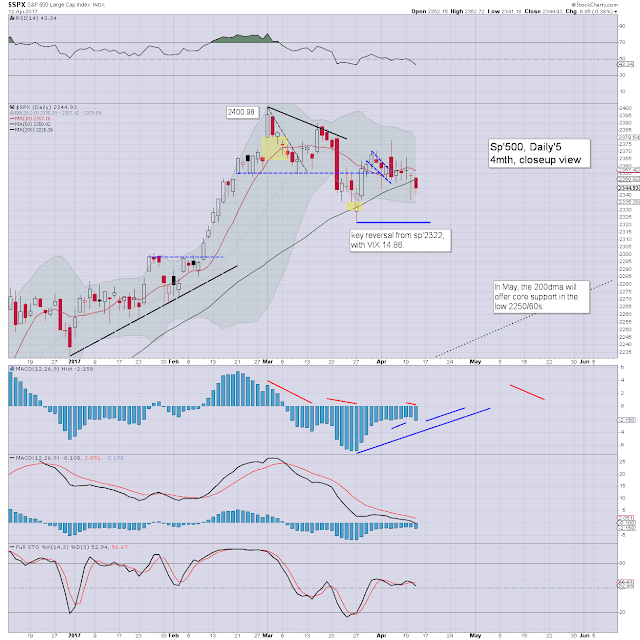 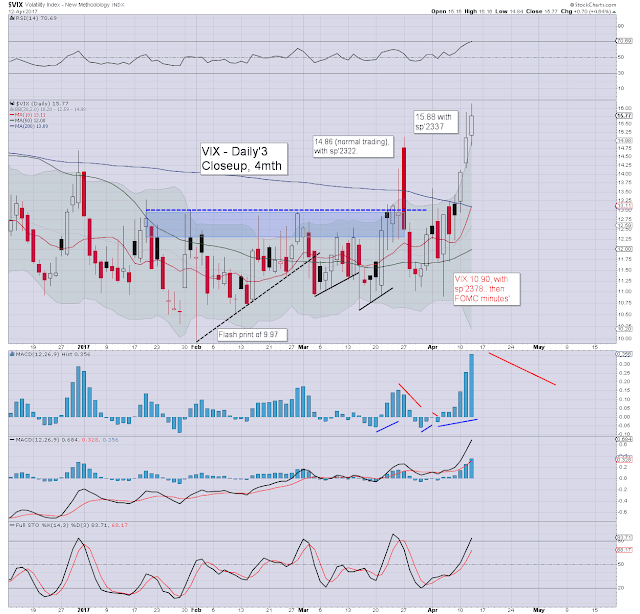 With the Easter three day break ahead, price action in US equities is still broadly a series of moderate swings. Sure.. there aren't many willing buyers out there, but neither can the bears muster any wide ranging sustained/significant downside. Yes, the two leaders had a rough day, but the headline indexes (sp, dow, nasdaq) only saw moderate weakness. Indeed, the last three weeks have been just a series of moderate swings.

The VIX broke into the 16s in early morning - the highest level since Nov'10th 2016. The key 20 threshold is certainly a lot closer than it was. Cyclically we're on the very high side (daily RSI 70), and its probable that the VIX will cool to the 14s into the Thursday/weekly close.
-- 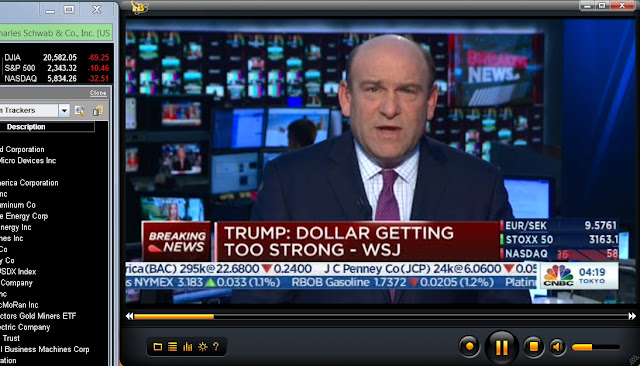 Trump's comments - via the WSJ, really caused some havoc in the closing hour. The USD swung lower, with a corresponding surge in Gold. The market is going to remain very vulnerable (both ways) to such sporadic news stories.

It was further reported that the Trump administration will not be labelling China as a currency manipulator. That is a major policy change from that relentlessly touted during the election campaign, and it sure won't be the only one in the days... and years ahead.