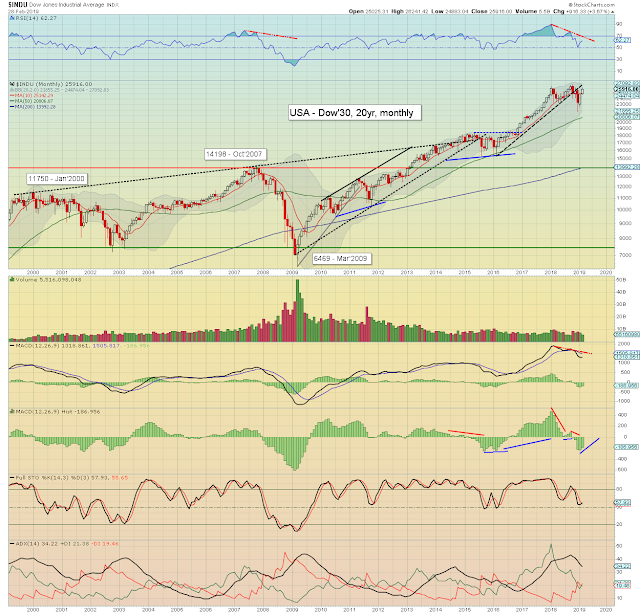 The mighty Dow climbed for a second consecutive month, +916pts (3.7%) to 25916. Note the key 10MA at 25142, which was decisively settled above. Underlying macd (green bar histogram) cycle has turned, and is starting to tick upward. At the current rate, a bullish cross will be seen in early May. 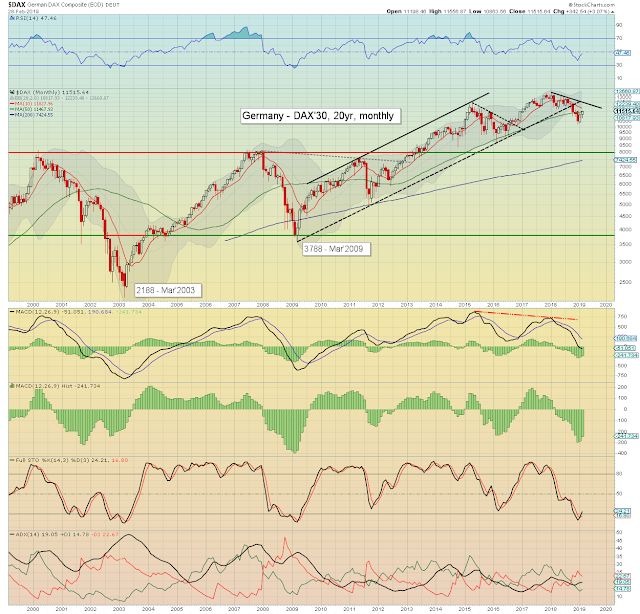 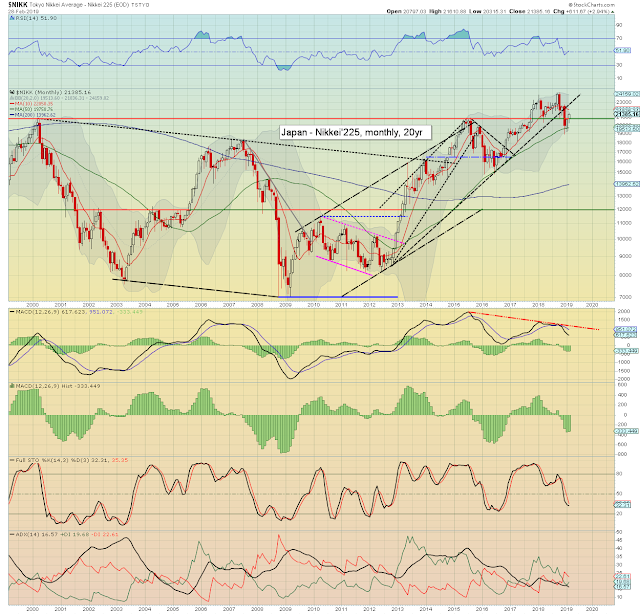 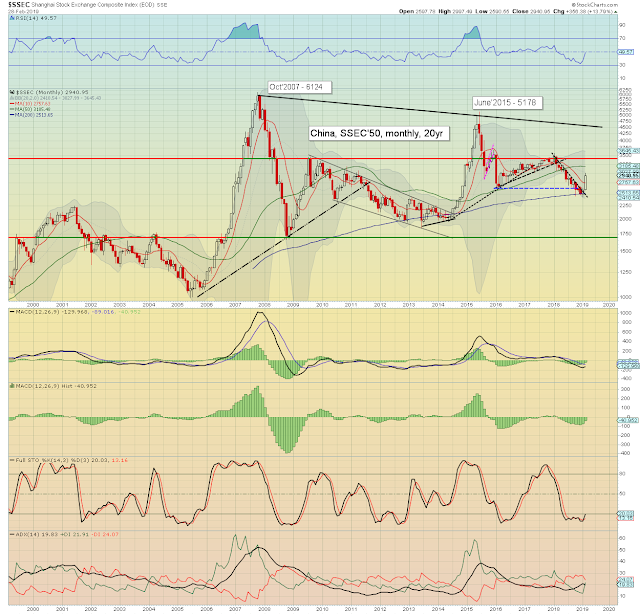 It was an extremely bullish month for Chinese equities, with the Shanghai comp' +356pts (13.8%) to 2940. The settlement above the 10MA was decisive, as psy'3K is already near. Note key price threshold of the 3400s, which will be a valid target by mid year, as the communists are throwing everything they can to boost the economy/market. 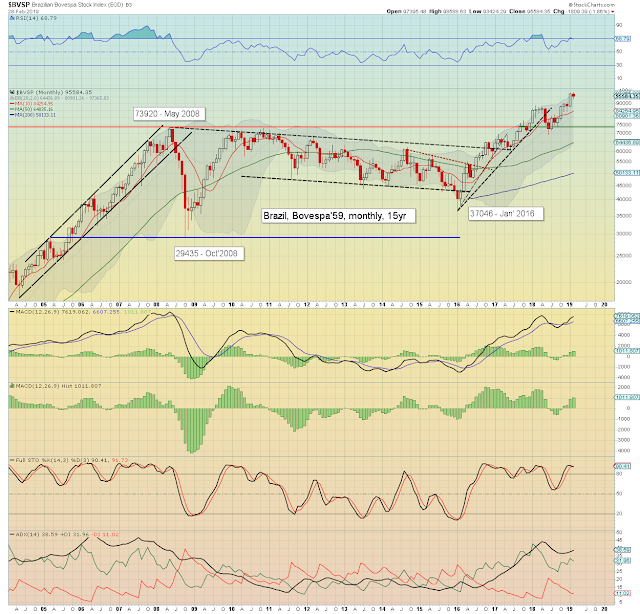 It was a mixed month for Brazilian equities, breaking a new historic high of 98588, but settling -1809pts (1.9%) to 95584. The monstrously giant psy' threshold of 100k is clearly viable in March. Higher commodity prices, along with a cooler USD, would really help this market/economy. 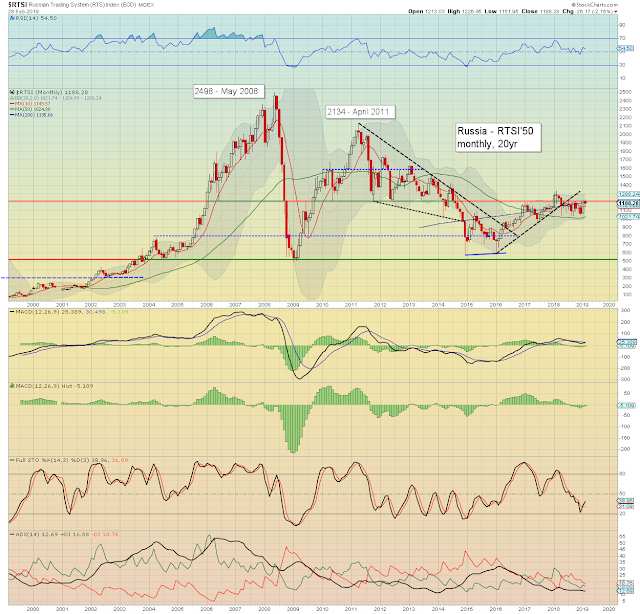 Russian equities settled -26pts (2.1%) to 1188, as the 1200 threshold remains very strong resistance. Higher energy prices would help this market/economy into the spring. 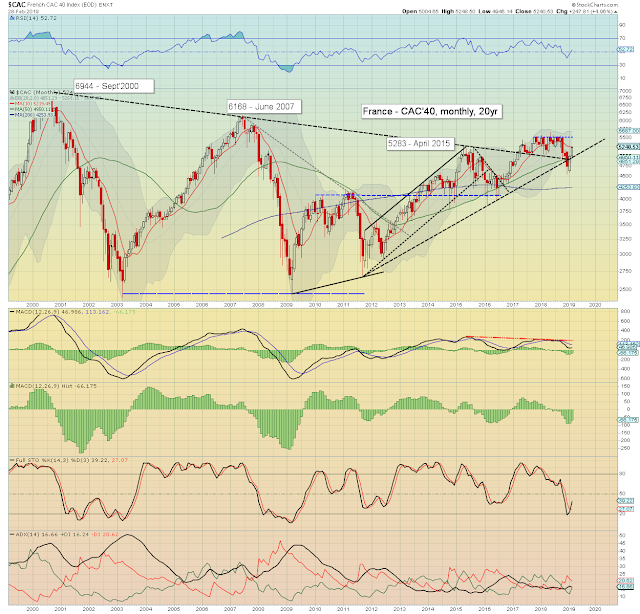 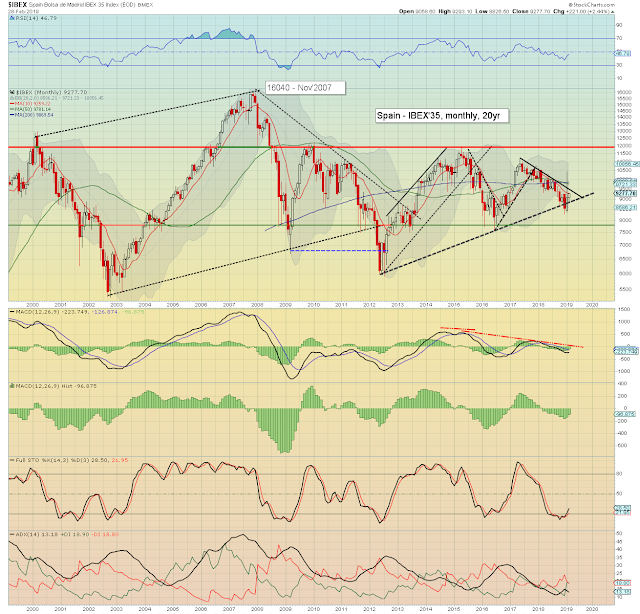 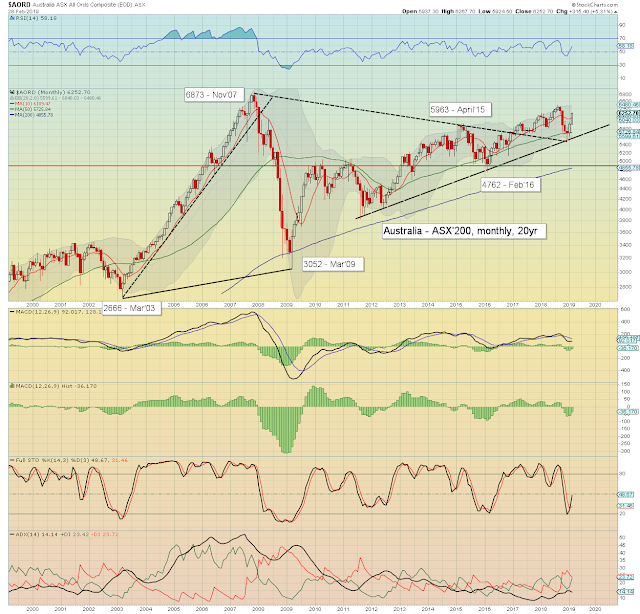 The Australian market soared for a second month, settling +315pts (5.3%) to 6252, notably above the key 10MA. Note the Dec'2018 candle, which saw a spike from l/t rising trend. New multi-year highs (>6481) can be expected. Higher commodity prices would really help this market/economy. 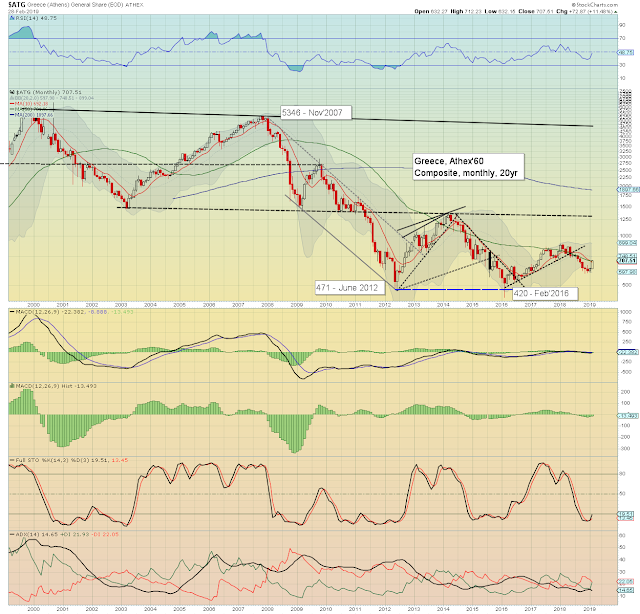 China, Australia, and France, are leading the way higher, whilst Brazil and Russia are lagging.

Eight of ten markets settled above the key 10MA, the notable exceptions were Germany and Japan.
--

*fed officials Mester and Williams are due on Wed', and the market will be looking for any further chatter about the end of QT, which might be announced as early as the next FOMC of March 20th.
--

The econ-data continues to show signs of a weakening US economy. Whilst few (yours truly included) expect the US to fall into recession any time soon, the problems are mounting. Trump has already played the tax cuts card, all that is left is an infrastructure bill, and there is zero sign of that being passed before the next election in Nov'2020.

Whilst the equity/econ bears can tout weaker data, the bulls can look forward to the Fed ending the QT program, with an eventual rate cut. The latter will be the ultimate equity sell signal, as it was in Sept'2007. Keep in mind, that initial rate cut resulted in one final multi-week rally to new historic highs in October.

Whilst a fair number of the usual suspects are touting 'beware the ides of March', when considering the February settlements in an array of world markets, any equity weakness across the coming weeks has to be seen as just a retrace. That view is only changed if a majority of US indexes see a March (or somewhat beyond) monthly settlement back under the monthly 10MA. Right now, new historic highs appear more probable, than such bearish monthly settlements.
--

Have a good weekend
--
*the next post on this page will likely appear 5pm EDT on Monday.
Posted by Trading Sunset at 00:37:00
Email ThisBlogThis!Share to TwitterShare to FacebookShare to Pinterest
Newer Posts Older Posts Home
Subscribe to: Posts (Atom)