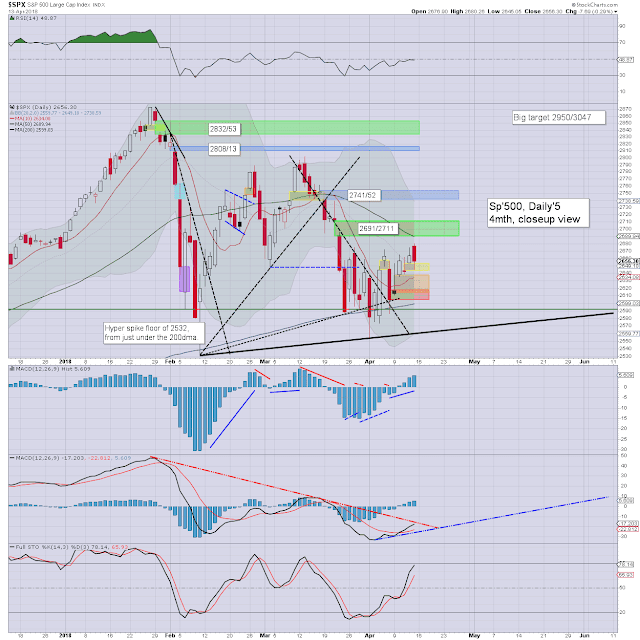 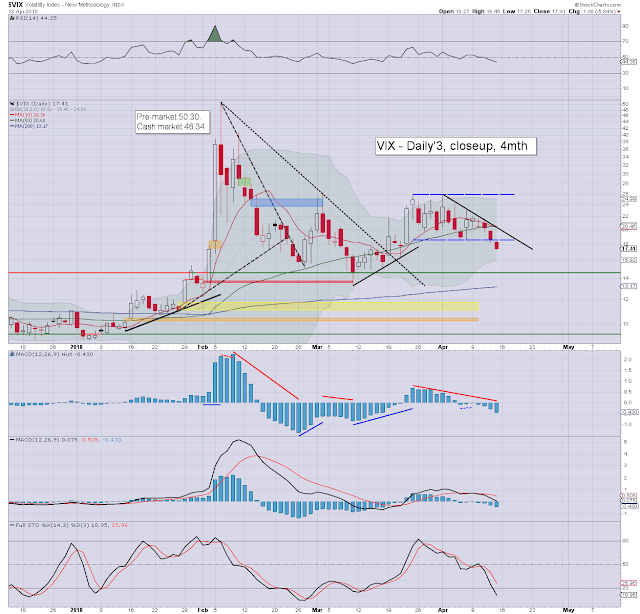 US equities opened on a positive note, seeing an early high of 2680, but then the sellers appeared, and there was choppy cooling into the late afternoon, with an intra low of 2645. The daily close (especially within the Transports) bodes bearish for early Monday.

Despite equities ending on a weak note, the VIX declined for a fourth day, settling in the mid 17s. A sporadic burst to the key 20 threshold is very viable next Mon/Tuesday.

*the weekend post will appear Sat'12pm EST, and will detail the US equity indexes.
--