I don't see a recession 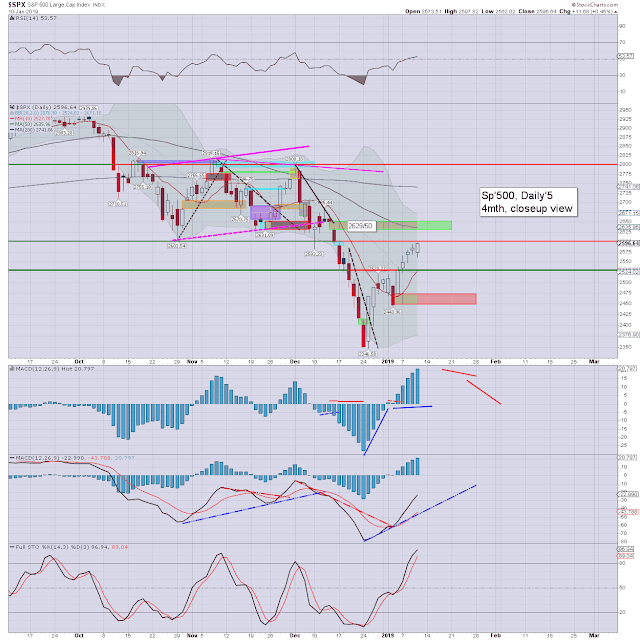 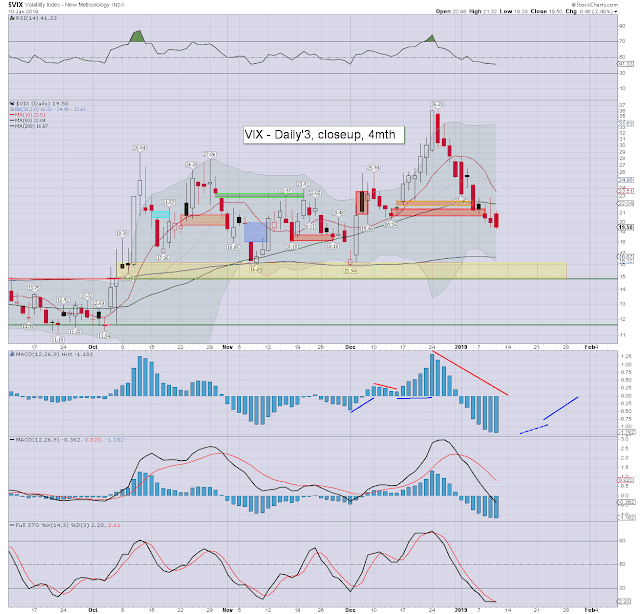 US equities opened moderately lower, but managed to turn fractionally higher into midday. Powell's appearance initially helped, although the market wasn't happy with the reminder about the ongoing reduction in the balance sheet. The afternoon saw moderate chop, but managing to break a new multi-week high of 2597.


Powell made it clear he doesn't see a US recession this year, and for the moment... neither does yours truly. Yet growth could easily slow to 2.0/1.5%. Indeed, a fair number within the mainstream are expecting growth to slow to around 2% by year end.

Headline US growth and employment data continue to come in fine, but the housing market remains pretty weak, with the ISM and PMI data points ticking lower. Powell acknowledged weakness in China, but made no mention of the EU. The EU is arguably the biggest problem this year, with Germany set to officially be seen as in recession with the first print of Q4 GDP - due Feb'14th. Where Germany goes... the rest of the EU can be expected to follow.

The US is not going to be able to fully escape from being infected via a weakening Europe and Asia. Never mind the basket case that is the collective of central and south America.

Nothing has changed. I would still look for QT to be suspended as early as March/April, with a subsequent rate cut. The latter would be the ultimate equity sell signal.