Horrible numbers from a rotting company 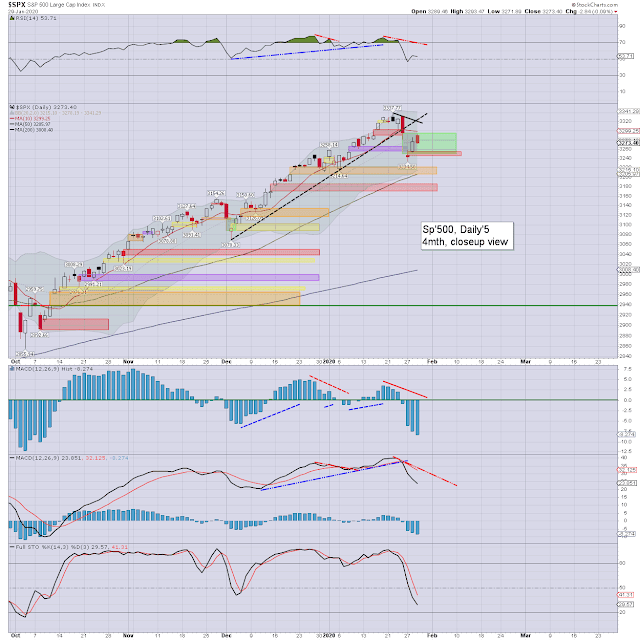 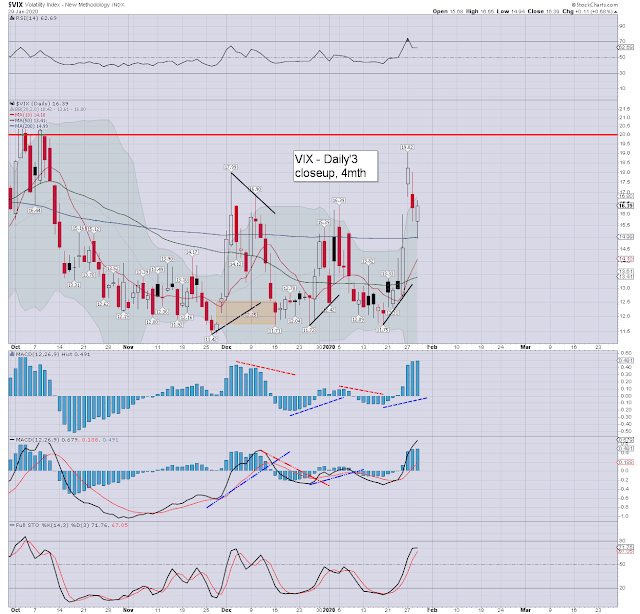 US equities opened moderately higher, but there was an opening reversal, with the SPX turning fractionally red in the 10am hour. A secondary wave higher into early afternoon failed to fully close the Monday gap. 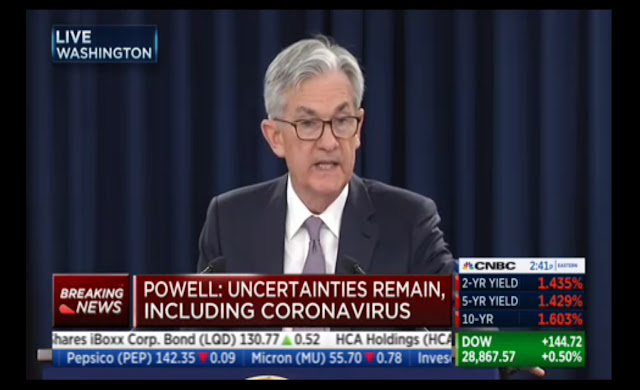 As expected, it was a 'do nothing fed', and I'd expect the US President to issue further complaints in the coming days. The late afternoon saw some cooling, with a clear s/t cyclical rollover.

Volatility was subdued, with the VIX seeing a low of 14.94, but settling +0.7% at 16.39. The s/t cyclical setup will favour the equity bears across the remainder of the week/month.
--


Horrible numbers from a rotting company

The full interview with CEO Calhoun...

Perhaps Calhoun/Boeing's interpretation of the term 'fundamentally sound' is just different from yours truly.


I certainly don't see the 737MAX as flight worthy. Without getting into the details, the plane is inherently unbalanced, and should never have been granted permission to fly. Ohh, and yes, I'd also see the FAA as only marginally less 'problematic' than Boeing itself. Its become clear, even to some within the mainstream, that the FAA and Boeing are 'in bed together', and its contributed to two crashed planes, with the death of 346 innocents.

For the record, I have little other than contempt for Calhoun. Lets be clear, he has been part of the Boeing board since 2009, and by definition, part of the group that approved the 737MAX.

Whilst the stock settled today net higher by +1.7% to $322.02, broader price structure ain't pretty, with a giant H/S formation. 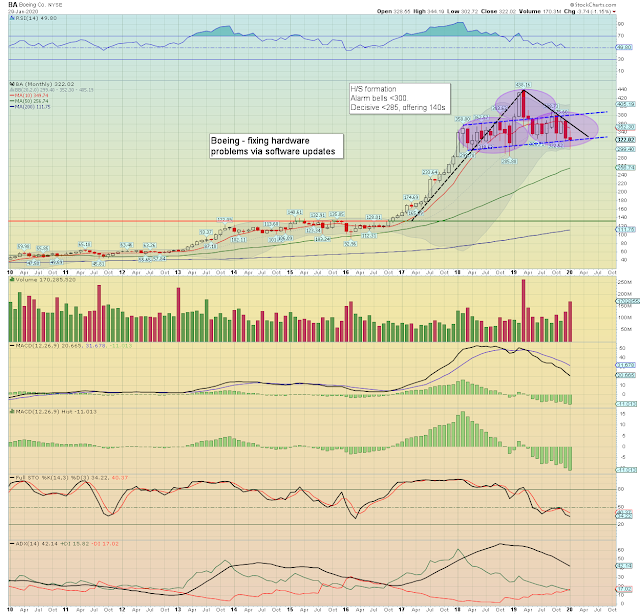 I will end by noting I do see Boeing as a company with serious internal rot, as one of Boeing's employees deemed the 737MAX as '... designed by clowns, and supervised by Monkeys'.
--