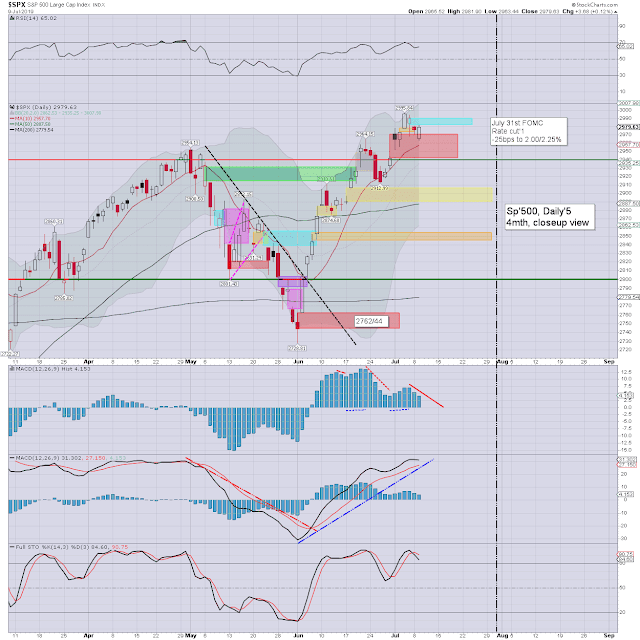 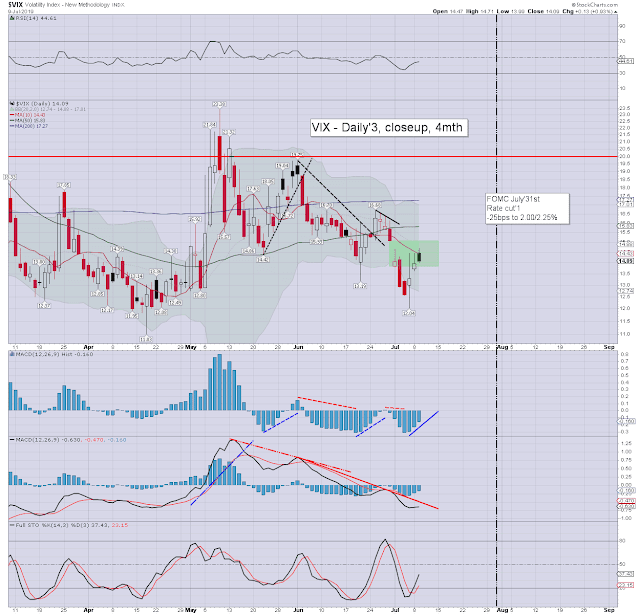 US equities opened moderately lower to 2963, but then clawed back upward, and then saw minor chop across the afternoon. Volatility picked up, with the VIX settling +0,9% at 14.09.


Meanwhile, the Kudlow made a breakfast appearance with Ms. Evans...

Larry did his best to appear coherent, but he simply isn't firing on all thrusters lately, for some obvious reasons. The ongoing mantra of 'the economy is great, but we need lower rates, because prices are too low", I find as twisted logic, but also an outright wilful delusion.

Regardless, rate cut'1 of -25bps to 2.00/2.25% is on schedule for July 31st. I'd accept the initial reaction to that will likely be positive, but that was also the case in Sept'2007, when almost everyone believed the economy was in great shape. Those rare few - such as Peter Schiff, were openly derided, and literally laughed at on the various financial networks.


*yes, the video quality is lousy, but it still merits highlighting.

It shall forever be a historical irony that Schiff has been largely black-listed by the mainstream financial networks, whilst Laffer, who regularly derided Schiff, was just recently given the Congressional Medal of Freedom.

In many ways, if you're credited by the mainstream collective, you're probably doing something wrong.
--