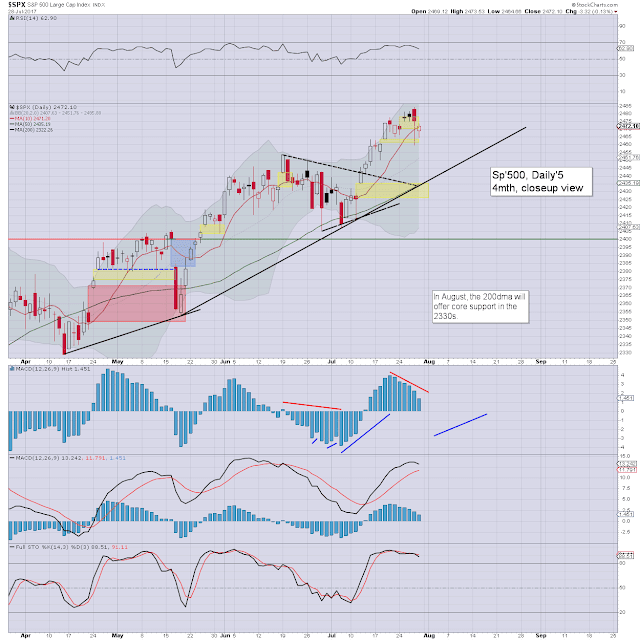 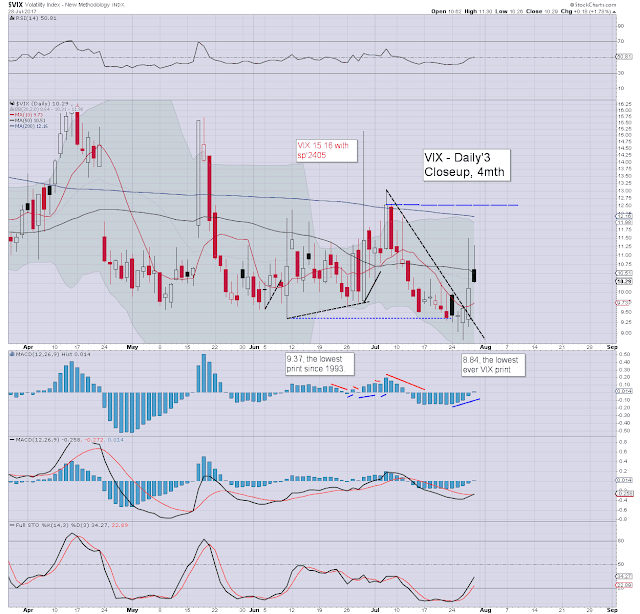 US equities ended the week with a fair amount of moderate chop. The settling candle was of the reversal type, but there is little reason to believe the market won't resume lower next Monday. Underlying MACD (blue bar histogram) cycle is set for a bearish cross late Monday, or certainly at the Tuesday open. Prime target remains sp'2435.

Things would get 'interesting' with any price action <2425, but that looks very unlikely. Keep in mind, today saw the Dow break (if fractional) a new historic high. Broader price action remains 'scary strong'.

As for volatility, the VIX saw a high of 11.30, but with a moderate equity recovery into the late afternoon, the VIX cooled. However, its notable that the VIX managed a fifth consecutive net daily gain, the best run since mid April. Further, the fact this occurred within a week where we saw VIX break a historic low of 8.84, is rather notable indeed.

*the weekend post will appear Sat'12pm EST, and detail the US weekly indexes
Posted by Trading Sunset at 21:54:00
Email ThisBlogThis!Share to TwitterShare to FacebookShare to Pinterest
Newer Posts Older Posts Home
Subscribe to: Posts (Atom)