Weakness to start the week 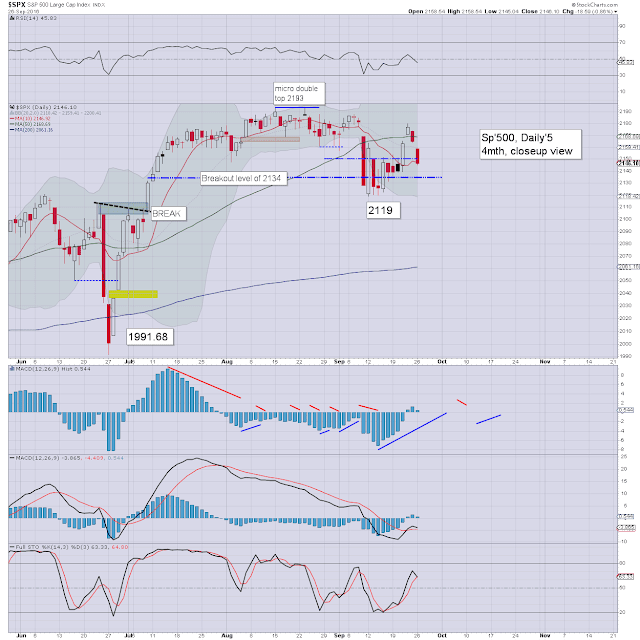 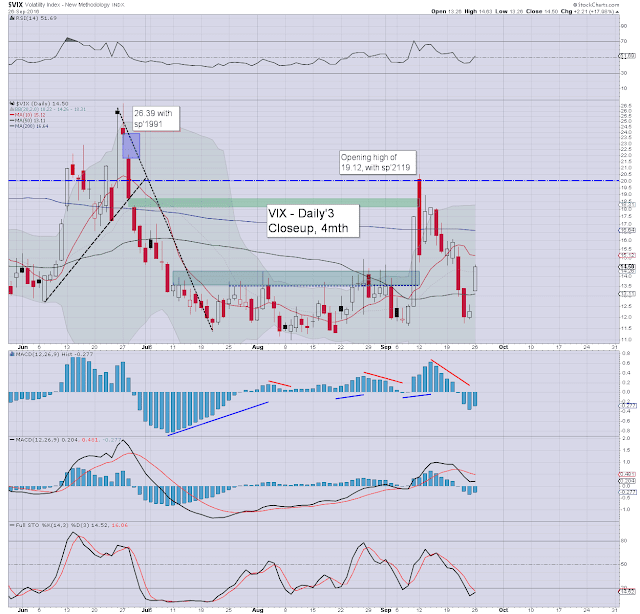 So, some weakness to begin the week. Yet... last week began weak, only to result in most indexes building sig' net weekly gains.

For now, I just can't take seriously any such weakness. Things only turn a little bearish if the recent low of 2119 is taken out, and that doesn't look likely this week.

As for VIX, a very sig' net daily gain of 18%, but that only takes the VIX to the mid 14s. The key 20 threshold looks as distant as it usually does. 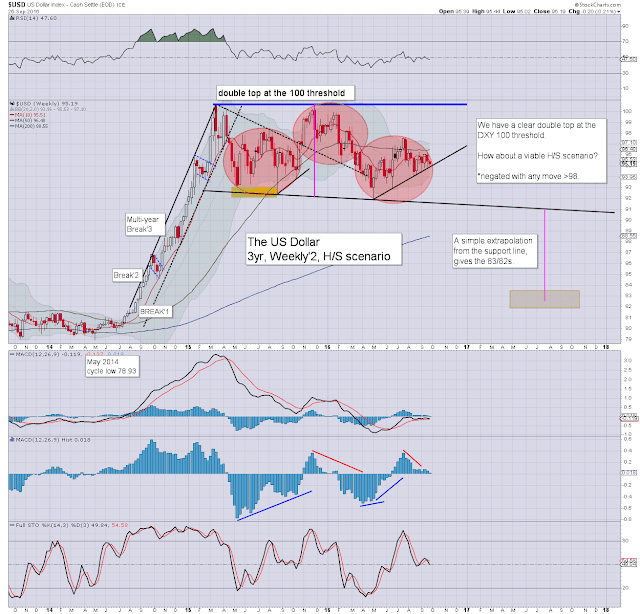 A slightly cooler dollar to start the week. Any move into the DXY 94s would be somewhat interesting. Those equity bears seeking a massive correction before year end, really ought to be seeking the DXY 97/98s... with an eventual breakout >100.

I guess I should conclude today by saying.... 'enjoy the show' at 9pm EST.