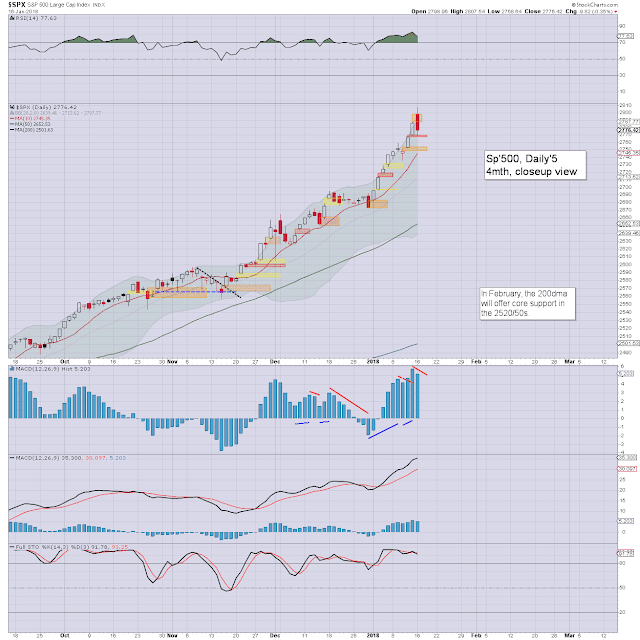 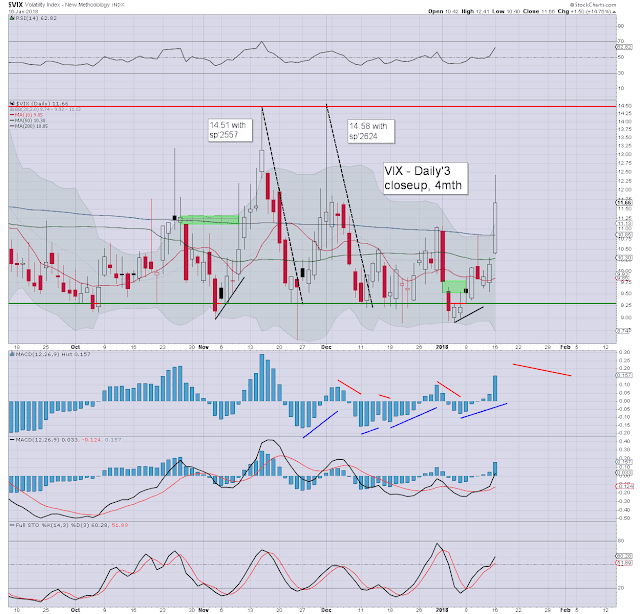 Trading day 10 of 2018 began on a very bullish note, with all six of the main indexes breaking new historic highs. However, the market became stuck at sp'2807, and saw increasing weakness into the mid afternoon. The fact we actually filled the opening gap is something of a novelty.

With equities seeing a significant reversal to the downside, volatility picked up, with the VIX breaking into the 12s, for the first time since Dec'1st. The 12s aren't exactly anything for the VIX bulls to get excited about though.

Watching the cheerleaders this lunchtime, it was the same old nonsense. They are still overly twitchy as the market just keeps on broadly climbing. Now they are using words like 'Acceleration'. Anyone remember the Christmas tree picture I did? Anyone starting to fully realise what is actually happening here?

-Few are considering that commodities are on the edge of a major surge (CRB >197s)
-Price structure in many world markets (Russia, China, Italy) offers 'basic upside' of around 20%
-A number of key world markets are close/in the process of breaking out, giving high confidence for the spring/early summer
--