US equities closed moderately weak, sp -7pts at 2375. The two leaders - Trans/R2K, settled lower by -0.6% and -0.7% respectively. VIX settled +2.5% at 11.24. Near term outlook offers upside into the low 2400s, as the equity bears remain powerless. Energy sector remains key to negating the threat of a basic main market retrace of 5%. 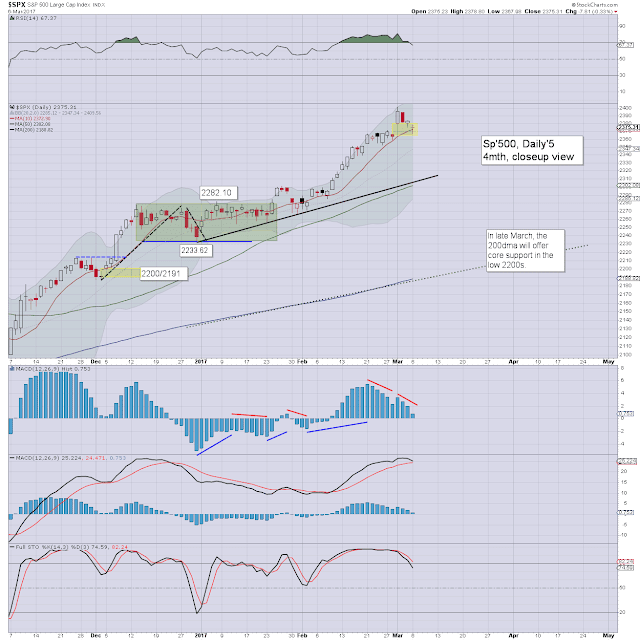 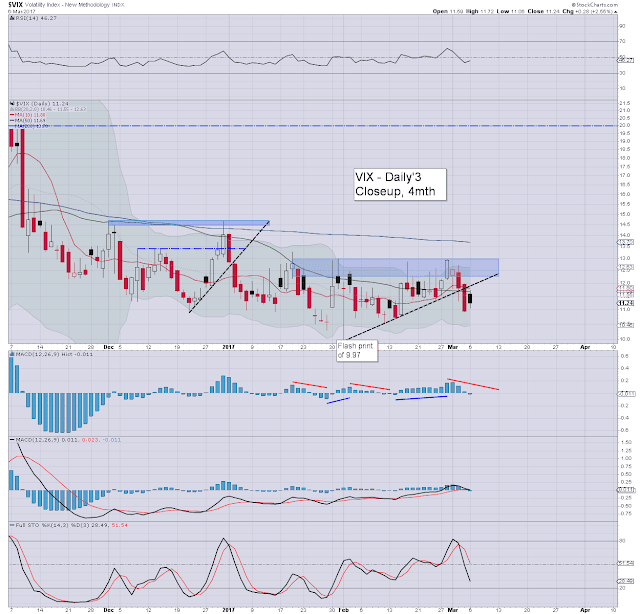 Suffice to add... Mondays have lately generally favoured the bears, but 'moderate' declines are all that have been achieved. There is little reason why we won't see renewed upside into the sp'2400s later this week.

VIX is naturally subdued... and almost saw the 10s this afternoon. Even if the fed raise rates next Wednesday, VIX 14s look a stretch.
--

Today was overlooked by many, but its been a full eight years since the collapse wave intra low of sp'666.79 on March 6th 2009. 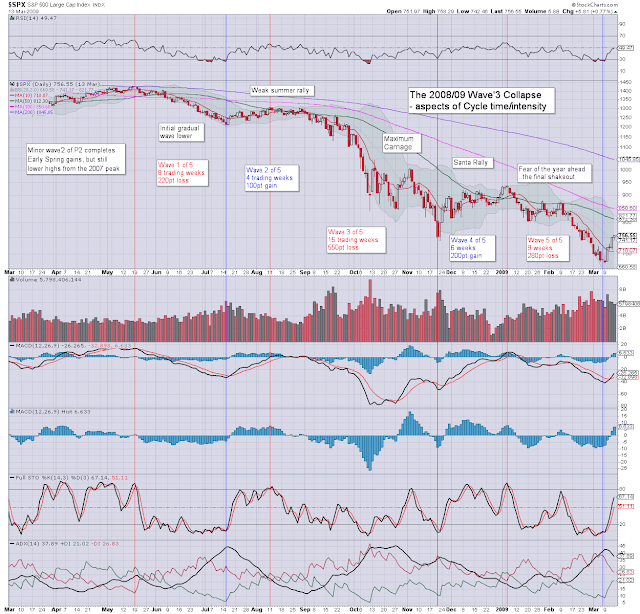 For the wave counters out there, the above chart is pretty in line with what many of you believe. Anyone who has been following/trading this market since that time deserves some kind of 'endurance' prize. On that retrospective note...