Volatility back to the January lows

With some of the indexes pushing to new highs, the VIX lost what little upside momentum it had built in the previous few weeks. VIX is right back to the lows from late January, closing -2.5% @ 12.66. 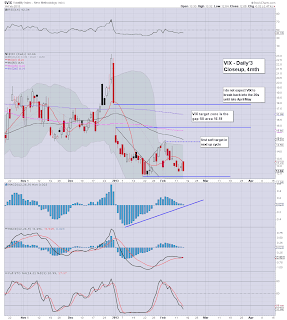 There is little to be said, other than it remains...a near 100% fearless market.

Its almost a wonder that the VIX isn't yet in single digits.

I guess that can wait for the late spring...or the summer.
--

As it is, VIX 16's look as far away at VIX'20, and the latter seems unlikely for many...many months.

--
more later...on the indexes
Posted by Trading Sunset at 23:00:00
Email ThisBlogThis!Share to TwitterShare to FacebookShare to Pinterest

Closing Brief - No love for the bears

Just another day in market land, with a few of the indexes making all time historic highs. It is somewhat bizarre to notice so many out there touting a turn. There is NO turn. There is no stopping this market. Primary trend is relentlessly higher into the late spring. 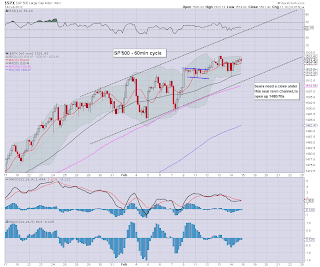 Indeed, its getting laughable to see so many out there posting bearish charts, not least those with targets in the low 1300s..or even lower.

How can anyone have the audacity to suggest a turn, whilst the indexes are merely cruising higher..and putting in new historic highs..day after day?

*That's assuming the Fed continue their POMO program. If that's pulled later this year..then...the game changes.
Posted by Trading Sunset at 21:01:00
Email ThisBlogThis!Share to TwitterShare to FacebookShare to Pinterest

Mr Market comfortably recovers those earlier lows, and we're back to roughly flat. It remains a sea of minor noise...amongst an underlying trend that bodes for far high levels across the weeks...and months to come. 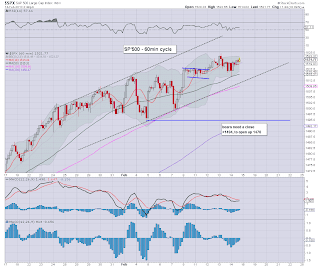 Its just another day in rigged-casino land. Its beyond laughable..those regular opening minor declines..which evaporate within the first hour or two.
-- 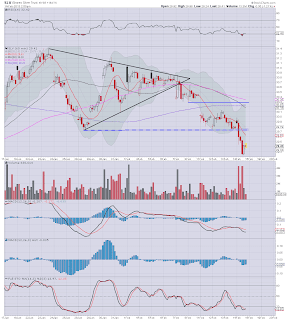 SLV in the low 28s looks very viable..and that will be a very tempting place to go long into the early summer.

12pm update - the market that will never fall

Well, its just another replay. Opening minor declines..and the market recovers into the afternoon. VIX is back in the low 12s. Metals are again weak, somewhat pressured by a higher dollar. 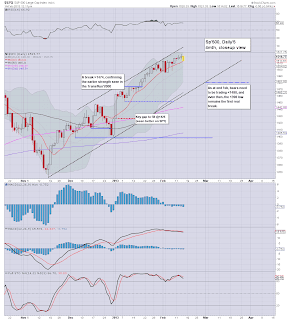 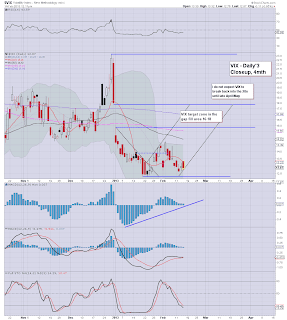 What to say? Really, there isn't anything.

Trend is up. Fuelled by POMO, aided by the HFT algo-bots..and supported by the deluded maniacs on clown finance TV.
-- 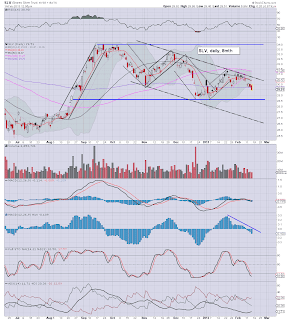 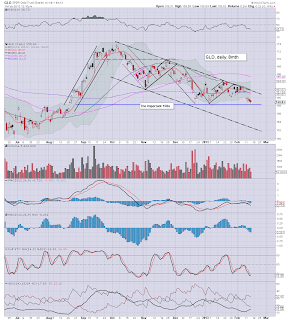 --
*I'm beyond sick of stupid PC problems. So much for MSFT, putting out inadequately tested software updates.

Posted by Trading Sunset at 17:15:00
Email ThisBlogThis!Share to TwitterShare to FacebookShare to Pinterest

Another day of nothing lined up. Minor opening declines, but why would they last? We have a giant POMO of 4-6bn, and that new money is thrown at the primary dealers by 10am. We could easily be trading in the 1530s later today. 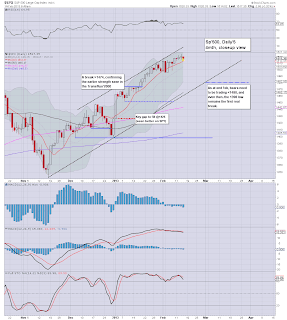 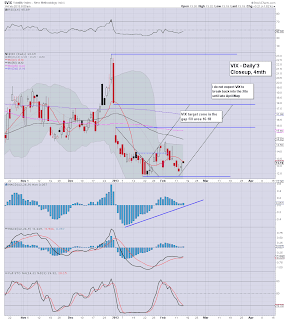 Why would we close lower today? Its a giant POMO day.
-

*ohh, and by the way, if you are offered a windows update...maybe hold off for a week or so.

My PC just got trashed by the update package. I've checked around, and it seems a LOT of PCs are being destroyed by this inadequately tested update.  What a great start to the day.
--

back later
Posted by Trading Sunset at 14:52:00
Email ThisBlogThis!Share to TwitterShare to FacebookShare to Pinterest

Another day higher for the US markets, with each of the main indexes setting new post 2009 highs. It remains an incredibly strong market, no doubt partly because of the indirect support via the US federal reserve's 'POMO' program. 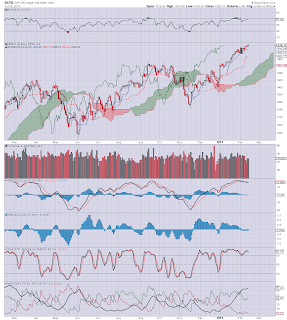 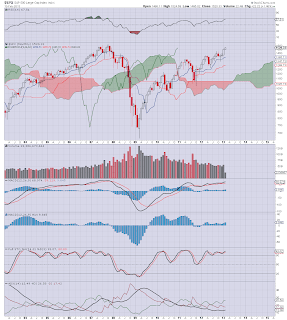 How long can this new rally phase last?

In my view, its going to be at least another 2 or 3 months until the market will have its first chance at anything more than a 2-4% correction

By late April/early May we could easily be trading in the sp'1600s.

Lets assume we battle all the way to the sp'1650s.

The monthly chart offers cloud support @ 1200s. Does anyone seriously think we have a chance at breaking down to that level this year?

Frankly, assuming the POMO program continues, I think bears will be lucky to see sp'1400/1350..and that's only if the market gets briefly 'spooked'.

However, if bears can 'somehow' get this market to close moderately in the red tomorrow - despite the POMO $, then there is again a tiny chance at a retracement. Yet, even then, the 'best hope' is now the 1480/70s, which barely rates as even a moderate drop.

I have my eyes on the metals and the Oil/energy sector. I'll be looking to go long on those within the next week or two.

The main indexes closed a little higher (yet again!). In fact, ALL the main indexes put in new post 2009 highs. Even the lagging Nasdaq has finally broken the highs from last September. Primary trend remains strongly higher, with no sign of a turn lower. 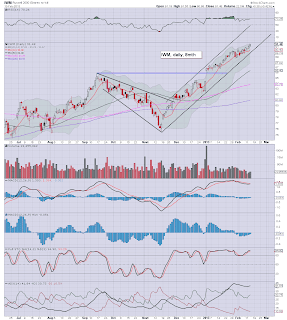 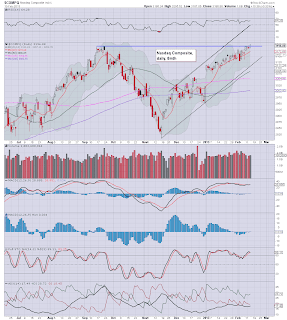 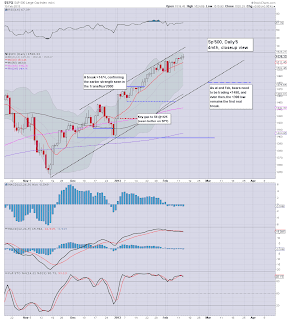 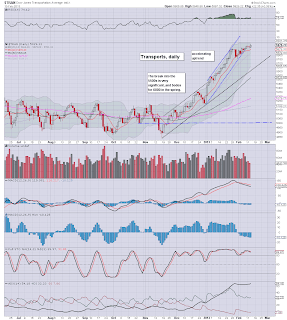 A little weakness earlier today, but once again negated by an afternoon recovery rally.

There is a huge POMO day tomorrow of $4-6bn. It could easily be something of a 'valentines day massacre' for those on the short side.

As ever, we shall see.
--
A little more later
Posted by Trading Sunset at 01:00:00
Email ThisBlogThis!Share to TwitterShare to FacebookShare to Pinterest
Newer Posts Older Posts Home
Subscribe to: Posts (Atom)