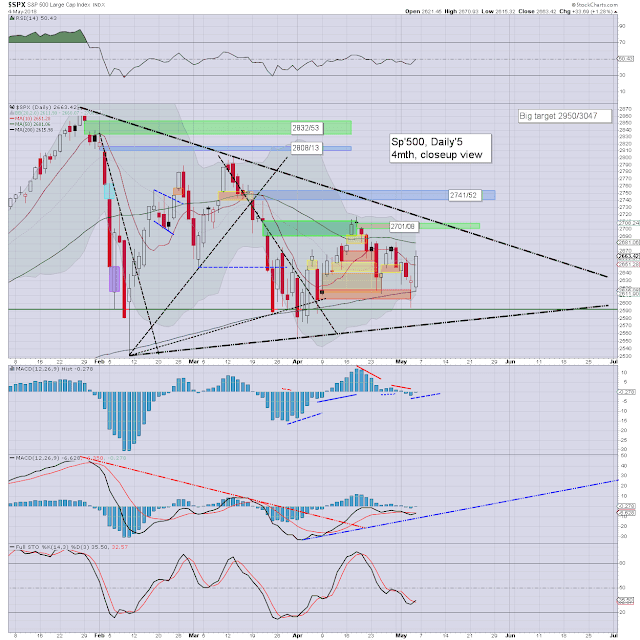 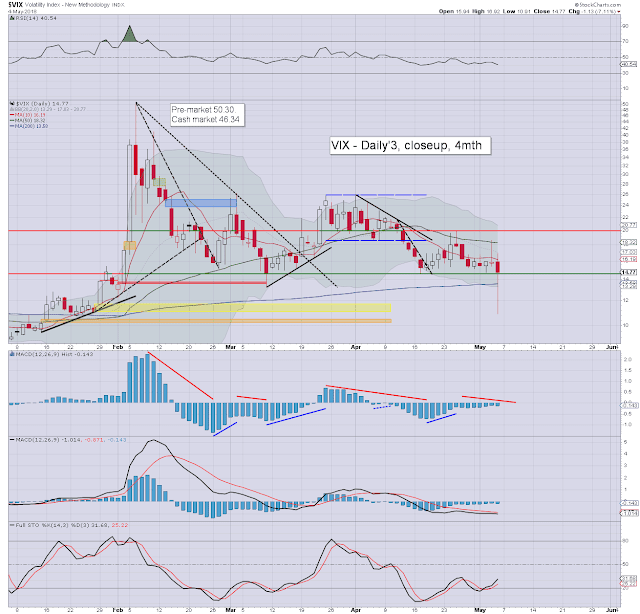 US equities opened moderately lower, with yet another test of the 200dma at sp'2615. There was an opening reversal, with equities powering back upward. There was certainly some degree of short-stop cascade, but also a case of 'bullish chasers' piling in.

Volatility saw an opening high of 16.92, but was naturally ground lower as equities powered back upward. This was notably the fourth consecutive net weekly decline in the VIX, and is indicative of underlying capital market confidence. 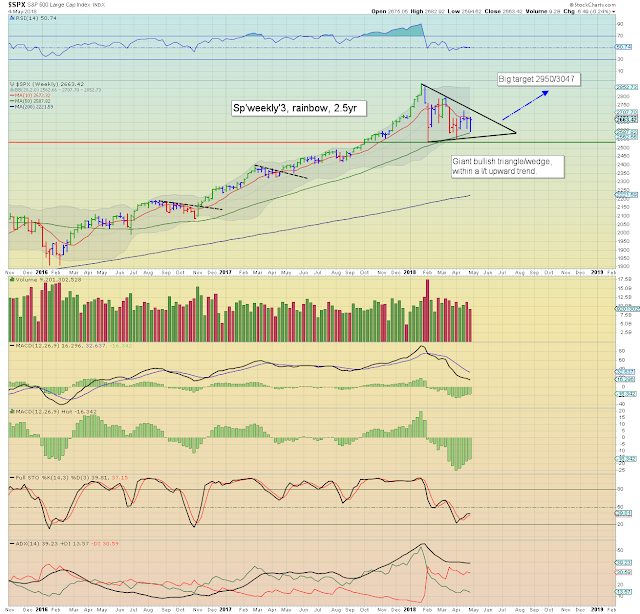 The sp' saw a net weekly decline of -6pts (0.2%). Broader price structure is a giant triangle, which is inherently bullish. A break above the upper side (currently 2720s) appears a given, whether next week, or not until June. Original big target of 2950/3047 still looks due.
--

For the Black Panther fans out there...

Goodnight from London
--
*the weekend post will appear Sat'12pm EST.
-