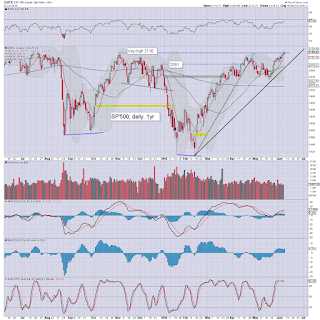 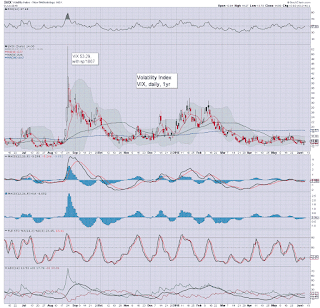 VIX remains broadly subdued, ahead of next week's FOMC, when (as most agree), the Fed will once again refrain from raising rates. This time they have excuse number 427 'lousy jobs data', along with excuse number 428 'looming BREXIT vote'.

All things considered, a down wave to at least briefly test the recent key low of sp'2025 looks due. If the market holds above that low, the VIX will not see any sustained action above the key 20 threshold.

*the audio is a little off, but its worth sticking with. 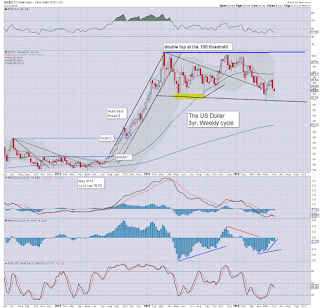 The market continues to believe the fed won't raise rates next week... nor in July (not least if Q2 earnings come in weak). Broadly, the USD remains stuck in a near 10% range since the first hit of the DXY 100 threshold in March 2015. The dollar doomers have nothing to tout unless a break <90.
-