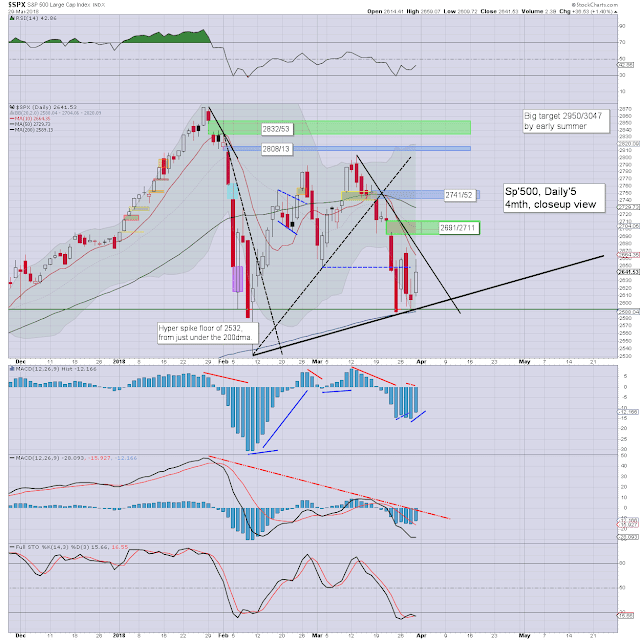 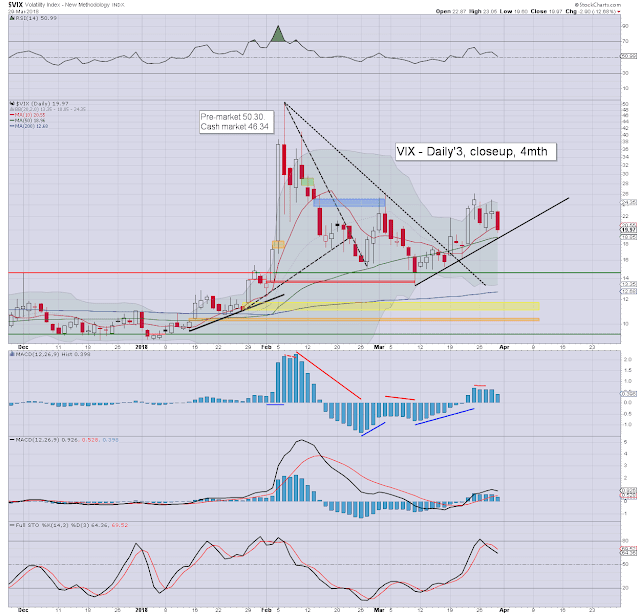 The market opened moderately higher, but the gains were shaky, and the Nasdaq even turned briefly negative. There was renewed upside that took the market to significant gains into the mid afternoon. The closing hour was naturally rather mixed, swinging from an intra high of 2659 to settle at 2640, notably well above the key 200dma.

With higher equities, volatility was crushed, with the VIX settling (if fractionally) under the key 20 threshold. The last five days of price action in the VIX threaten a bull flag, with a corresponding bear flag in equities. That does merit consideration for next week. 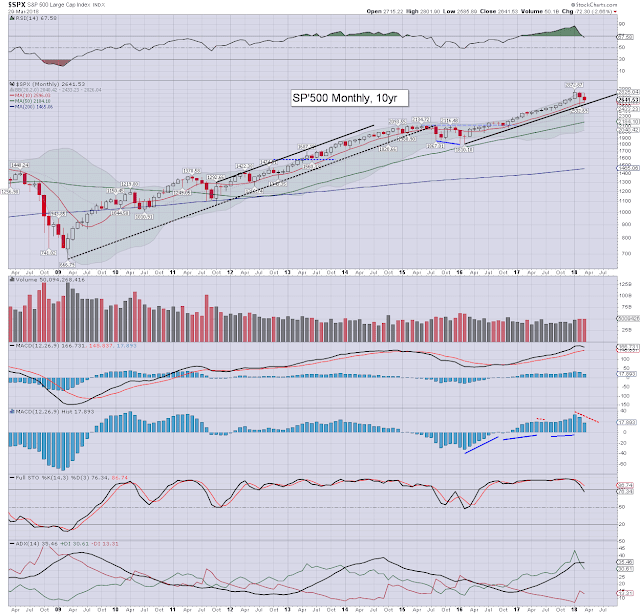 The sp' settled net lower by -72pts (2.7%). Relative to February, we saw a lower high, but the March low of 2585 was well above the Feb' low. The settlement of sp'2640 is 44pts above the key 10MA of 2596. So, whilst we saw a second consecutive net monthly decline, it was not a bearish monthly close. Underlying MACD (blue bar histogram) cycle ticked lower for a second month, and a bearish cross is due in May. If we're to avoid that... the bulls are likely going to need to see the market back in the 2800s.