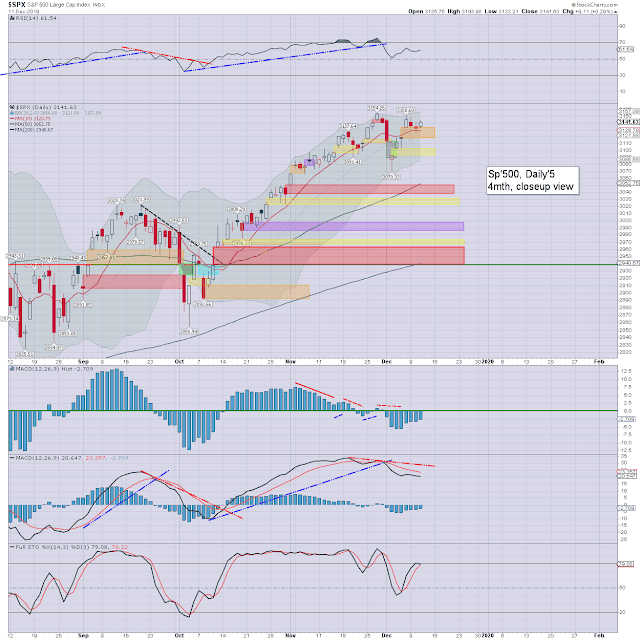 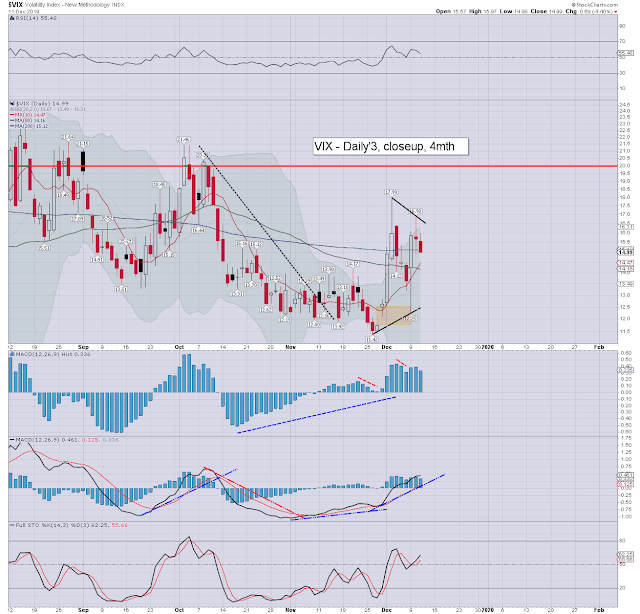 US equities opened in minor chop mode, and remained that way into the 2pm press release from Print Central. 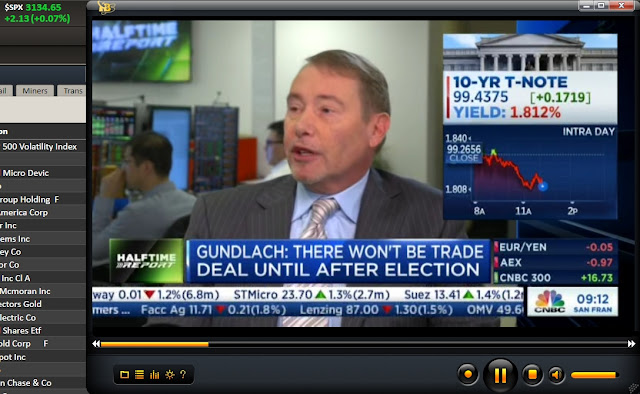 Gundlach appeared with Wapner of CNBC. It was an interesting interview, with Gundlach not seeing a recession in 2020. Neither does he see even a 'phase'1' trade deal before the next election. Finally, a second term for Trump is his 'base case' as the democrats are (unquestionably) struggling to find a viable candidate who could realistically challenge Trump.

His comments on government deficit spending accounting for ALL of current growth is something that will be overlooked by many.

The afternoon saw a press release from Print Central, which not surprisingly detailed no change in policy. 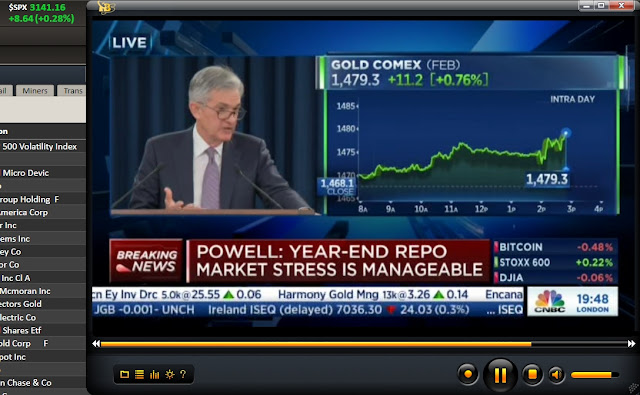 Powell covered a fair few issues via the Q/A, not least the ongoing overnight REPOs. Today's cooler USD helped kick Gold, Silver, and the related miners upward. I'd imagine the US President will be pleased if the dollar cools into year end, and across 2020.

Thursday will see the UK have a general election, with all 650 seats up for the taking.

Q. What is my call on it? Its tough to call, not least as I'm seriously biased on this matter.

For the record, I'd like to remain within the EU, and for that, I need either another coalition government, or an outright Corbyn/Labour victory. To be clear, I'm no supporter of any of the main UK parties. I'd merely like to keep my right to live and work anywhere within the EU.

The vote should be pretty tight. My best guess is for no party to have a clear majority. I see a moderate chance of a Corbyn/Labour majority.

The UK economy is stagnating (Oct' GDP 0.0%) as consumers and businesses are holding back on spending/investment. The mood, not least in the London metropolis, is NOT good. Voters can be expected to protest-vote against Johnson/Conservatives.

I should note, if BREXIT is eventually cancelled altogether, that would be bullish the GBP and Euro, and by default... bearish the USD. A weaker dollar is something almost everyone wants, not least the US President.

Finally, I would note that the mainstream have called every major political event wrong for some years.

... and currently, they see a Johnson/Conservative victory.
--


... and finally, perhaps one of the best (unintentional) pics I've ever taken. The rising full moon, with a plane (descending toward Heathrow) breaking into shot.