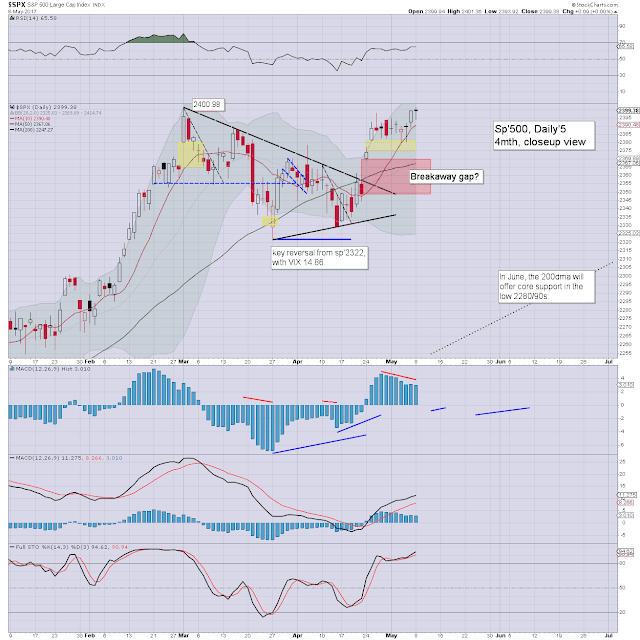 A new week, and we've already seen new historic highs (if fractional) for the Nasdaq comp' and the sp'500.

Underlying price pressure remains 'scary strong', and we're seeing that reflected in a VIX that is now starting to regularly see the 9s. Today's low of 9.67 was the lowest level since Dec'2006.

As for Macron, it was a win as expected. No doubt, Le Pen will be waiting in 2022 to seize control, unless things spiral out of control much faster.
--


An icy market for the equity bears


Today was a struggle for yours truly, mostly due to lack of sunlight, but also due to the continued realisation that this market looks set to climb for at least another 10-12 months. This is largely based on various technical aspects in other world markets that I've vainly tried to highlight in my weekend posts.

At some point we're going to max out, but that does look a long ways off. I hope I will still be around when this market maxes out before the next giant retrace of 40/50%.
--

*as ever, extra charts in AH @ https://twitter.com/permabear_uk