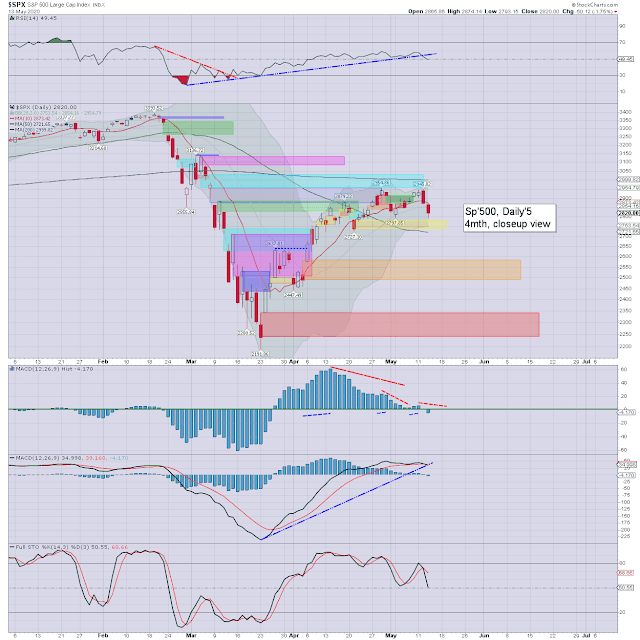 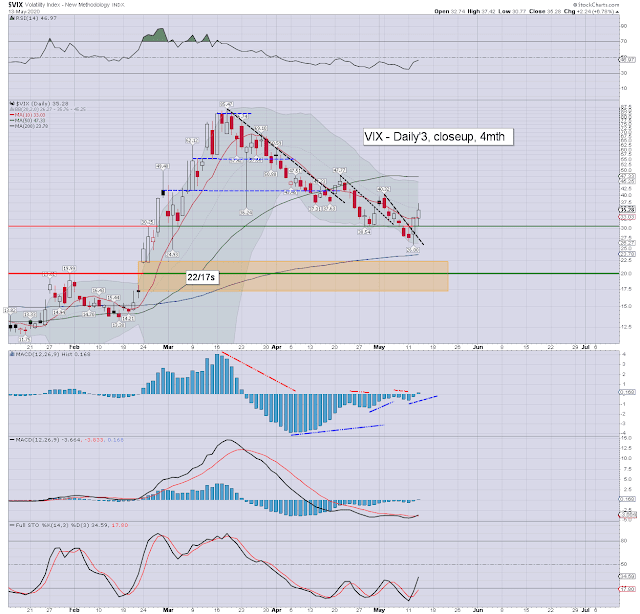 US equities saw a fair number of overnight/pre-market swings, opening on a broadly weak note. Even the algos weren't buying Powell's latest nonsense... 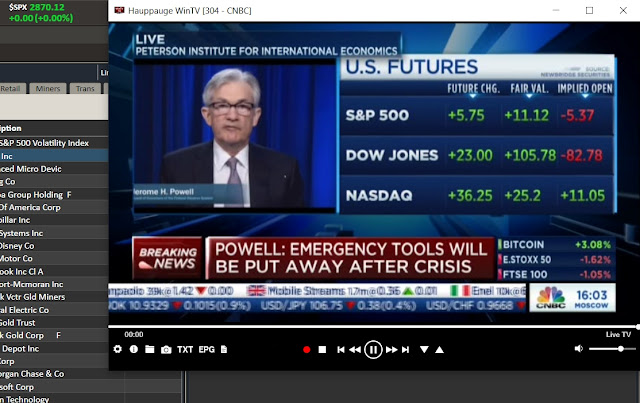 The SPX saw an early low of 2839, with the US President then appearing...

Trump has taken occasional swipes at those short the market for some years. It should be clear, this morning's comment, is absolutely due to the Tuesday and early Wednesday declines.
Trump is rattled, and he is reflective of the increasingly twitchy mainstream cheerleaders, who are still touting their V-shaped delusions.

The market leaned rather powerfully weak into the late afternoon.
Volatility climbed for a second day, the VIX settling +6.8% at 35.28.
--

Yesterday saw the US President again support neg' rates, calling it a 'gift' to those countries that currently have it. We also saw the Cramer tout "If we do get negative rates, that is good for stocks".

The fact is that negative rates are inherently destructive. By definition, they are deflationary, and a hindrance to all genuine capital formation. 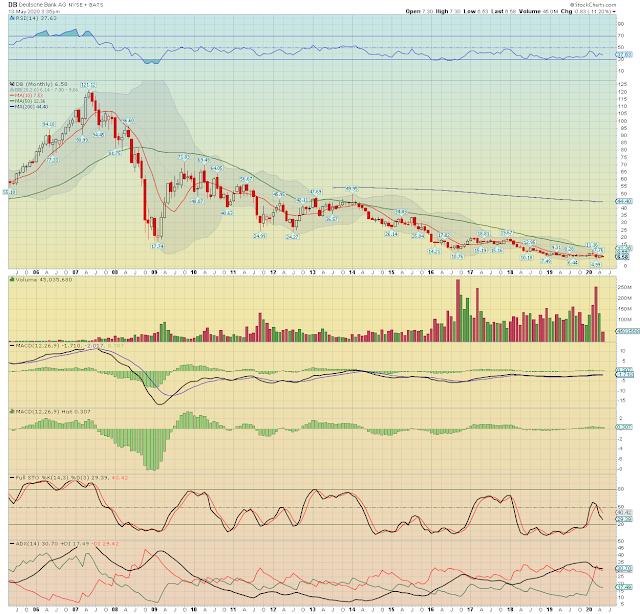 Ohh, and if you think I'm cherry picking stocks by selecting the infamous Deutsche Bank. I could throw dozens of similar charts, as almost all of the European and UK financials look much the same.

The Gundlach - who has often fawned over Powell, is increasingly concerned the fed will move to negative rates...

I would argue, the collapse in rates to zero already merits as FATAL. Negative rates will merely speed up the destructive process.
--

A monstrous majority do not believe NIRP would be a net positive. 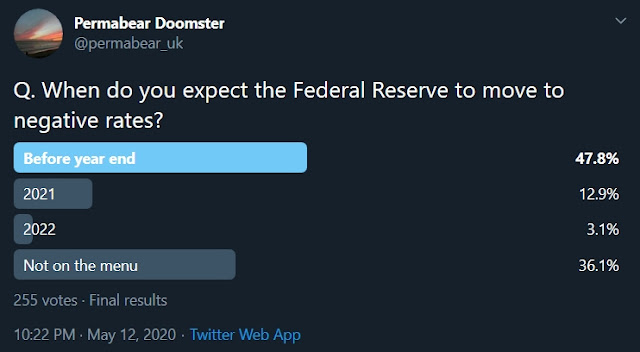 Almost half now expect NIRP by year end. For the record, I do expect negative rates, whether late this year, or by mid 2021.

A massive majority do not believe in the much touted V-shaped economic recovery, and yours truly most certainly agrees. Yes, there will be a recovery from May/June onward, but it will likely be no more than half of the Q1/Q2 collapse in GDP, that is probably on the order of -35/40%.
--