The Ultimate mind frak for traders?

The 13 day decline of the sp' from 1416 to 1291 has surprised a lot of traders. So far we've not even seen any major declines of 3-5%. The decline has been slow, but steady, even the VIX has remained at a relatively moderate level of 25%. The big question this weekend is of course...what now?

Where does this crazy market go from here? I read around a lot - maybe too much, and certainly have viewed too many hours of those cheerleading maniacs on the various financial news channels. Perhaps I've become too clouded this past week?

Anyway, first, lets take a look at the following chart, which details the 3 main scenarios that are currently out there in the financial blogosphere. 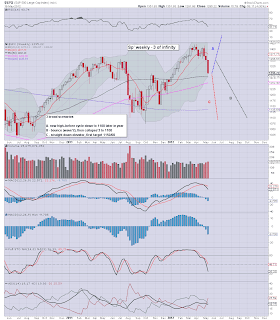 C', arguably the 'doomster' outlook, a straightforward continuation into the low 1200s, possibly spiralling into June to 1100. No bounces here.

Scenario A' would be one hell of a disturbing wave for many short term traders. The bulls - many of whom are now finally turning bearish - and conceding a move to sp'1100s, would be annoyed to see a strong bounce to a new high. Similarly, the bears - now getting hyper excited for continued falls into June would be utterly dismayed to see indexes break new highs in a matter of just 4-6 weeks.

Even worse of course, a new high..but one that only lasts a few days or weeks. Luring in a new set of bulls at the top, and kicking out all but the die-hard permabears.

Yep, that scenario would be one hellishly annoying wave for just about everyone.
--

Next, lets keep in mind the bigger monthly scenario chart which I have regularly highlighted. 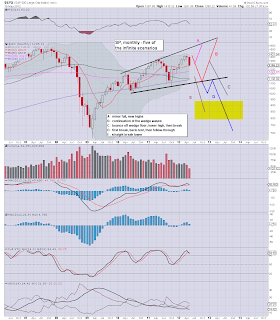 I suppose you could say scenario'A on the weekly chart, would equate to scenario A' on the monthly chart. Whether we just keep cycling higher to the upper channel line of sp'1550,  I don't think that's what matters too much right now. What does matter is whether we bounce from the current level, and then actually break the recent index highs.

*It remains a little disturbing to realise that scenario E on the monthly chart is currently viable.
--

The following chart is something new for this weekend...so take a look! 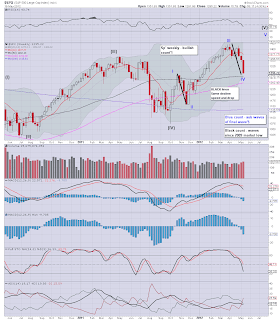 You can see that the current decline is very much equal to the decline from last Octobers peak to the November low. The count itself looks very elegant in form, with wave blue'5 starting this coming week. It makes for a very curious observation, and naturally, it makes me wonder if scenario'A is actually going to happen, starting within 1-7 trading days. We'll soon know.

The above two links I highly recommend. I will note also (I forget the name), a self-admitted permabear guest who was on CNBC Europe just over a week ago, and he was looking for a bounce around these levels, with a final high in June/July. There are doubtless many others - not least the Permabulls, who are similarly looking for a rally from current levels.

As ever, its just something to consider.

Goodnight
Posted by Trading Sunset at 22:00:00
Email ThisBlogThis!Share to TwitterShare to FacebookShare to Pinterest

A decisive week for the bears. The monthly world index cycles have been warning of trouble as early as January. This week absolutely confirms the overall outlook. Whether we get a bounce - of whatever size, seems a secondary issue now. This market is going down into the sp'1100s at some point this year. Whether 1100 is the floor, well, we'll just have to see what happens when we're at that level. 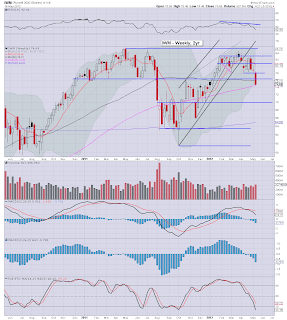 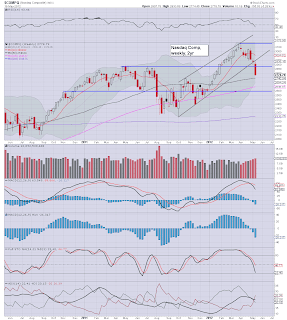 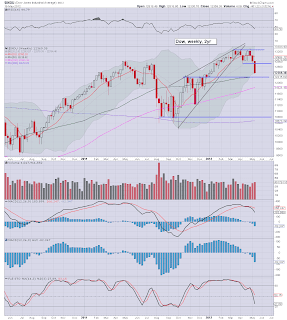 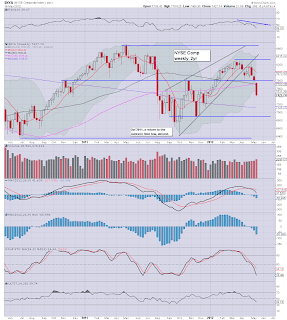 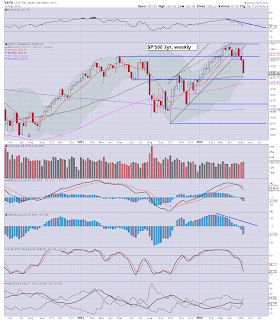 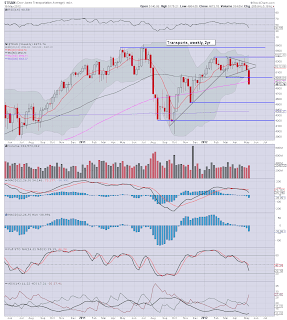 More than anything, the Transports index was the key. As I've been saying for many weeks now, watch for a break. A strong break we have seen, and it one to the downside - the monthly chart highlights this even more starkly.

Q. A bounce is coming..or just a straight elevator to hell ?

There is a lot of chatter about whether this is a 2008 style (or worse) collapse wave, or if we can bounce to say 1380 - before a wave'3...or even put in one final June high. I think I'll cover that later this weekend, for now, I think most can agree.. we have now red 'SELL' flags EVERYWHERE.

The daily and weekly cycles ARE oversold, but neither show any sign of a turn yet. The VIX @ 25 is further added confirmation of the overall bearish summer 2012 outlook.

More later...dealing with the possible paths from here.
Posted by Trading Sunset at 16:24:00
Email ThisBlogThis!Share to TwitterShare to FacebookShare to Pinterest

Not following my own charts

A very bearish week for the market, even the close today was once again weak. 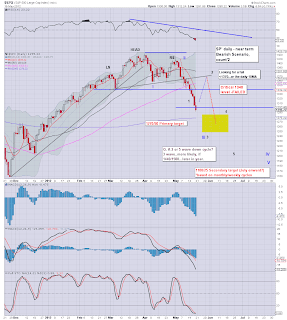 The H/S formation was confirmed, we had the break below 1340 - the March support level, and we have been slowly - but steadily, falling all this week. A thirteen day down cycle, with no sign of levelling, never mind actually turning back upward.

The count on this chart is one where we are taking into account the main monthly chart which suggest 1150/00 within the next few months. Its possible of course that the wave'3 in this daily chart will go much lower than the target box, perhaps as low as 1150 in June.


I make the charts...but not trade them

Once again I've failed to trade the very charts I've been posting up for the last few months  I'm long from sp'1334 (Wednesday morning), and we're now almost 40pts under that.

So, its been a complete waste (never mind the financial aspects), of my time this week, and so far this year. I sincerely hope the rest of you out there are doing infinately better.

Goodnight
Posted by Trading Sunset at 03:00:00
Email ThisBlogThis!Share to TwitterShare to FacebookShare to Pinterest

Just a quick update on those daily index cycles. Many of the 'bearish' cycle outlooks have now hit their primary targets. 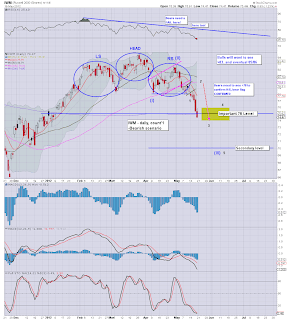 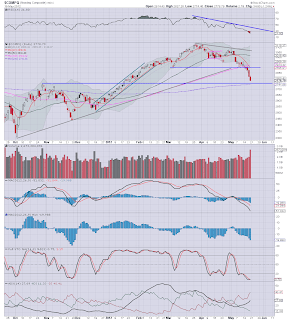 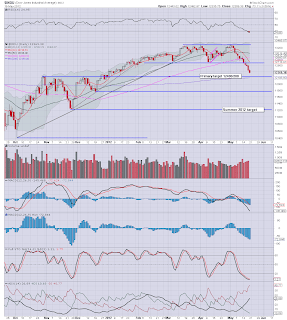 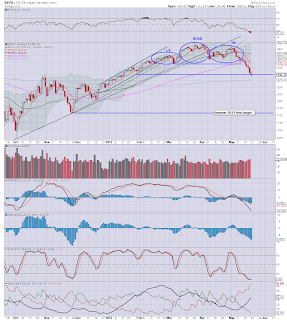 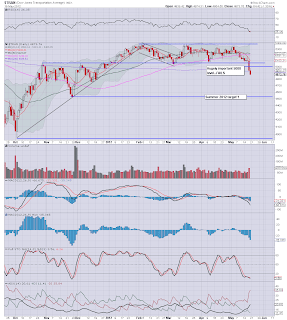 I suppose it should please me to see my bearish targets hit, but I've largely missed out on all the gains from shorting, and I'm currently massively underwater on an IWM long position from the equivalent of sp'1334. A lousy week for me, I need to see a bounce!

That's probably it from me for tonight, more across the weekend.
Posted by Trading Sunset at 00:00:00
Email ThisBlogThis!Share to TwitterShare to FacebookShare to Pinterest
Newer Posts Older Posts Home
Subscribe to: Posts (Atom)