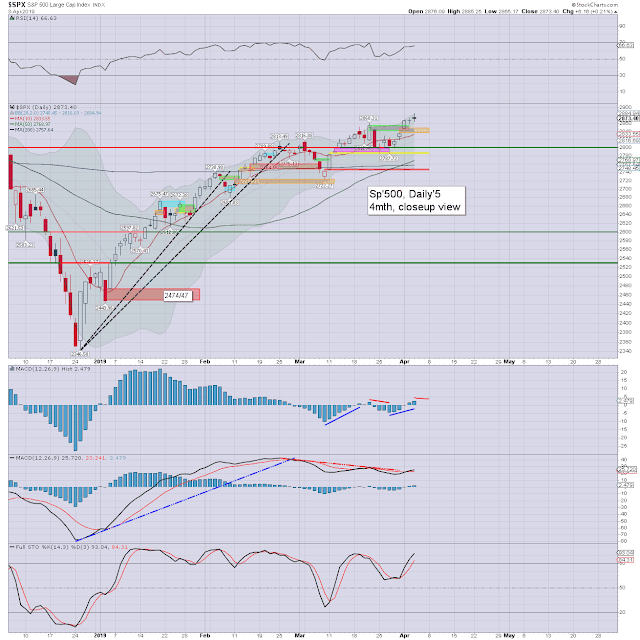 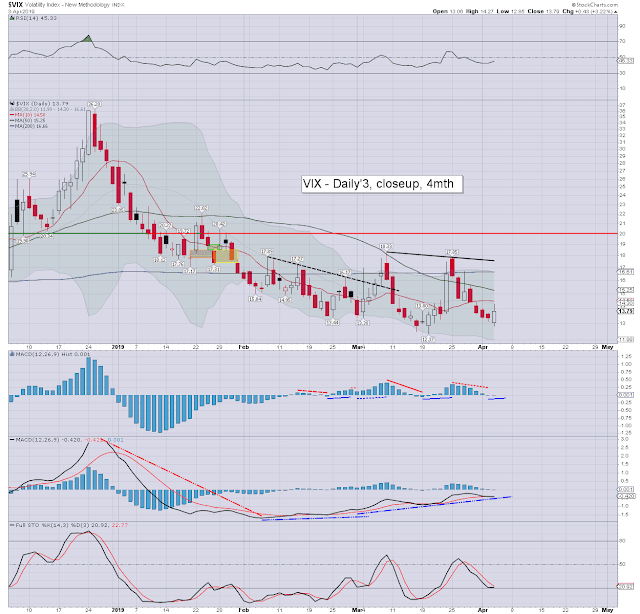 It was another day for the equity bulls, as the SPX continued its push toward the 2900s. Volatility was subdued, with the VIX churning within the 13/14s. The s/t cyclical setup favours the bears for Thursday, and that might stretch into early Friday. The sp'2830s - with VIX 15/16s, aren't a stretch. 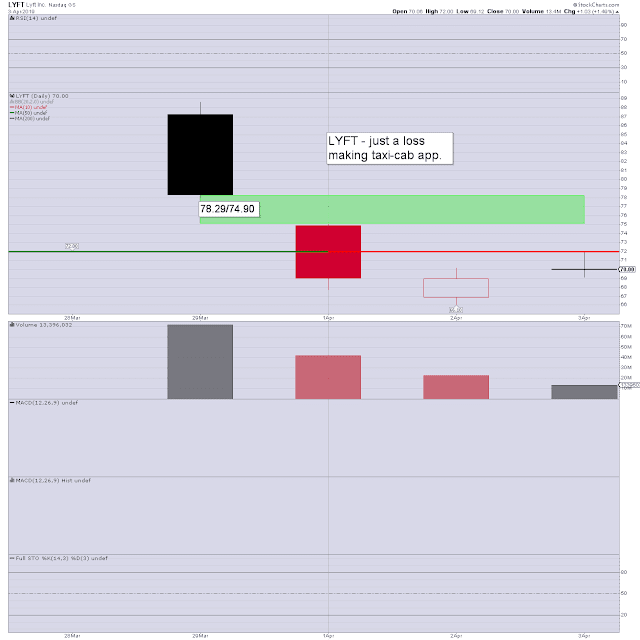 Today's candle settled black, and leans s/t bearish. Options will begin trading in Lyft on Thursday. A tag (not necessarily a full fill) of the gap zone looks probable, before breaking new lows. Psy'50 appears a given. Today saw a second analyst - Zepherin, who are seeking the $97s, counter to Seaport Global's $42s. 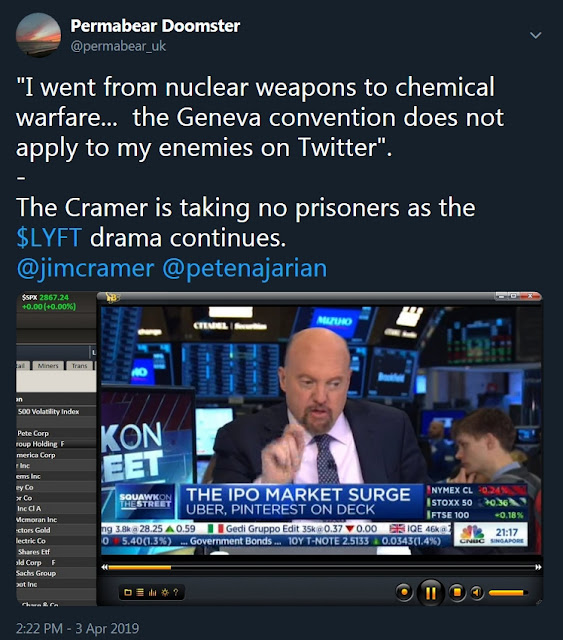 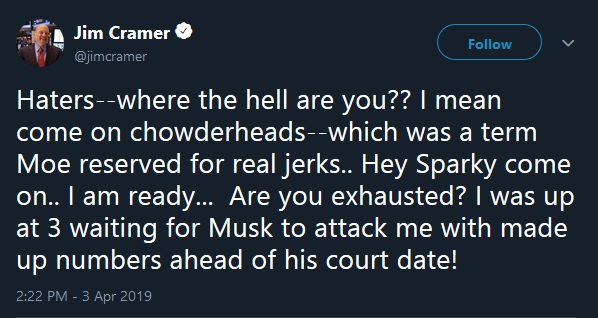 Whatever you might think of the infamous Cramer, some of his comments are pretty amusing. No doubt, he faces a truck load of fierce criticism on Twitter, but he does seem to enjoy at least some of it.
-- 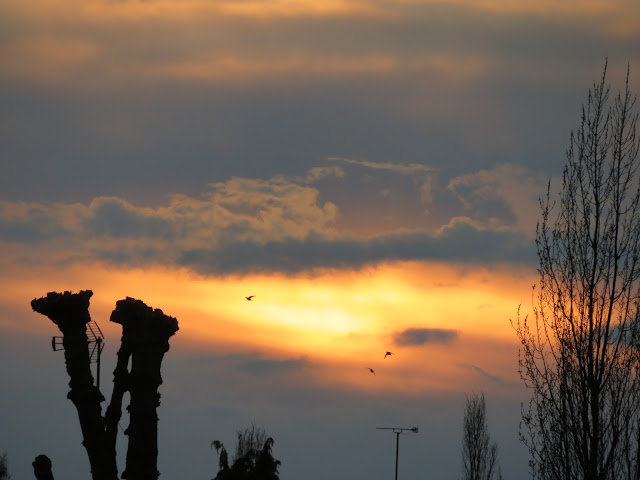 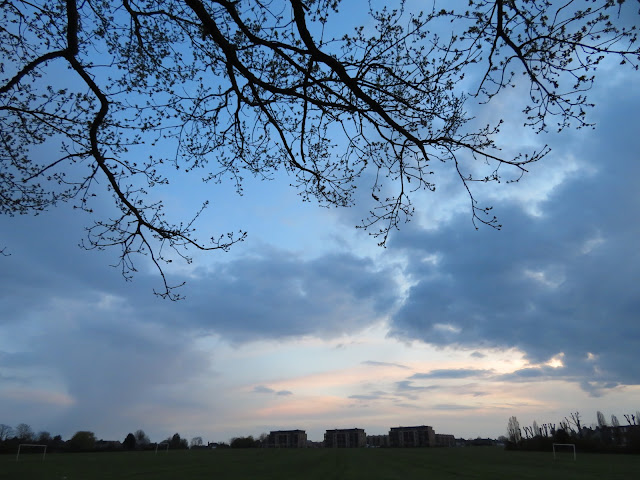