One of the more notable aspects of the past month were the rather significant increases in WTIC Oil and Copper prices, both rising by over 6%. Both of these key commodities remain well below historic highs, but...that won't last forever. 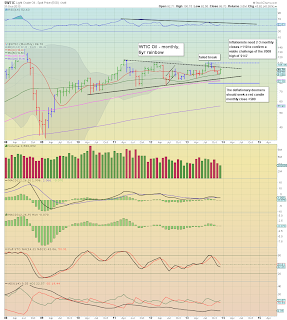 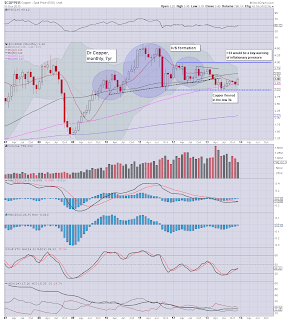 WTIC Oil is just over a $1 shy of the big $100 threshold. Clearly, the growing supply from within the USA is helping to keep prices lower than they otherwise would be. Breaking and holding >$110 will be difficult, but it is surely just a matter of when...than if.

As for Copper, its trading within a fuzzy $3 to $4 zone. Only with a monthly close above..or below this zone will things become clearer. As it is, I have to assume Copper will be trading in the $4s later this year/early 2015.

The following chart highlights the continuing severe disparity between the commodity and equity market. At some point they will again meet. 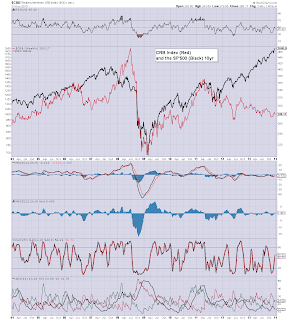 Arguably, worse case for the global economy is that equities will hold..or continue higher, and commodities will soar, in a rather scary inflationary jump. As it is, I still don't expect that for another year, but we could easily see the first sign of it by the early summer.

The remainder of the week has a fair few things. Thursday has the usual jobs data, ISM manu', and construction.

*there is no sig'QE until next Tuesday.
--


Wishing for a good year

In my view, the deflationary/doomer outlook had 2 chances in 2013...both of which failed. As others are also starting to note, we're seeing many of the world equity indexes going somewhat parabolic. Of course, many world indexes remain massively below their 2000/2007 highs, notably the EU PIIGS, China, and Japan.

Also important to note, many will be talking about how the first week or two of January will be a key sign of how the market will trend across the year. Generally, that is indeed the case.

I hold to the original outlook from last summer. A broad rally into late spring, then a summer/autumn smack down..before a final hyper-wave (especially in commodities) into late 2015/early 2016.

Another year of QE 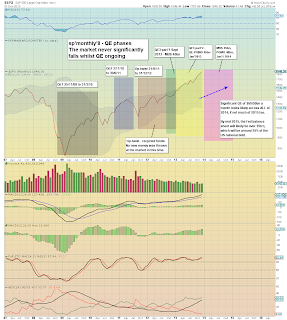 We effectively went straight up across much of 2013, and there is no question that was largely due to the new money - one trillion of it, created by the Bernanke.

As I have always touted 'where else is the new money going to go?' Sure, a little will end up in places like real estate, but the majority of it has ended up in equities.

After all, the capital markets are ironically suffering from low interest rates, everyone is desperate to find a yield/growth of more than 1%. Only the equity market is offering that opportunity. It really is that simple.

We start the year with $75bn a month of QE. $35bn MBS, and $40bn of POMO - T-bond buying. There is little doubt the Fed will probably initiate another 10/15bn cut, probably in the March/May period.

Even if you assume though, $60bn a month on average across 2014, that amounts to an annual $720bn..which is still bigger than the 2008 TARP, that everyone still gets overly focused on.

Another taper in the spring, which the market will cope with, but the market will start to price in much lower QE levels..even a perceived cessation by late 2014/early 2015. With a geo-political 'scare' next summer/autumn (China/Japan ?), I expect the market to get whacked from sp'1950/2050, down to the 1625/1575 zone...before Yellen increases QE..to renew the equity market ramp.

more later....
Posted by Trading Sunset at 15:48:00
Email ThisBlogThis!Share to TwitterShare to FacebookShare to Pinterest 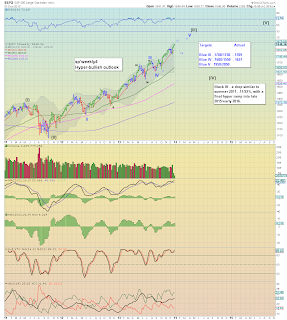 A lot can, and will be said about 2013, which was merely a continuation of the giant wave that began in Oct'2011, when the sp' was a mere 1074. How bizarrely low does that seem now?

We are now month'26 UP...with the sp'500 now 72% higher.  Truly amazing, but then, if you gave me access to a digital money printer, I could probably spend a few trillion too, and end up with much the same result.
--

Anyway, enough of that.

--
*I will probably post some sporadic bits and pieces across Wednesday...some reflective on 2013..but more importantly....on the year ahead 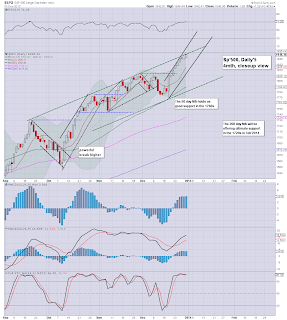 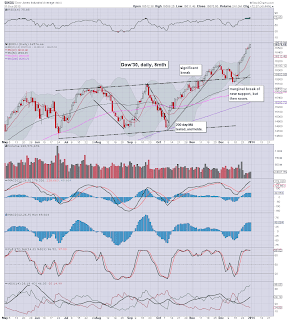 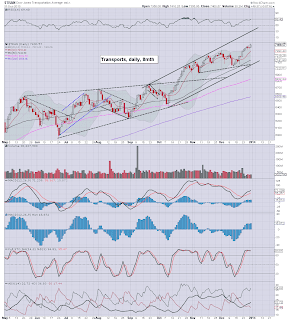 ..and another year comes to a close. Certainly, the hyper-ramp from the Oct' 2011 low of sp'1074 continues. This is month'26 UP, and there is simply no sign of this levelling out yet.

Indeed, seasonally, the bears probably have another 3-4 months to wait.