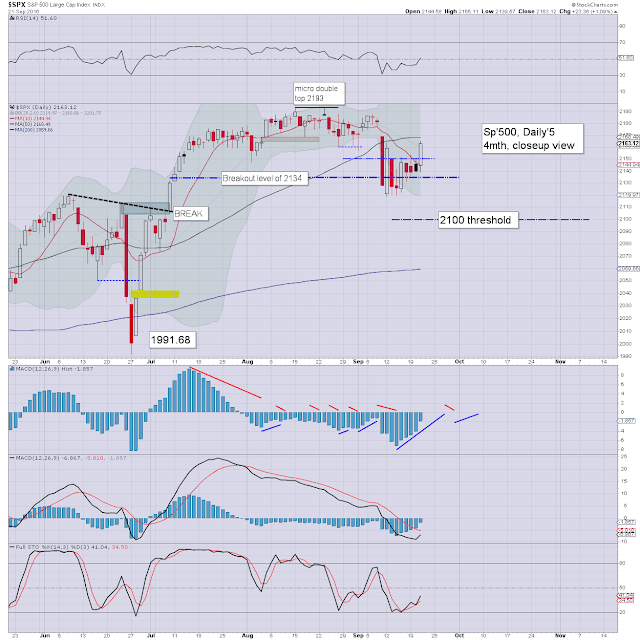 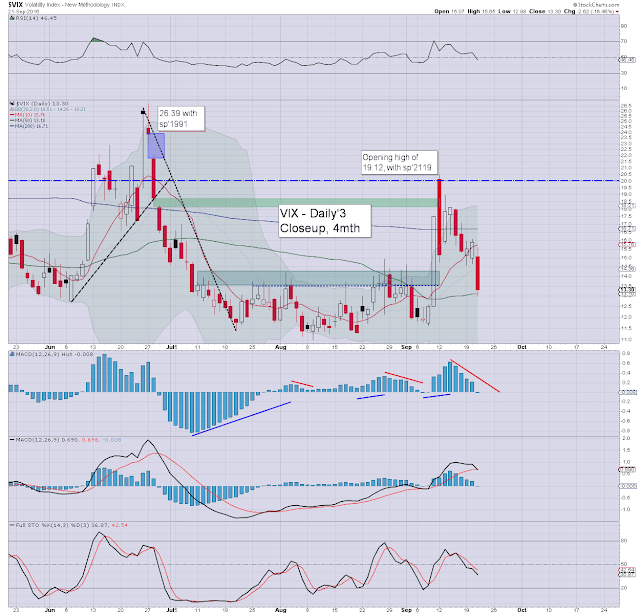 So, the Fed decided to hold off from raising rates... as expected. There are now just two FOMC's left of the year.

My best guess remains the same.. a hike in Dec'.. to wrap up the year.

With the FOMC out of the way, the VIX has been duly crushed, and even saw the 12s briefly this afternoon. A very valid question remains... 'single digit VIX with the sp'2200s' ?

In any case... equity bulls look to have an open road into October. Q3 earnings should come in at least 'reasonable', and that would give the market the excuse for further gains (or at least consolidation in the 2200s) before a viable push into the 2300s by end year.

To be clear, I see higher rates as a good thing. Ongoing 'emergency level' rates are a severe distortion to the US economy and market. A 25bps increase in December should not merit an 'end of the world' outlook.
-- 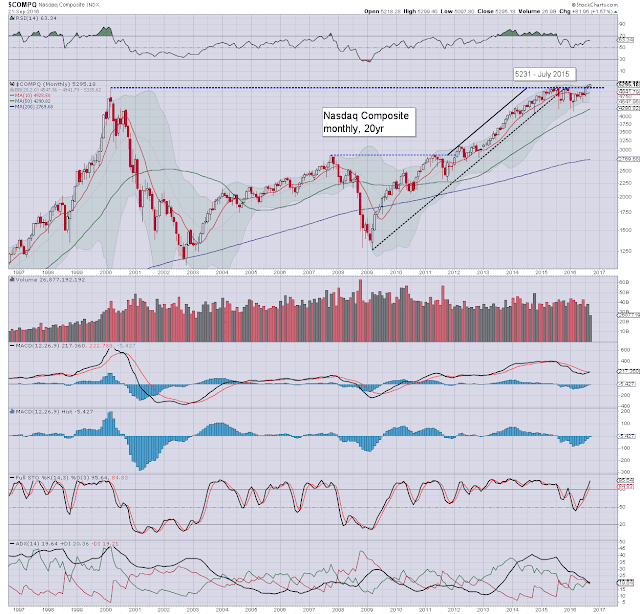 There was a very notable new historic high of 5299 this afternoon. A monthly close in the 5300s now looks probable, and it should start to awaken some to the notion that the 6000s are a viable target for spring 2017. On any basis... the equity bulls should be very pleased with the current situation. On the flip side, bears have nothing to tout unless sp'2050s.. and frankly, the recent low of 2119 now looks secure for some months.