VIX knocked lower into the close

Despite equity indexes closing higher, the VIX held up relatively well, settling -3.8% @ 14.81. Near term outlook is for post FOMC equity downside... first target is the sp'2055/50 zone, where there are multiple aspects of support. 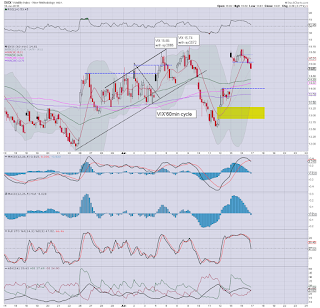 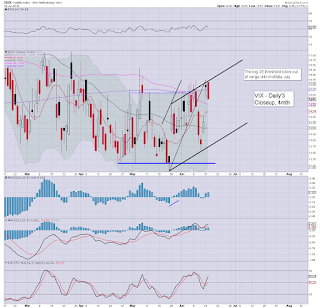 *some distinct 'whack the VIX into the close' action... more often occurs on a Friday afternoon.
--

Even if sp'2050s within 3-5 trading days, the big VIX 20 threshold looks out of range in the current cycle. 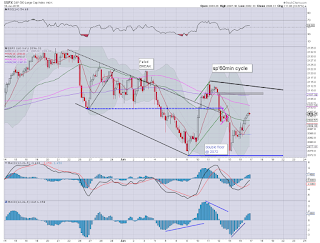 A day for the equity bull maniacs...  but we saw a double floor of sp'2099 recently, and that sure didn't work out so well.

I would guess 2072 is not a key low.. and we'll at least resume falling to the low 2050s.. where there are a wheel barrow of aspects of support (not least the monthly 10MA).

*I will consider hitting some buttons tomorrow (short side).. probably via INTC, which has one of the more bearish price structures out there.
- 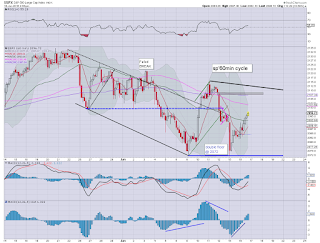 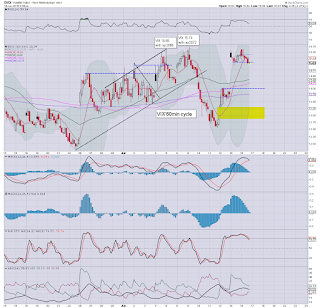 Well, it will be a day for the equity bears... unless another 'spooky news' Greek headline appears in the last hour.. but that is seemingly unlikely.

Broadly... market is in a holding pattern.. ahead of the FOMC announcement.
-

back at the close!
Posted by Trading Sunset at 19:57:00
Email ThisBlogThis!Share to TwitterShare to FacebookShare to Pinterest

Whilst US equity indexes are moderately higher, sp +11pts @ 2095, there is a touch more strength in Intel (INTC), +0.8% in the $31.60s. Further upside into the $32s looks viable tomorrow... before weakness resumes. Broader price structure remains very bearish with probable downside to the low $29s. 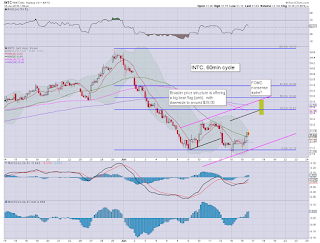 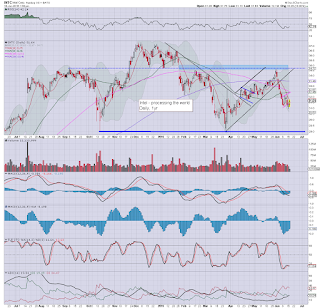 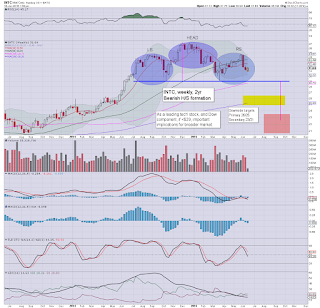 *for this hour.. a brief look at INTC, which I think is a valid proxy/indirect signal of the broader market.
--

To be clear, I like INTC across the longer term... but if the main market is going to see a sig' correction this summer.. INTC will be dragged lower. The fact INTC price structure is a giant H/S formation in my view only adds to a rather interesting setup.

-
As things are, I'm looking to short it... but not today.. nor at this price level.

Perhaps an FOMC spike high in the 32.25/50 zone tomorrow afternoon? If so.. I will be tempted to pick up some option puts.. and try to trade it down to the $29 threshold.
-

back at 3pm
Posted by Trading Sunset at 18:54:00
Email ThisBlogThis!Share to TwitterShare to FacebookShare to Pinterest 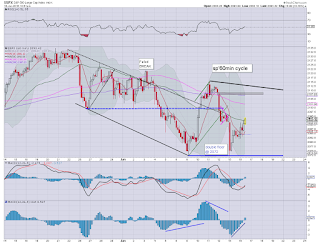 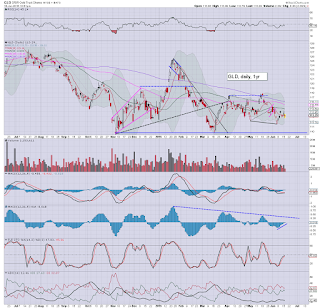 *metals are getting some increasing attention again. I remain resigned to Gold $1000... and if the USD does break new multi-year highs (> DXY 100.7)... the metals (and probably oil too), will be under severe downward pressure.
-

Not much to add. A relatively quiet afternoon is likely ahead... with increasing minor chop all the way into tomorrow afternoon.

For most.. its now a simple case of waiting for the FOMC... along with the Yellen.

We could be looking at a situation where the market initially spikes on the 2pm press release... but then slides once the Fed chair starts yapping about how 'the fed will do what is necessary to meet its dual mandate'.

Got popcorn for tomorrow?

-
notable weakness: TWTR -2.6%... no real support until the psy' level of $30.00
-
back at 2pm
Posted by Trading Sunset at 17:55:00
Email ThisBlogThis!Share to TwitterShare to FacebookShare to Pinterest 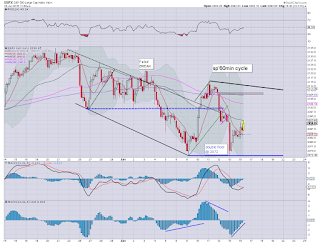 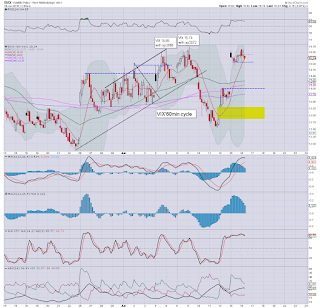 *despite now being red, the VIX is holding up relatively well.
--

Further chop across the afternoon looks due.. with a daily close somewhere in the 2090/2100 zone.

-
*if Greece do default across this weekend, the weekly cycle would be offering the 2000/1975 zone... which is some 5% lower. Not exactly anything to get overly excited about, but it would merit a post FOMC short trade into early next week.

Certainly, the pressure is rising!
--


-
time for tea :)
Posted by Trading Sunset at 16:53:00
Email ThisBlogThis!Share to TwitterShare to FacebookShare to Pinterest

US equities continue to see a lot of chop.. but with a moderate leaning to the upside. VIX is holding up relatively well, reflecting a market that is increasingly resigned to some serious Greek news in the near term. USD is holding moderate gains, +0.3% in the DXY 95.10s. Metals are weak, Gold -$8, with Silver -1.0% 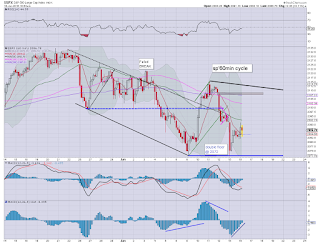 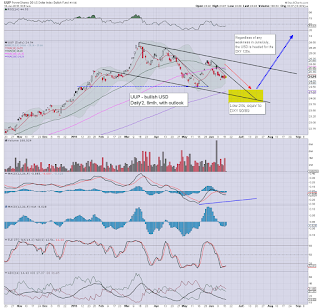 So... a lot of chop.. and it should be clear, we ain't breaking <sp'2072 today. There simply isn't any downside momentum.

It would seem to be a simple case of waiting to see how the market copes with the FOMC/Yellen press conf' tomorrow afternoon.

*I have eyes on INTC, not least as a proxy for discerning broader market direction. More on that one later.

11.17am... Another stupid short stop cascade.. into the sp'2090s.  Crazy.
Posted by Trading Sunset at 15:54:00
Email ThisBlogThis!Share to TwitterShare to FacebookShare to Pinterest

Equities open a touch lower... but with a rather strong upside reversal. The Greek situation continues to build, but it would seem the market will be able to battle higher into Wednesday (FOMC) afternoon... back to the sp'2100/10 zone.. with VIX 13s. Metals are weak, Gold -$8. 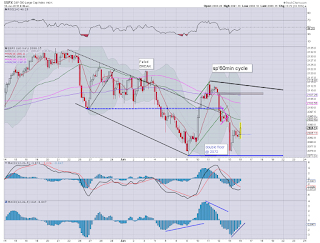 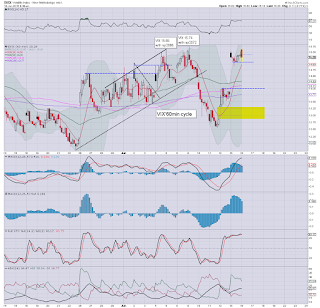 More than likely... US equities will see moderate upside into the FOMC announcement.

To me, that will merely make for a valid short opportunity. As ever... the style of price action will be more important than any nominal index level. 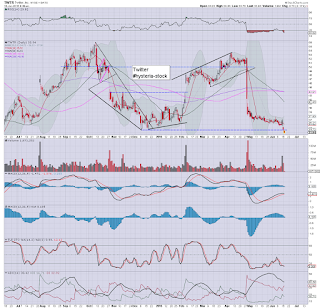 TWTR looks headed for $30/29 this summer, but even at that price.. as a loss making company, who wants to buy that momo nonsense?

TWTR keeps on melting.... -2.6%
Posted by Trading Sunset at 14:53:00
Email ThisBlogThis!Share to TwitterShare to FacebookShare to Pinterest 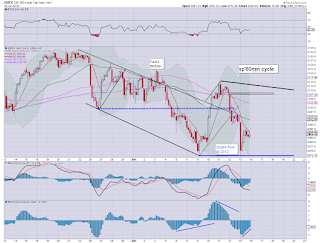 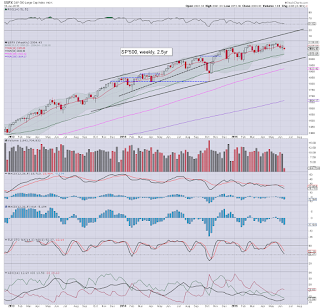 Well.... things are already getting busy.... the Greek leader is bitching and whining about how everyone else is to blame for the Greeks failing to balance their budget.

Meanwhile... someone managed to take a swipe at those who didn't already make a run for the exit door. 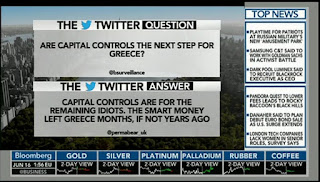 --
As for the market... price action will likely be increasingly choppy... as the market awaits the FOMC announcement tomorrow afternoon. Of course... the wild card will be sporadic Greek news headlines.

notable overnight weakness: China, -3.5% @ 4887.... if the world equity markets get even moderately upset this summer/early autumn, a very natural retrace would be to the 3400s.. and that would really shock the retail amateurs.
-
Have a good Tuesday
-

9.20am.. commodities under pressure... although USD remains u/c from earlier...

*I have eyes on INTC.. as a viable short tomorrow afternoon.... there is no hurry  on that one.

yours.. trying to be patient.
Posted by Trading Sunset at 13:06:00
Email ThisBlogThis!Share to TwitterShare to FacebookShare to Pinterest

A man is utterly tired of the Greeks

Greece entered the Euro zone on a grand lie, and perhaps it will exit on a lie too. What is clear, the pressure is close to breaking point, and the Greeks look set to at least partially default on foreign held debt. It remains difficult to guess if the Greek Govt' will still claw to the Euro currency for another few years. 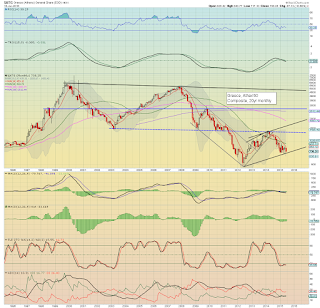 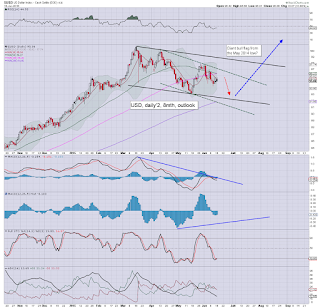 *... and that might be the last Game of Thrones reference for some months. What a gods damn horror show it remains. Is it time for True Detective (season'2) yet?
--

As for the Greeks... I am just one of many who are utterly tired of seeing the world capital markets get periodically riled because of a country comprised of just 11 million. My own capital city has almost as many people, and is more productive than all of the Greeks put together.

Just reflect back to late spring, May 2010... 'flash crash' week.... it was the Greeks who were a primary cause of market upset. Five years later, the Greek economy is in a far worse state, more debt, and is can kicking on an almost day to day basis.

The Greek Govt' will likely receive another 'last chance' offer later this week. It is impossible to know if the Greek leadership will play the game one time and provisionally accept the offer. Even if they do... I'm of the view that Greece are still going to default within the next few months.


Here is a serious question...

What kind of idiot in Greece will still have their Euros in a Greek bank? No doubt the 'smart money' made a run for the exit door months.. if not a few years ago.

Most should remember what happened in Cyprus. A similar 'Friday/Sunday night surprise' is coming for the Greek people, a bank holiday, and probably a forced conversion of remaining Euro deposits - to be sifted across to the Govt, with depositors being given semi-worthless Drachma in return.

The initial moves in any such resurrected Drachma will make for some grade 'A' financial entertainment.
-

*as ever, there will be the threat of sporadic Greek related headlines across the day.
--

I am keeping things simple lately, mostly just watching the bigger trends, not least the USD, which looks set for a hyper ramp to the DXY 120s. Long dollar... and also by default, short metals/oil seem a reasonable trade in the weeks to come.

I'm also watching INTC, as I think it might be a key early warning of trouble for the broader market. 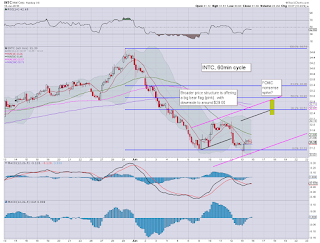 First downside target remains the low $29s.. but there looks to be a viable short term spike into the $32s this Wednesday, before resuming lower. I'll certainly consider shorting INTC after the FOMC announcement... if the price action/structure look fine. 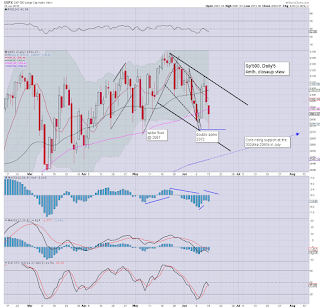 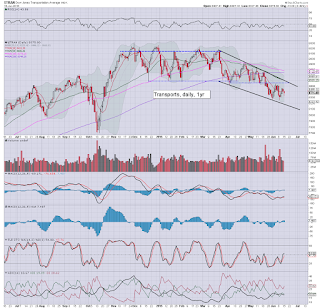