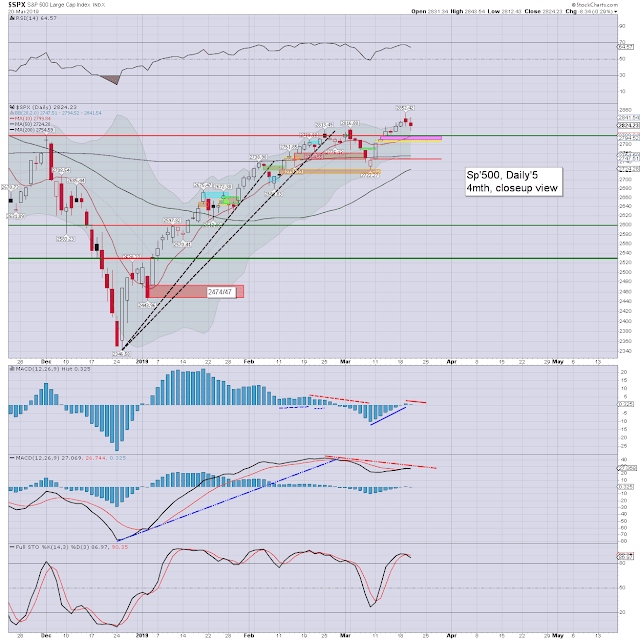 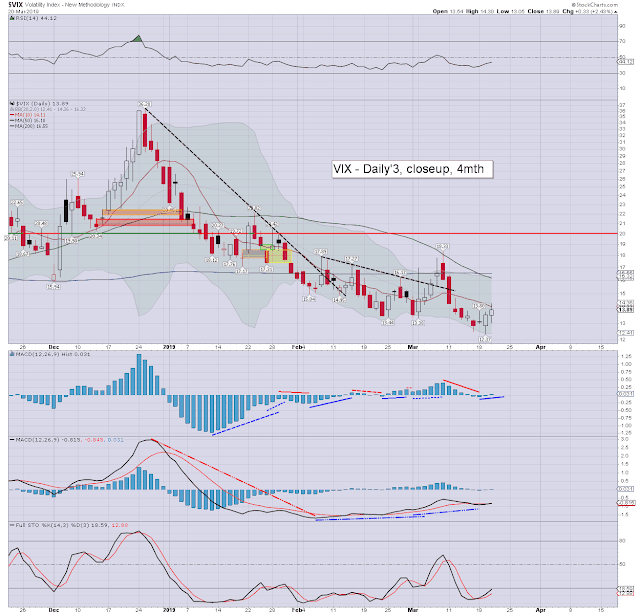 US equities opened a little weak, not helped by Trump comments in the 12pm hour that tariffs would remain (at least initially) even with a US/China trade deal. The market jumped on the press release from Print Central, but the closing hour wasn't so pretty, with most indexes settling moderately lower. Volatility was relatively subdued, settling in the upper 13s.

Today's FOMC saw rates held, economic growth downgraded, no more rate hikes for rest of the year, and QT to conclude in September. The end of QT is a precursor signal to an eventual rate cut. 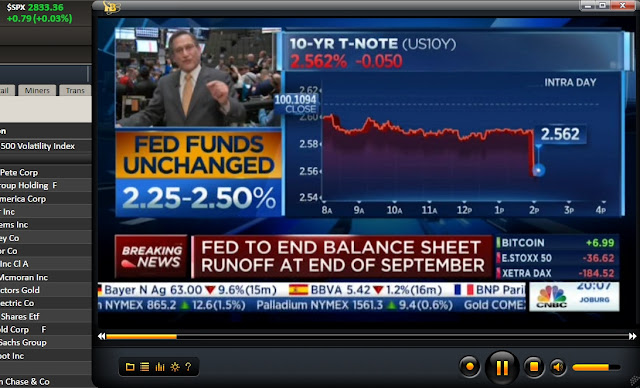 I have endlessly noted how in the previous two grand cycles, the ultimate equity sell signal was a rate cut.