Another pair of new highs 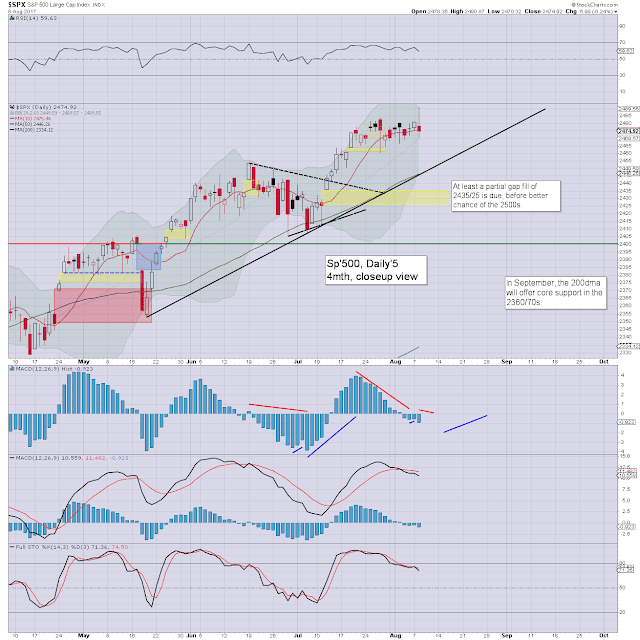 US equities opened a little weak, but then swung upward to break new historic highs in the Dow and sp'500. The latter is far more important, and would support those who believe the market won't see any degree of washout until at least late September.

However, there was a distinct reversal in the 12pm hour, and the market was clearly a little rocked as Trump threatened 'fire and fury' to North Korea.

Market volatility was crushed in the morning (intra low 9.52), but with equities swinging lower, the VIX spiked to 11.52, and settled in the upper 10s. 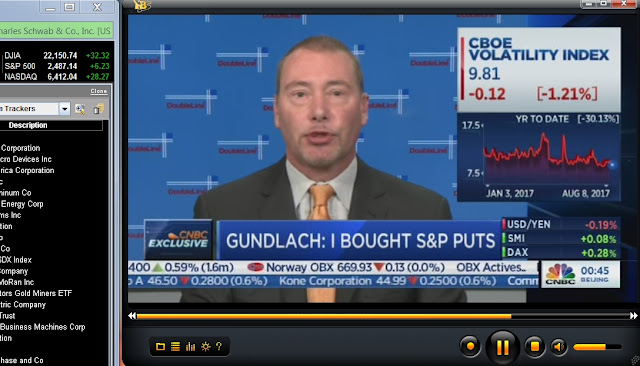 The full interview is only available for 'pro' subscribers, but here is a clip...

As ever... extra charts in AH @ https://twitter.com/permabear_uk