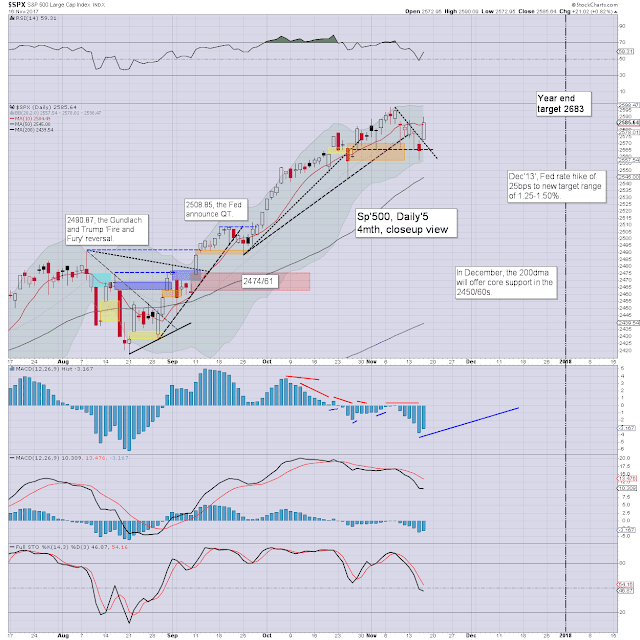 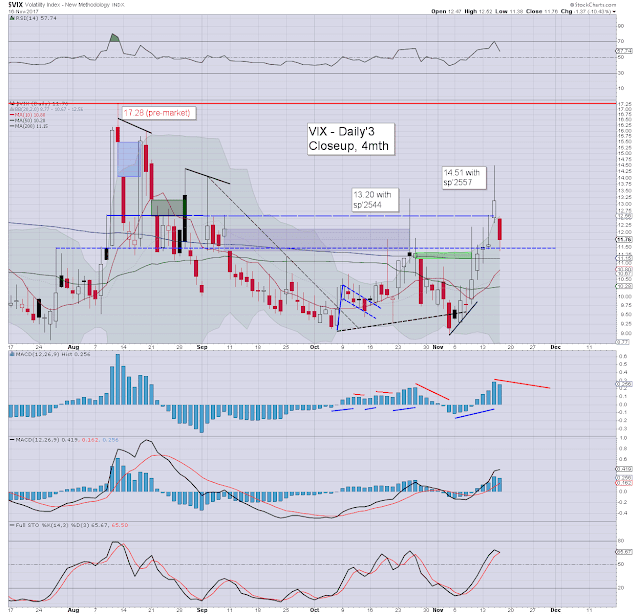 US equities opened moderately higher, and built broad gains into the afternoon.

It was notable that once again the mainstream have seen their mood swing from effectively 'on suicide watch' to 'everything is fine again'. We're only in the sp'2500s, what happens when we're in the 3000s next year, and we drop 1% at the open? Who at CNBC, Bloomberg, or Fox Business, is responsible for calling the fed to request at least a press release threatening QE4 ?

Market volatility was naturally whacked at the open, and ground down to the mid 11s in early afternoon. With a retrace to the mid sp'2570s, VIX 12.50/13s seem due, before another wave to the 9s. Whether that is before or after the Thanksgiving break.... is of no importance.
--