It was another bearish week for US equity indexes, with net weekly declines ranging from -3.5% (R2K), -1.4% (sp'500), to -0.4% (Dow). Near term outlook remains broadly bearish, with all indexes set to test and break below the August lows. 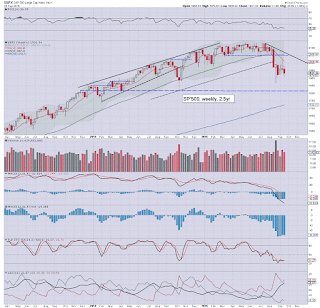 Broad price structure is a giant bear flag (already confirmed.. arguably).. with first downside target of 1867. A hit of the Oct'2014 low of 1820 appears very viable next week. Best case downside is the 1750/25 zone.. but that really is a stretch.

Prime time for the equity bears - based on normal seasonal trends, will conclude by mid Oct'. From there onward, whether we floor in the low 1800s.. or 1700s.. first upside target will be the 200dma - which by Dec/Jan will be in the sp'2040s or so.

A failure to break/hold above that (along with the monthly 10MA) would bode for the 'deflationary collapse' scenario. For now... I am guessing we do re-take that.. as I believe the Fed will be highly prone to initiate QE4 within the next 3-4 months. 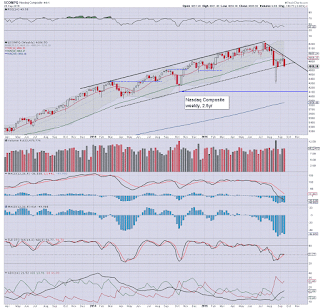 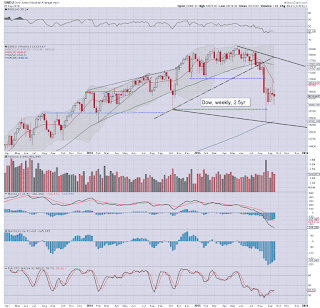 The mighty Dow tried extremely hard on Friday to attain a net weekly gain.. but failed, as the broader market unravelled into the weekend. With the Dow settling -0.4% @ 16314, the door is open to a test of the Aug' low of 15370. The 200wma will be in the 15400s next week.. and that will offer some powerful support. 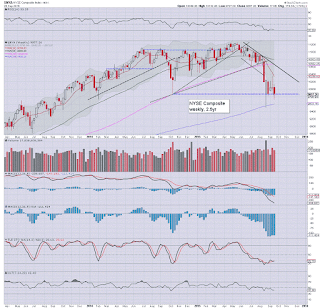 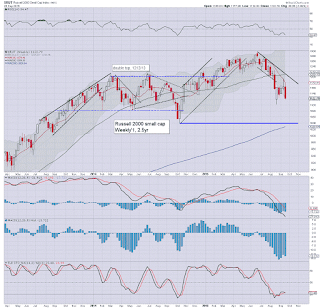 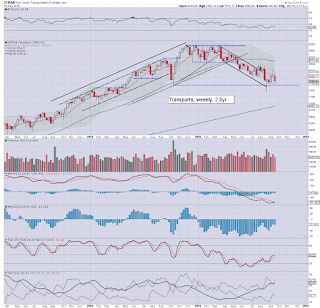 Without question, the near term outlook for US equities is exceptionally bearish. All indexes look set to have tested their Oct'2014 low within the next 1-3 weeks. Indeed, it remains notable that the Dow and Trans' already achieved that in the August down wave.

Price structure is a giant multi-week bear flag.. which arguably was confirmed a week ago. By default, the sp'500 should fall to 1820 within the next week or two. The really exciting possibility is a possible even stronger washout to the 1750/25 zone - where there are multiple aspects of support, which might equate to VIX 60s.... if very briefly.

Next week is set to be a busy one, not least with the threat of a US govt' shutdown beginning on Thursday Oct'1st, which would likely delay the monthly jobs data.

*there is an absolute truck load of Fed officials speaking across next week, notably Yellen, due to appear Wed' 2pm.
--

Friday sure was a test of my resolve, but I kept my cool... and remain trading 'carefully'... taking profits when possible.

I hold short-SPY and long-VIX across the weekend. With a little good fortune, the market might gap straight under the 1908 low at the Monday open.. and if so.. then it should be a straight fall to 1867.. along with VIX 30s. Whether we see 1820 next Wed/Friday... difficult to say. As ever, one day at a time. 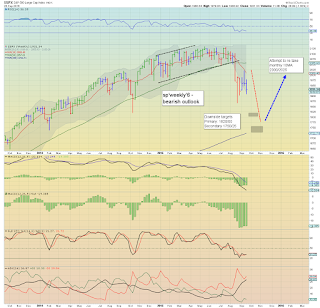 It has been a very busy and tiring week, and I shall leave it at that.

Goodnight from London
--
*the weekend update will be on the US weekly indexes
Posted by Trading Sunset at 04:00:00
Email ThisBlogThis!Share to TwitterShare to FacebookShare to Pinterest 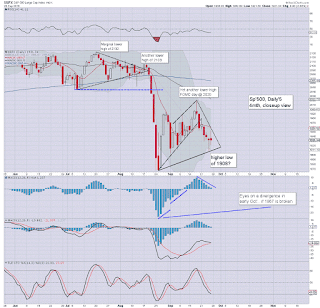 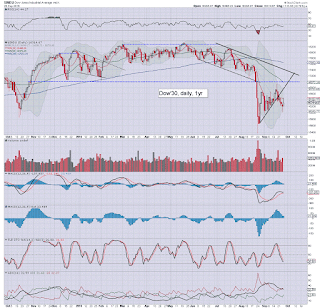 A clear reversal day.. with the opening gains completely failing for most indexes.

Price structure remains broadly bearish, with the Aug' lows set to be taken out on all indexes. Indeed, the R2K is already close.. and looks set to achieve that on Monday.