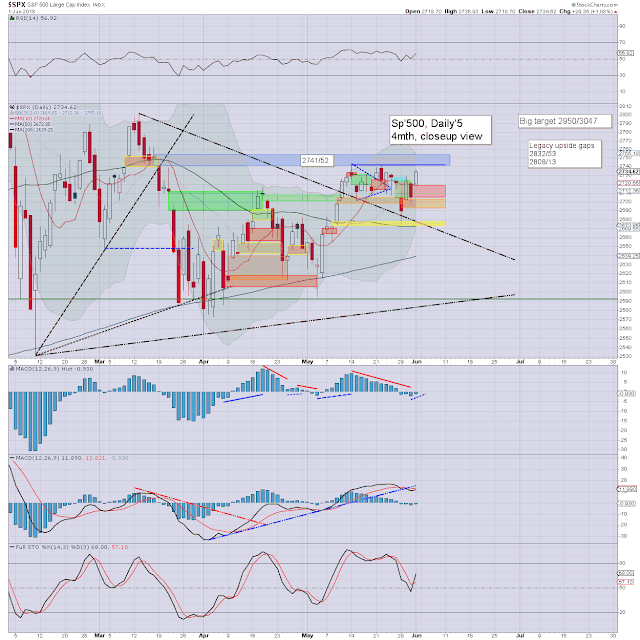 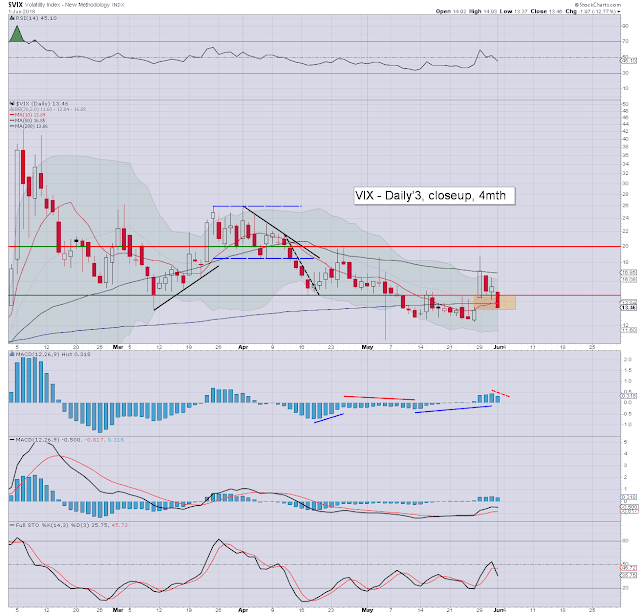 With the monthly jobs data coming in 'goldilocks' (at least to the mainstream), equities opened moderately higher, and with no spooky news, the market clawed upward into the mid afternoon. The intra high was 2736, notably 6pts shy of what is a double top of 2742. Until that is cleared, the equity bulls should be concerned of another wave lower to around 2671. Some indexes - such as the Nasdaq comp' and R2K, would argue the sp' breaks upward. 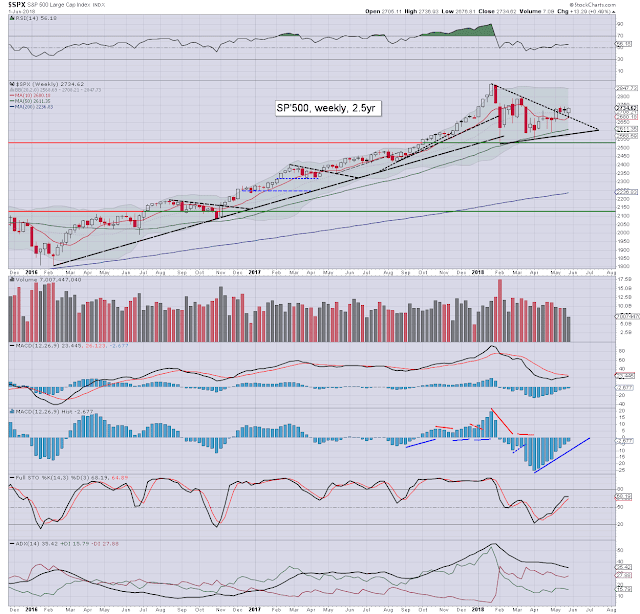 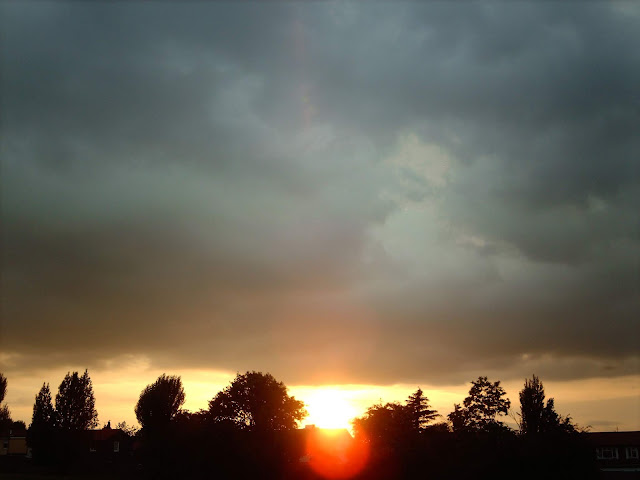