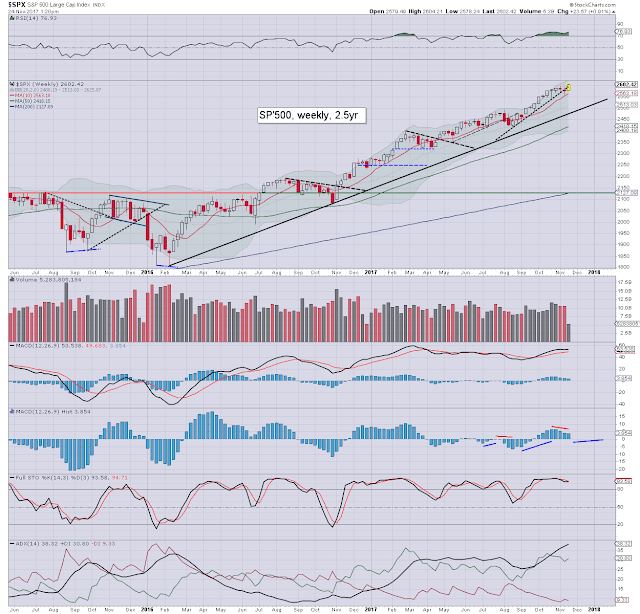 After two consecutive fractional net weekly declines, the sp'500 is back on the rise, with a net weekly gain of 23pts (0.9%) to 2602. There was a notable new historic high of 2604. Note the upper bollinger, which is offering the 2625s, and that number will jump another 6-7pts at next Monday's open. By year end, the 2640/50s will be technically viable.

Equity bears have nothing to tout unless a bearish monthly close under the monthly key 10MA - currently at 2458, and that number will jump around 35pts at next Friday's Dec'1st open.
-- 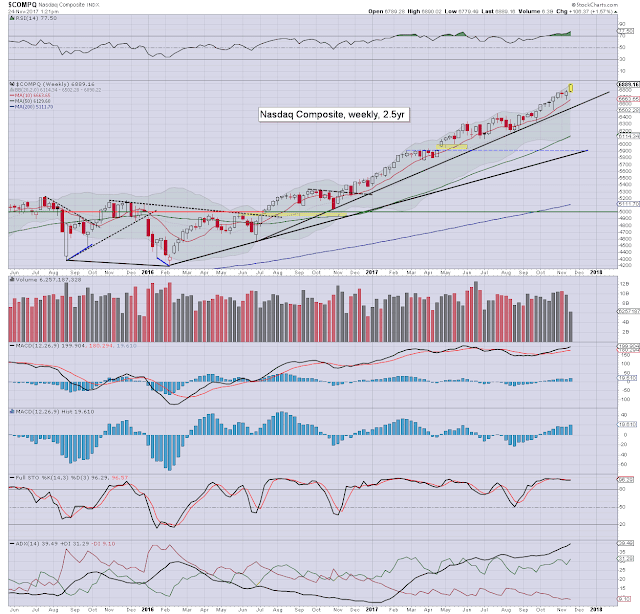 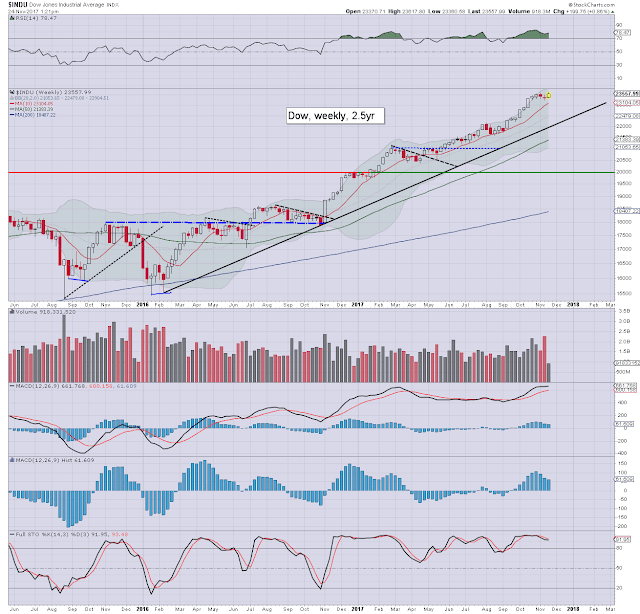 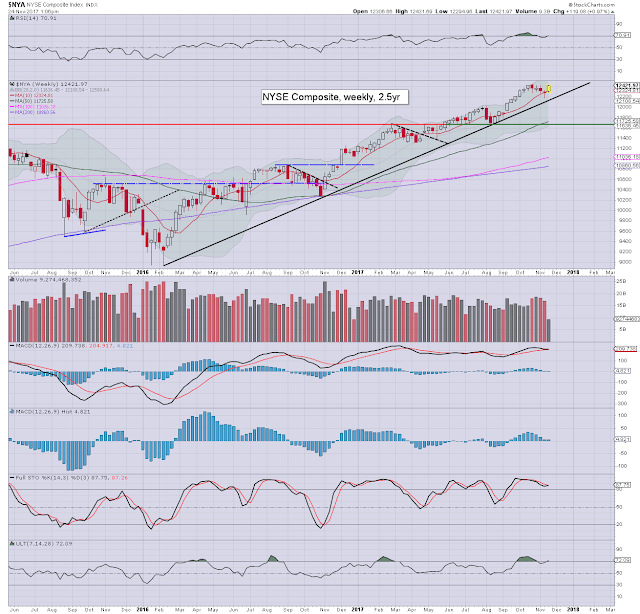 The master index climbed 1.0% to 12421. Upper bollinger is offering the 12600/700s within the near term. The 13000s look out of range before year end. Things would only turn provisionally bearish with any closes <12k. 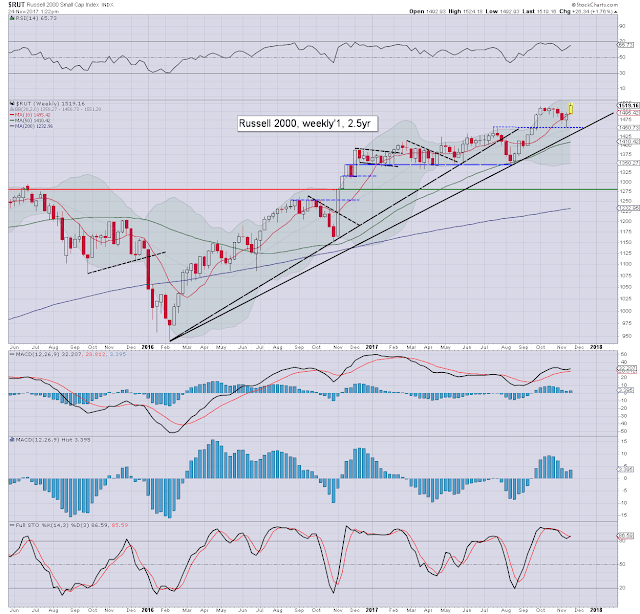 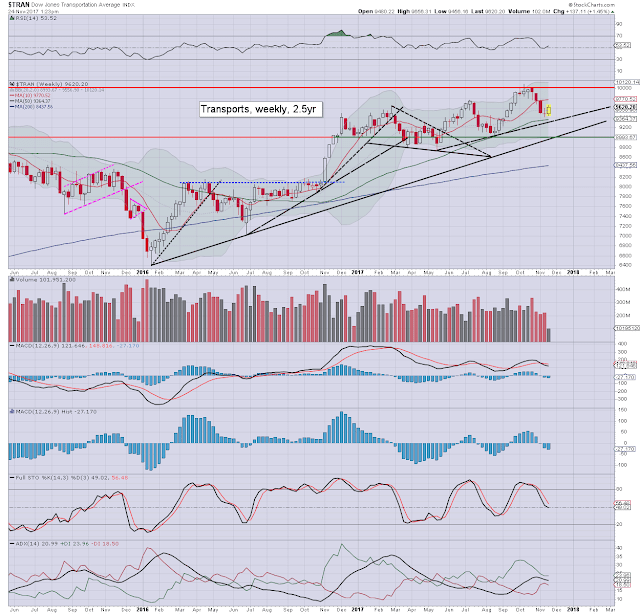 The 'old leader' - Transports, climbed 1.4% to 9620. The 10K threshold is the obvious target for the next push upward. Whether we settle the year a little above or below it, seems frankly not that important. Just keep in mind the tranny settled 2016 at 9043, so we're currently net higher by 6.4%.
--

It was a bullish week for the US equity market with four of the main indexes - Dow, sp'500, nasdaq comp', and the R2K breaking new historic highs.

All indexes have at least 3-4% of downside buffer before their m/t trends from early 2016 would be challenged.

Equity bears have nothing to tout unless the majority of indexes see a monthly close below their respective monthly 10MAs, and that looks unlikely any time soon.
--

*There are a truck load of fed officials on the loose, notably...

Powell (Tue' 10am), nomination hearing before the US Senate. That will likely be covered live.

Yellen (Wed' 10am) speaking to the US House on the econ' outlook. That will last at least two hours, and will no doubt garner blanket coverage on the financial networks. Yellen's last key appearance will be the press conf' for the FOMC of Dec'13th, when rates will be hiked another 25bps to a new target range of 1.25-1.50%.
--

*the next post on this page will likely appear 6pm EST on Monday.
Posted by Trading Sunset at 00:08:00
Email ThisBlogThis!Share to TwitterShare to FacebookShare to Pinterest
Newer Posts Older Posts Home
Subscribe to: Posts (Atom)