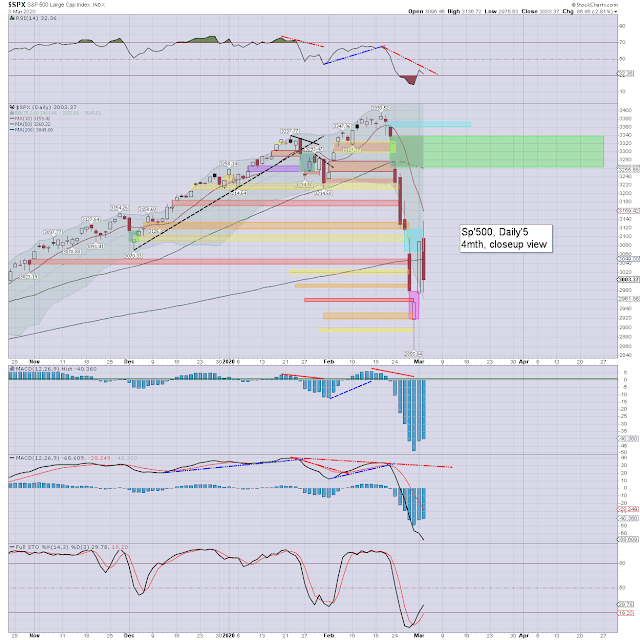 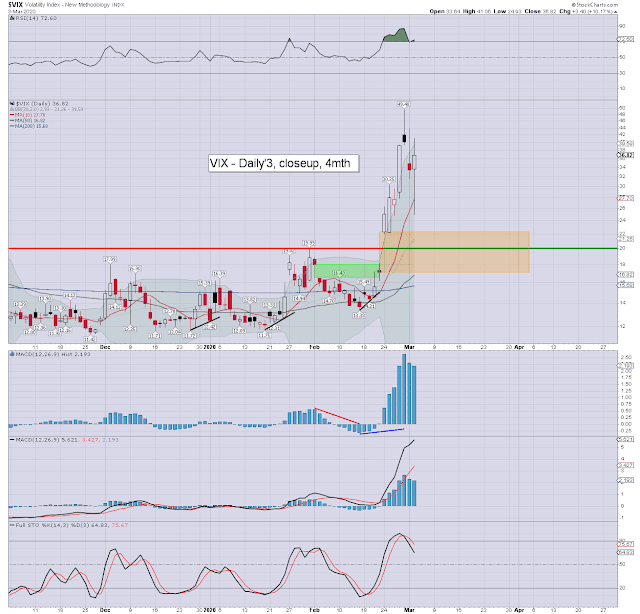 First, lets start with the overnight Trump tweets (what else would Trump do at 1.34am EST?)

It wasn't long until the Fed announced an emergency rate cut of -50bps to a new target range of 1.00-1.25%. Equities initially spiked, with Trump responding...

The SPX maxed out at 3136, and then spiraling lower into the afternoon to 2976, as it became a 'sell the news' event.

As I noted last week, it was just a matter of time until the Fed effectively called 'Broken Arrow'. 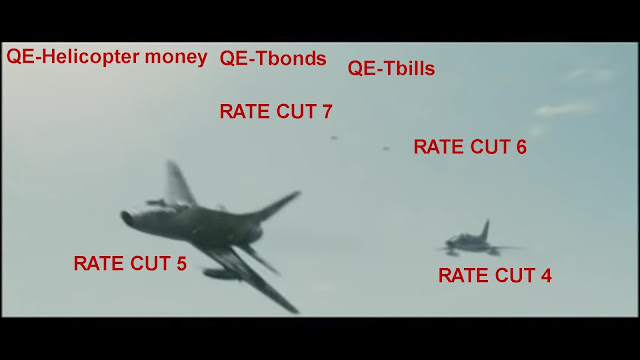 No matter how bad the economic effects of the Corona virus, the fed can now say 'they did their part'. Yet lower rates won't help the US financials, and it sure won't stall the spread of Corona... never mind cure it.

Volatility picked up, with the VIX settling +10.2% at 36.82. Tomorrow will be day'10 of a collapse wave, and the equity bulls should remain extremely concerned until we're into next week.
--