A quiet end to October 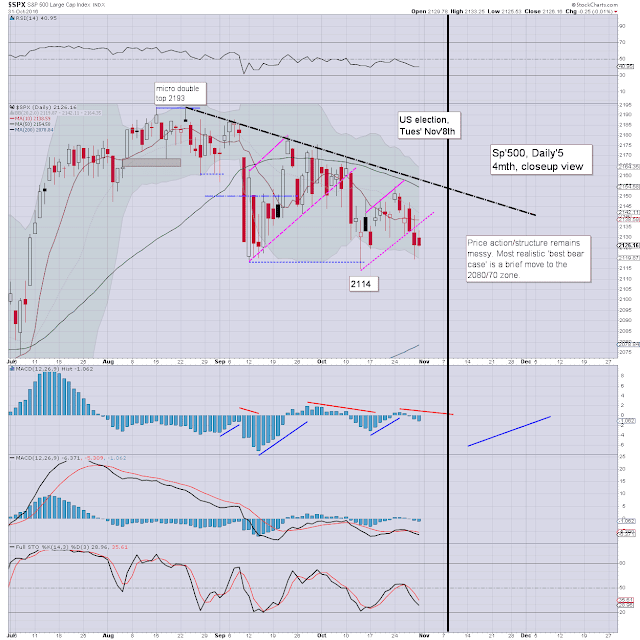 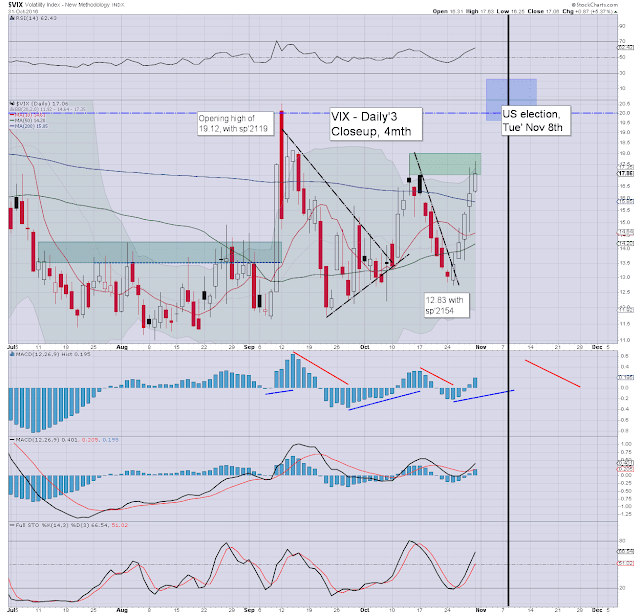 It was indeed a rather subdued day to conclude the month. Aside from Friday's 1pm hour of market upset, the equity bears are still failing to show any sustained/significant downside.

Most notable remains the somewhat elevated VIX, which managed a fifth consecutive net daily gain.. which is pretty unusual. A break into the 20s looks probable. If an election inspire washout to the sp'2080/70 zone, the most bullish upside target would be VIX 24/25.
-- 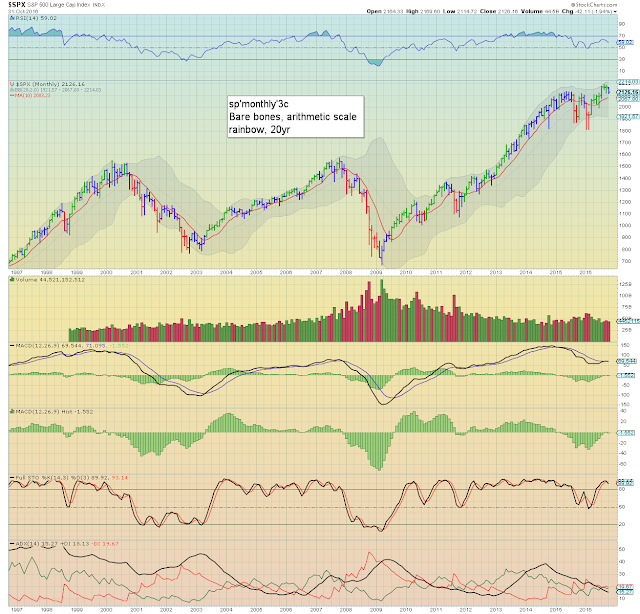 The month settled with a blue 'elder impulse' candle. Yet, the setup is not particularly bearish, as we're still comfortably above the key 10MA (2083). To turn broadly bearish, I need to see a November close under the 10MA and to be decisive... see some price action in the 2050s or lower. Right now, the latter still seems unlikely, even with a Trump victory.