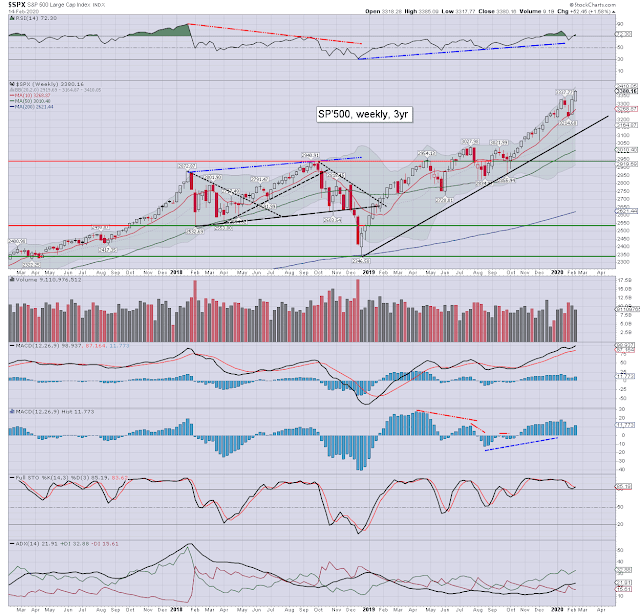 The SPX climbed for a second consecutive week, breaking a new historic high of 3385, and settling +52pts (1.6%) to 3380. Momentum ticked upward, and remains on the high side. RSI 72s is certainly on the high side, and on any fair basis, the market is m/t technically/cyclically over-stretched. I would note the key 10MA at 3268, things only turn interesting for the bears with a settlement under it, and right now, there is zero sign of a ceiling/turn. 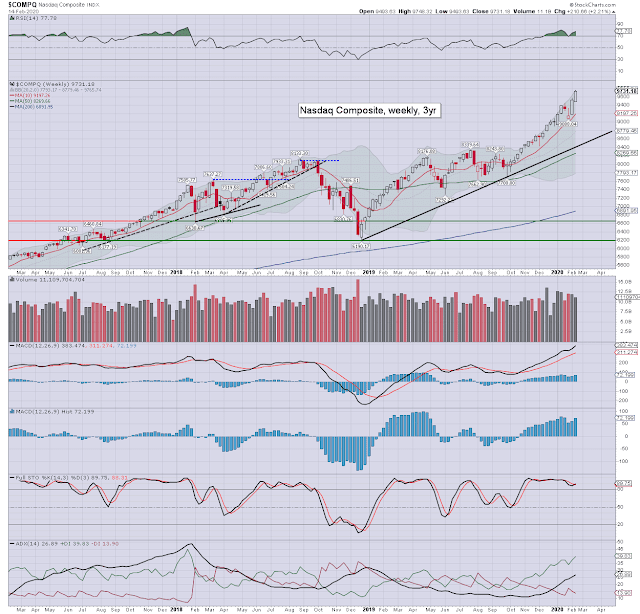 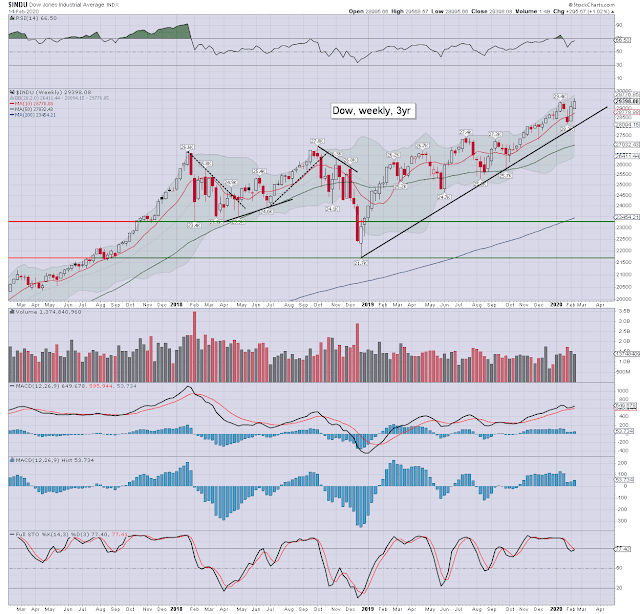 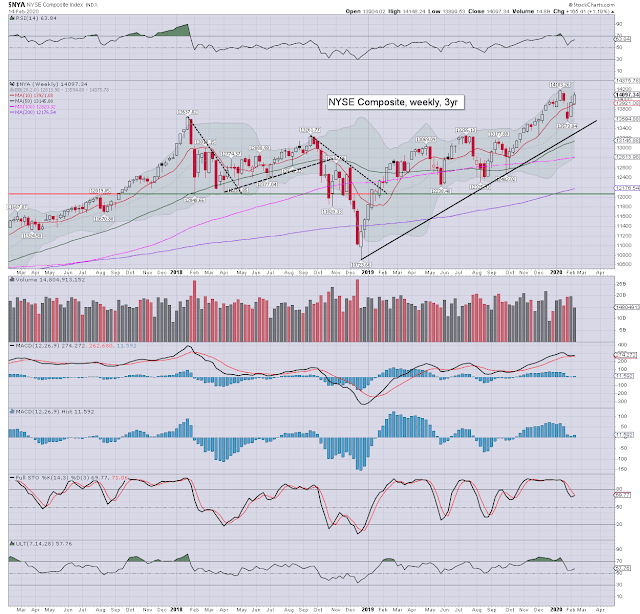 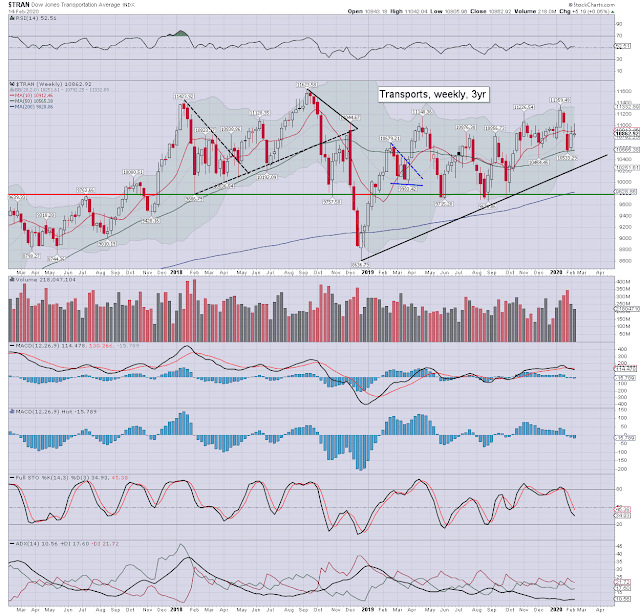 The 'old leader' - Transports, struggled, settling +5pts (0.1%) at 10862. This week's candle is spiky from around the 10MA, and leans s/t bearish. Further adverse Corona headlines will be especially problematic for the airlines and shippers.
–

All five of the main US equity indexes saw net weekly gains.

The Nasdaq is leading the way higher, whilst the Transports lagged.

For now, most in the western world don't much care about Corona (if they did, the shelves in the grocery shops would be at least half empty). After all, why worry, as the virus remains almost entirely a Chinese problem?

However, even if the virus remains localised to China, that sure doesn't mean its an issue to entirely dismiss. With around a third of the Chinese populace (even Beijing for a few days) on lock down, all manner of economic ramifications are developing.

If Corona remains a significant issue into/across March - as seems probable, its going to be an increasing problem for the global supply chain, as China is a massive supplier of a great many things.

The 'official' Corona case total can be expected to reach 100k in about a week. It does remain the case though, the Chinese derived data is from a communist leadership whose priority is arguably more about 'saving face' than individual lives. Interesting read: https://www.china-mike.com/chinese-culture/cult-of-face/

Meanwhile, US, and global equities, are absolutely being juiced by the central banks. Continued QE and further rate cuts can be expected into the spring, not least on the excuse of 'Corona'.

There is the ongoing Democrat nomination process (the next vote is Feb'22nd, in Nevada), but for now, the market doesn't care that Sanders is the front runner. The DNC will no doubt fight Bernie - just as they did in 2016, as this political circus does make for some sideline entertainment.

We have some 'interesting' weeks ahead. For some... it will be their last few weeks.

Enjoy the three day break.
--
*the next post on this page will (likely) appear 5pm EST, Tuesday Feb'18th.
Posted by Trading Sunset at 17:00:00
Email ThisBlogThis!Share to TwitterShare to FacebookShare to Pinterest
Newer Posts Older Posts Home
Subscribe to: Posts (Atom)