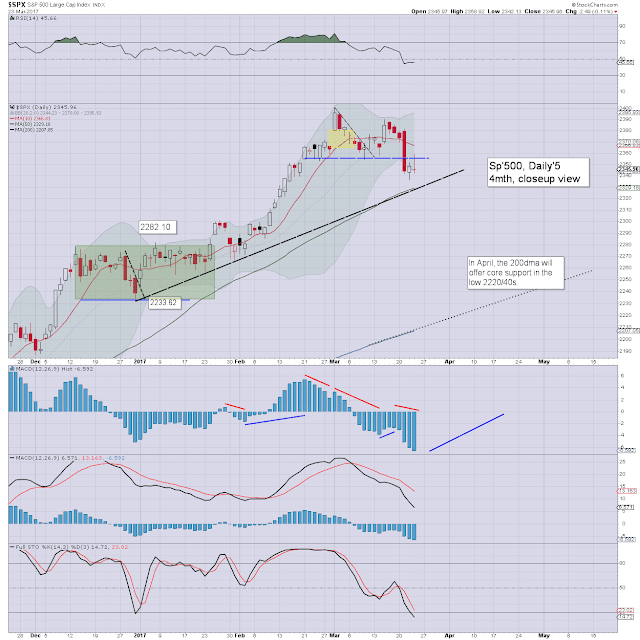 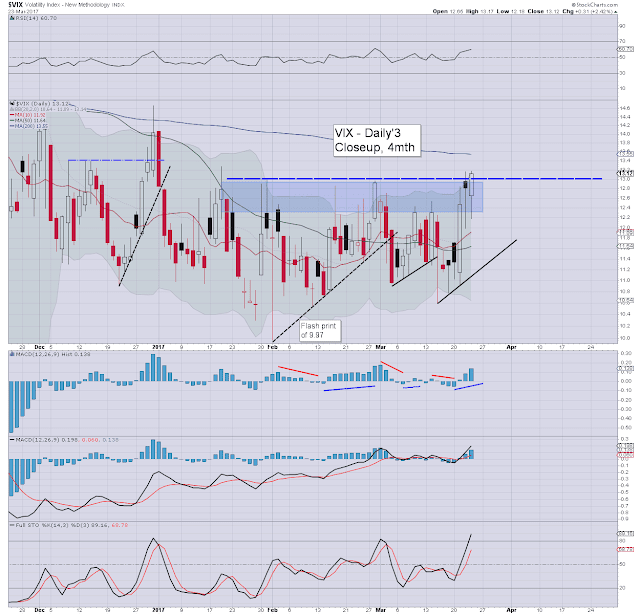 It was a pretty choppy day in equity land, as the market was naturally twitchy due to the looming healthcare bill. There was some distinct weakness into the close, with the spiky daily candle suggestive of further weakness on Friday. On balance, no sustained price action under the 50dma.


As for the healthcare bill

I'm pretty much a cheerleader for Trump... and was one of those few people who foresaw his presidency a long... long time ago. Yet even Trump is entirely failing to address the core problem within American healthcare.

Denniger of 'Market Ticker' has droned on about this issue for many years, and I shall merely refer you to any of his recent articles on the matter.   See http://market-ticker.org


I'm refraining from making any comments on yesterday's madness in the city. Suffice to add... this afternoon's sunshine was something of a relief.