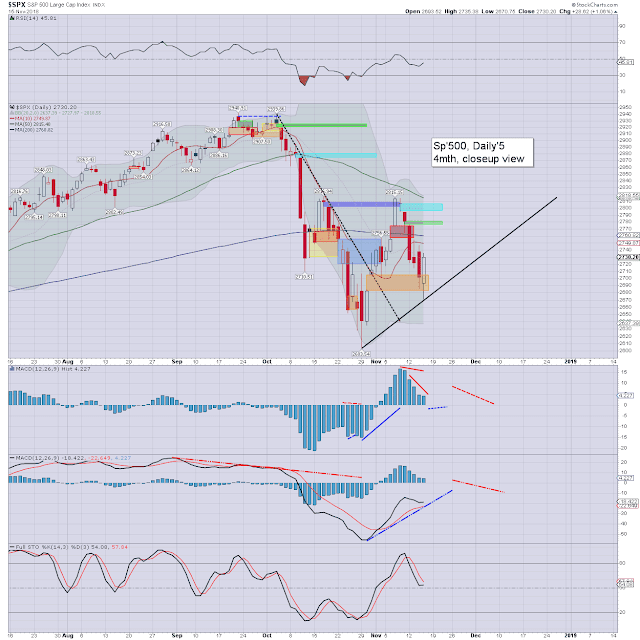 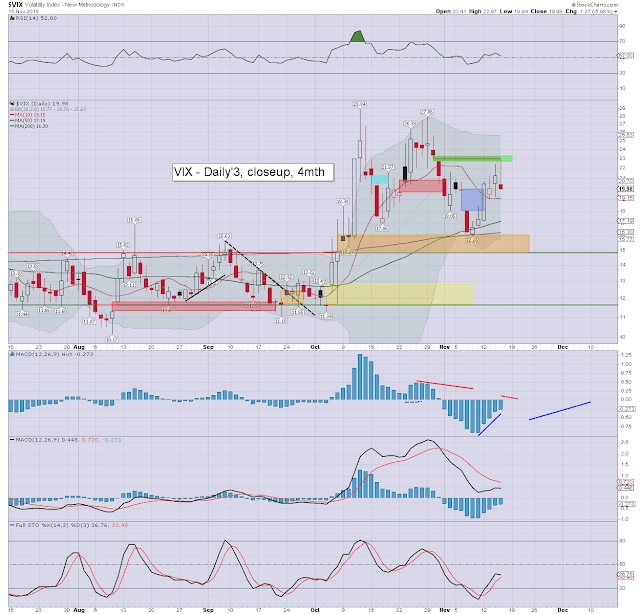 US equities opened broadly lower, and saw an opening reversal to 2696, only to then spiral lower to 2670.  Late morning saw a reversal, with the spx turning fractionally higher. The afternoon saw a decisive push upward, breaking s/t declining trend... and giving clarity that 2670 is a s/t floor. The late afternoon did remain very choppy, settling at 2730.

Volatility saw a mixed day, tagging the minor gap in the 22/23s, but with equities swinging upward, settling net lower in the upper 19s. On balance, today saw a s/t equity low, and the bulls should be able to control things into and across next week. The issue is how the month will settle.
--


To yours truly, it was a mess from the start. The political establishment - including May (conservative/republican) wanted the UK to remain. Then the vote saw a fractional majority of the UK vote to leave.

Today saw May battling to hold onto her role as UK Prime Minister. Let us not forget, she personally was responsible for calling a snap election in summer 2017, one of the worse political decisions ever seen in the western world. Her parliamentary majority was lost, and she had to form a coalition to stay in power. 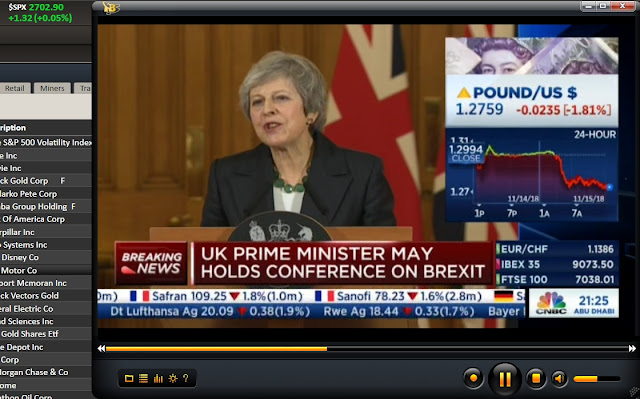 May's BREXIT agreement/plan with the EU is supported by barely a fifth, even those who do want to leave the EU.

The world capital markets aren't buying her political spiel, with the GBP currently 1.27s to the King of FIAT land. I still expect eventual parity, and frankly... I have no reason to complain. Yours truly didn't choose to get paid in USD for no good reason.
--