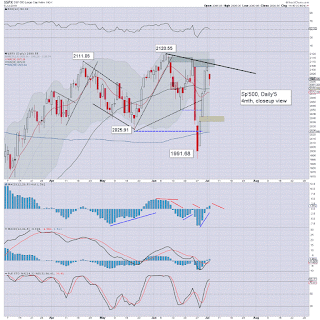 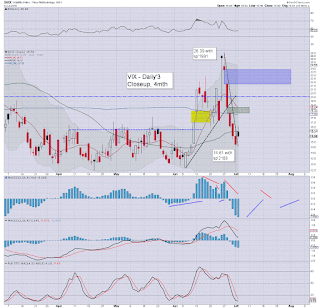 The short trading week began on a somewhat bearish note.

To be clear, I don't expect anything under sp'2030 this week, even if the Friday jobs data comes in <50K. It always takes some time to build downward momentum. A break under the BREXIT low of 1991 looks out of range until at least next week.

As next week is opex - which inherently leans in favour to the bulls, more 'interesting' downside to the 1950/20 zone looks out of range until after July 17th. 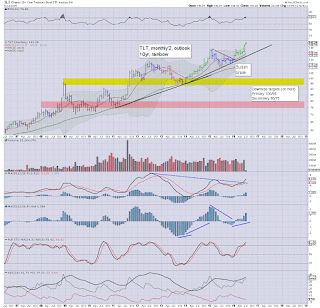 US bonds continue to rise as the 10yr yield is now down to around 1.3%. TLT in the $150/160s is a viable near term target. By default, higher bonds bode against equities.. not always... but often. 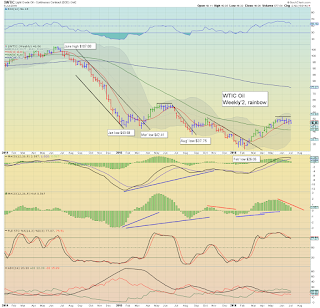 A seventh consecutive blue candle, after a Tuesday decline of -4.9% to the $46s. First big support is the $40 threshold, which looks probable before end month, and that would bode well for the equity bears.