Bounces are to be seen as such 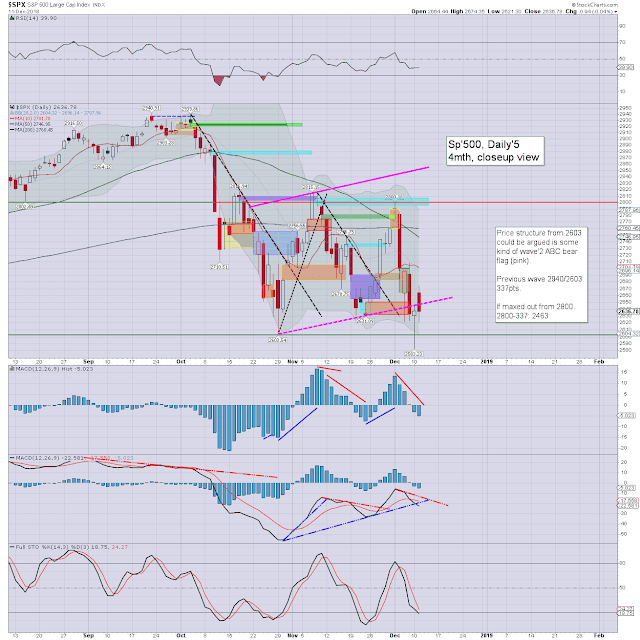 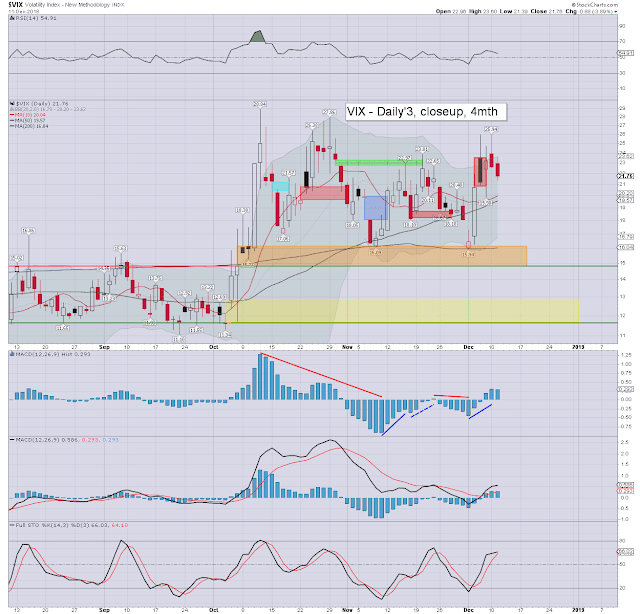 US equities opened significantly higher, partly helped via a Trump tweet that 'big announcements are coming' in terms of trade. The spx saw a high of 2674, but the gains eroded to fractional declines, not helped via.... 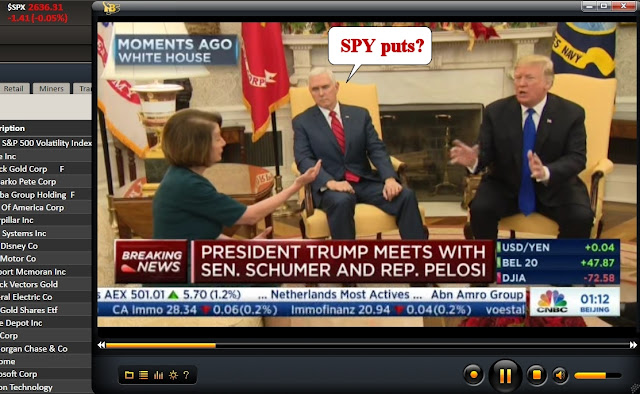 ... a very public feisty exchange between Trump and Pelosi/Schumer. Today's event is an early example of the political deadlock that will be one of the key themes in 2019. The spx swung from 2621>2659 in the afternoon, but the closing wasn't pretty, settling effectively u/c at 2636.

Yours truly continues to see bounces as such. A challenge of the Feb' low of 2532 appears still on the menu. I'd actually only drop that notion if we break and hold >2800. The latter looks very difficult in the remaining 12.5 trading days of the year.
-- 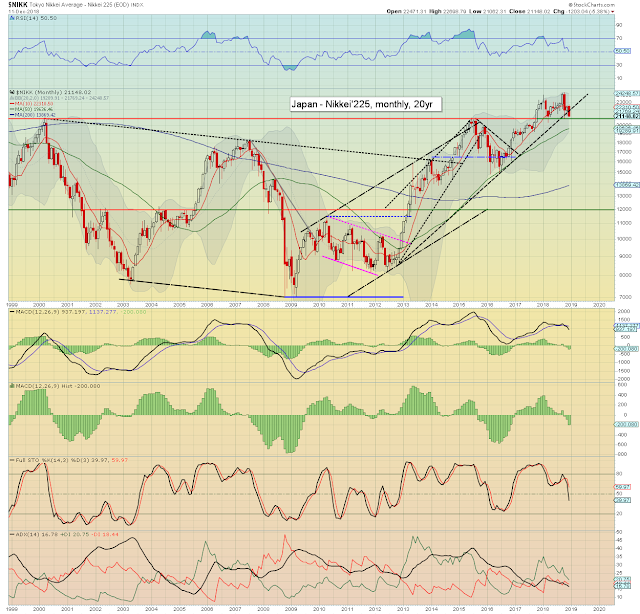