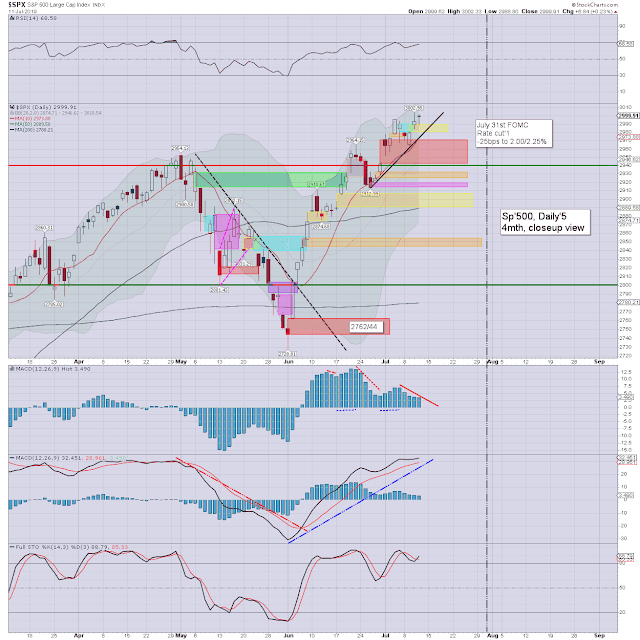 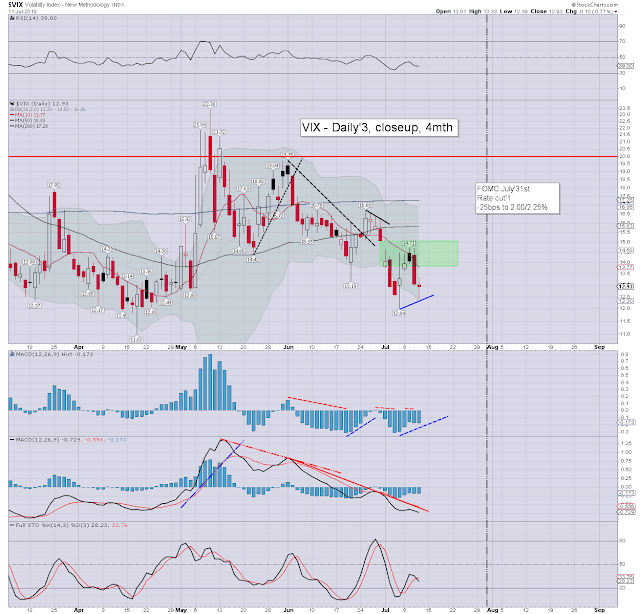 US equities opened on a marginally positive note, and the SPX got stuck just under yesterday's high of 3002. It makes for a s/t double top. A cooling wave to around 2900 isn't a stretch, ahead of rate cut'1 July 31st. 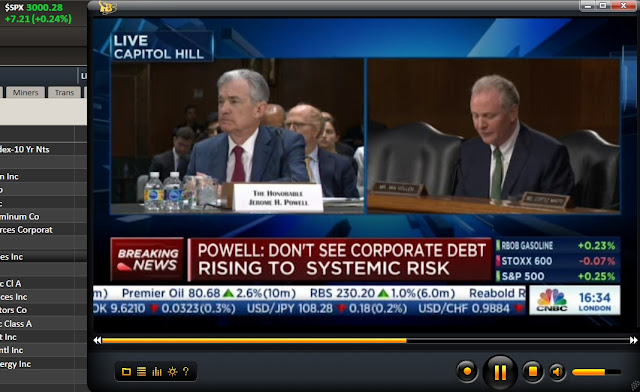 Powell was rather confident there is no threat of corp' debt causing any systemic issues. He added there appears no risk of 'a run on the CDOs' as happened in 2008.

Five hours and 26mins of Powell... 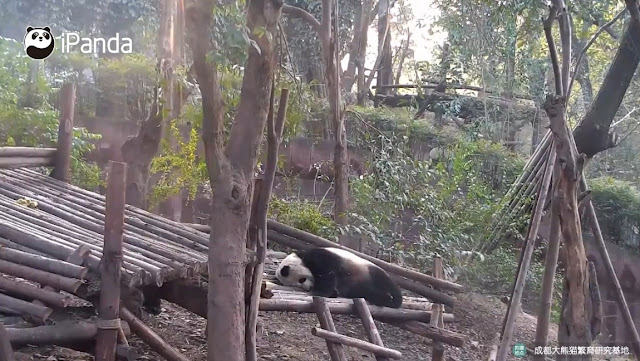 ... across two days, made at least one bear pretty sleepy.

The fedspeak never really ends though, as Quarles was talking with the Liesman... 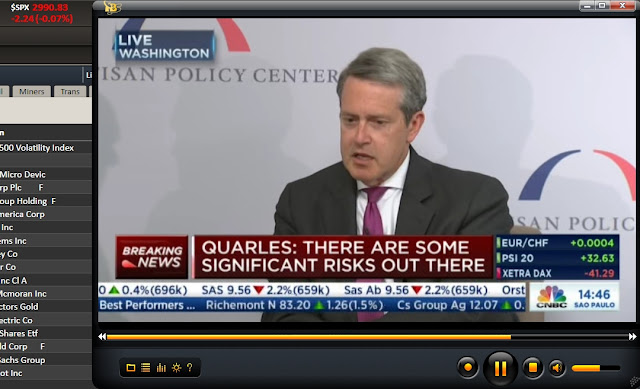 ... Quarles is just another one of the monetary masters of Print Central, who are now boxed into cutting rates, even if they don't believe the data merits it. The Fed have to cut, as they are well aware how Mr Market would otherwise react. Far from being proactive, the fed remain reactive.
--