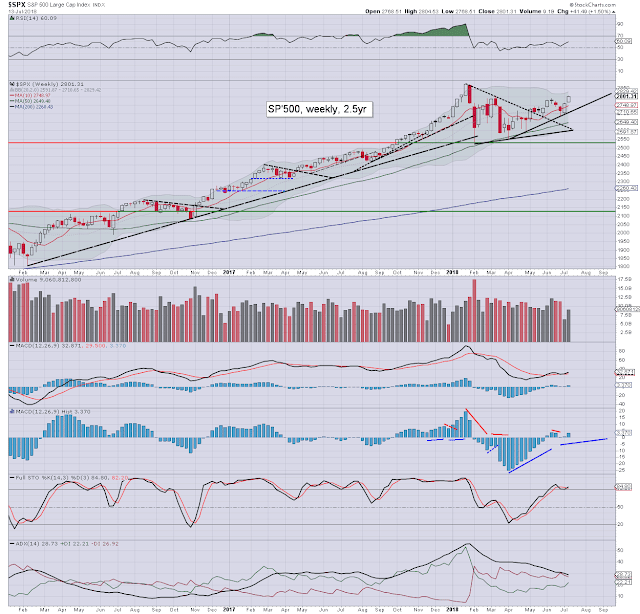 The sp' climbed for a second consecutive week, +41pts (1.5%) settling at 2801, the highest close since early March. Underlying macd (blue bar histogram) cycle ticked higher for a second week, as price momentum is outright bullish. Note the upper bollinger at 2829, and that is now starting to tick upward. The 2900s look technically feasible as early as late August.

Best guess: s/t cooling to the 2760s, but then resuming upward into opex. Once that is out of the way, the market should have a better chance to challenge new historic highs (>2872). Big target zone of 2950/3047 really isn't that far up, and certainly looks viable in Sept'/Oct.
-- 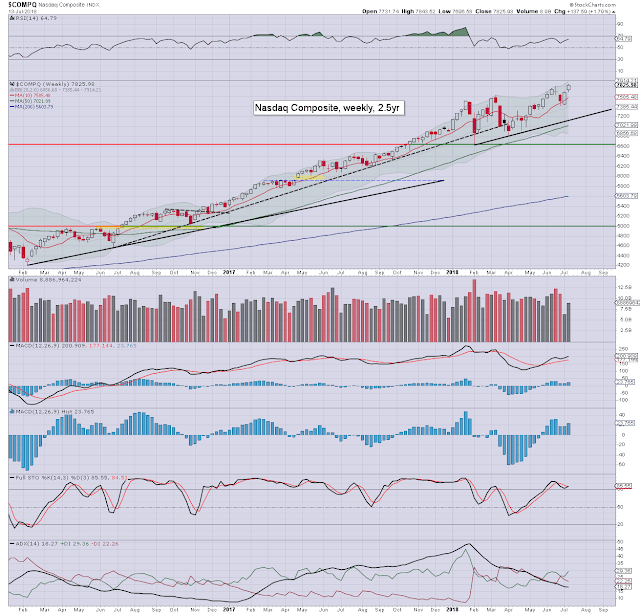 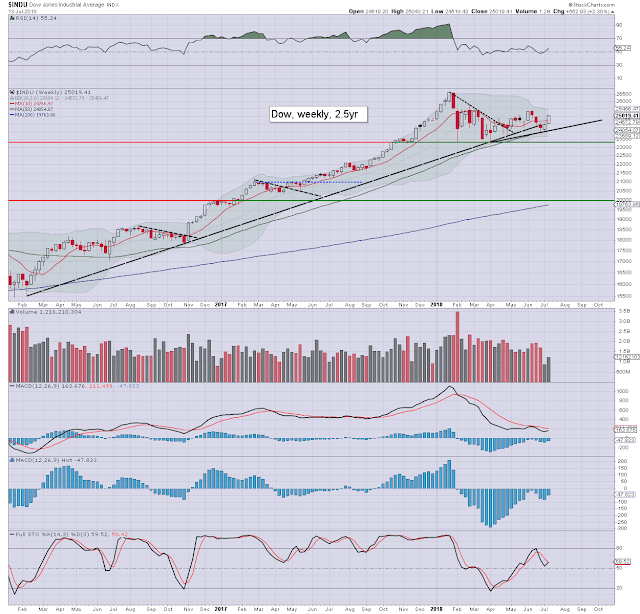 The mighty Dow climbed for a second week, +2.4% at 25019. Whilst the mainstream are overly focused on the psy' 25k threshold, far more important is that underlying price momentum is set to turn net positive within 1-2 weeks. That does offer a grander run to challenge new historic highs from around mid August onward. It would clearly help if the trade/tariff chatter lessens. Key stocks to watch: CAT, BA, HD, XOM, and INTC. 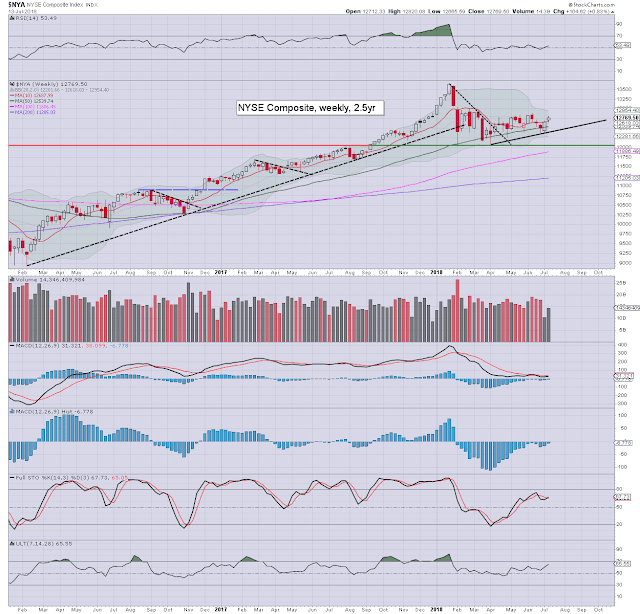 The master index saw a net weekly gain of 0.8% to 12769. Underlying macd cycle is set to turn positive within 1-2 weeks. Price action should see some degree of acceleration >13000. 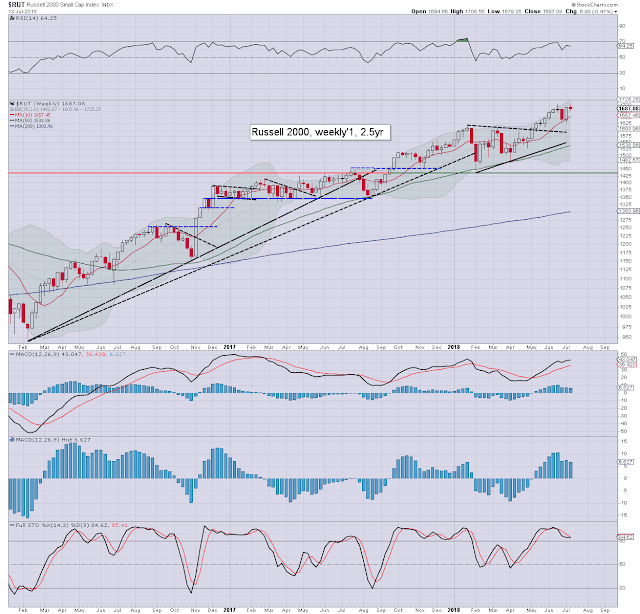 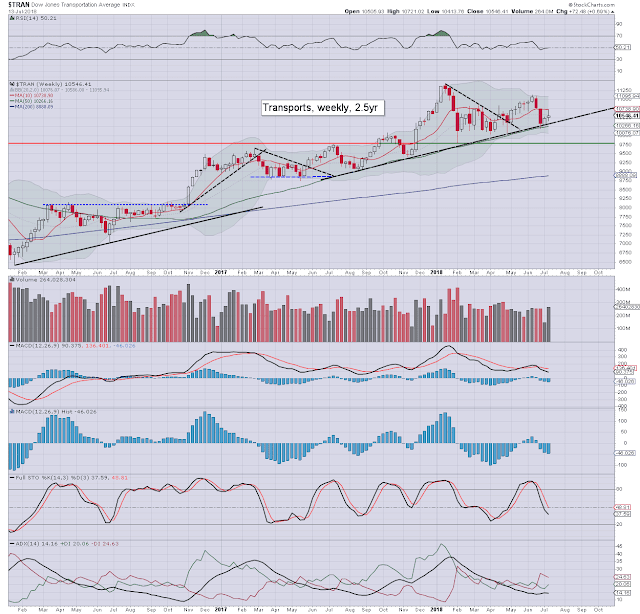 The Transports climbed for a second consecutive week, +0.7% at 10546. Its notable that weekly price momentum continues to weaken. At the current rate, a bullish cross is not viable until at least early August. A key issue remains WTIC/energy prices. Whilst oil is currently in a cooling phase from the $75s, and looks set for the 67/66s next week, the m/t trend remains bullish. Any resumption of the upward trend in energy prices will be a major downward pressure on the transportation stocks. Importantly, that doesn't mean the tranny will be net lower, but it does mean the sector/index will likely be a market laggard.
–

Five indexes were net higher for the week, with one net lower.

The Dow - a recent laggard, was notably the strongest index this week, whilst the R2K was the weakest.

The Nasdaq comp' and R2K both broke new historic highs this week, which bodes very well for the rest of the market this summer.

In addition to an ever increasing number of corp' earnings...

I hope many of you enjoyed the open day @ http://subscriber.permabeardoomster.com, this past Friday 13th. I'm looking to pick up some more subscribers, and have an offer for you!
For details: Subscription offer