The main indexes closed moderately higher into the Christmas Eve close, with the sp' +5pts @ 1833. The two leaders - Trans/R2K, both settled up 0.4%. Market looks set for further gains into year end, and at least the first 2-3 weeks of 2014. 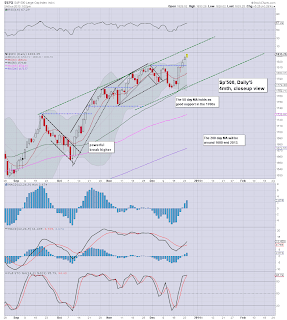 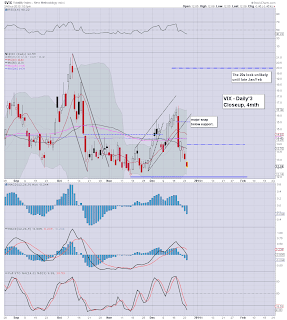 For the equity bulls, Santa has been delivering presents for much of 2013..so today's close in the sp'1830s certainly isn't surprising.

With the QE-taper uncertainty out of the way, there is NOTHING to stop this market from pushing higher into early 2014.

Best bullish case by late Jan is Dow 17000, with sp'1900s. Those will be tough to achieve, but if earnings are 'reasonable' in January,...then those levels are most certainly viable.

For those of you leaving into the sunset...

Enjoy your day away from this lunacy...and most certainly...Merry Christmas :)
--

*I'll probably post something later in the day.
Posted by Trading Sunset at 18:03:00
Email ThisBlogThis!Share to TwitterShare to FacebookShare to Pinterest

12pm update - spacewalking into the close

The main indexes are holding moderate gains, and it looks like we'll close today in the low sp'1830s..with a fearless VIX in the 12s. There are some interesting individual movers, not least the shippers which are all ramping hard into year end. 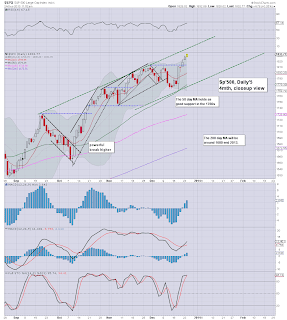 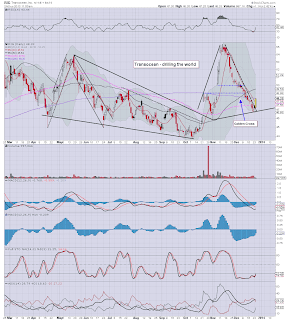 LIVE coverage of a spacewalk - to fix a cooling system, 220 miles above your head..

updates into the early close...of 1pm :)

DRYS +7%..and looking powerful on the daily chart.. 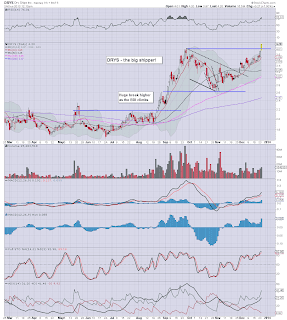 --
Posted by Trading Sunset at 16:52:00
Email ThisBlogThis!Share to TwitterShare to FacebookShare to Pinterest

It is just another day in market land, with further gains, taking many indexes to new historic highs. The sp'1840/50s seem viable by year end, along with a year end close of the VIX in the 12/11s. Gold and Oil are both moderately higher. We have a rather clear F flag on the Dow daily index chart. Again, its important to note that the monthly chart is offering 16500s..and in January...that will rise to the 17000s. 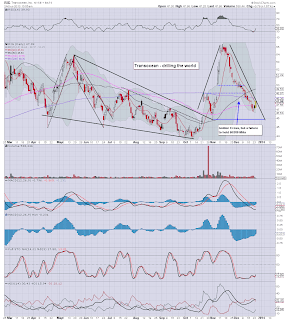 It would be 'useful' for yours truly to see RIG 53/55 by mid January.  Seasonally, RIG tends to jump in the first few months of the year..so...it will be interesting to see how things proceed.


11.33am.. RIG trying to re-take the 200 day MA..  this is all starting to get somewhat entertaining..with just 90mins left of the day!
Posted by Trading Sunset at 15:53:00
Email ThisBlogThis!Share to TwitterShare to FacebookShare to Pinterest

10am update - minor, but interesting gains

The market opens a little higher, and we've now seen the sp'1830s. The 1850/60s are being offered on the bigger weekly/monthly cycles. VIX has already slipped into the 12s. Notable strength in the momo stocks, with TWTR moving into the $66s. TLSA +6% 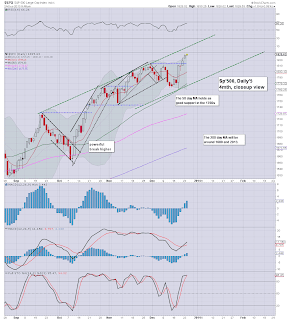 *I added to a LONG RIG position, from the $47.30s...seeking a major wave higher..although it sure is taking longer than I originally thought! 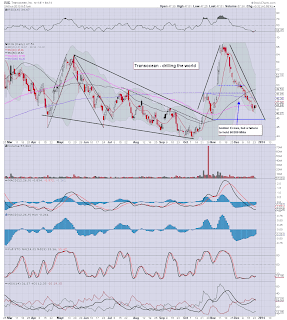 Notable break through in DRYS, holding the $4s, and the door is now wide open to 5, even $6 within a month. 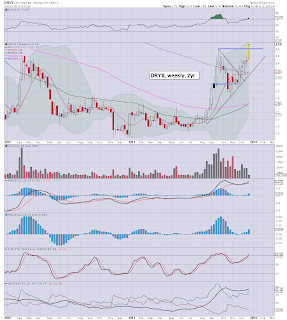 A very impressive weekly candle right now, and any close this Friday >$4 will be very decisive.
-

I'm not sure what is up with TLSA, +7.3%, it can't all be short-covering?
Posted by Trading Sunset at 14:52:00
Email ThisBlogThis!Share to TwitterShare to FacebookShare to Pinterest 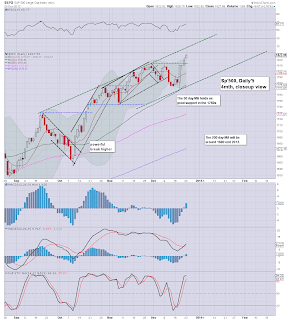 Well...we made it to Christmas eve..2013 ! Congrats everyone..for those that made it.

DRYs has broken the big $4 threshold, shippers are most definitely..cruising higher.
-

One hundred years of the Fed

Whilst the broader market began the Christmas trading week with further gains, perhaps most notable was the 100 year anniversary of the signing of the US Federal Reserve Act - Dec'23, 1913. For those in charge of the US currency, it has been a century of 'paper decay'.

What can be said about the Fed that hasn't already been posted a million times on ten thousand other finance sites in the last few years?

All I would add is that the Fed remains a fascinating institution to watch. Of course, the two majors issues are that...

1. It sure isn't Federal.
2. It doesn't really have any reserves, at least not counting those paid for with new money created from nothing.

It remains a bizarre situation, but then...the notion of paper money itself is a bizarre..if 'useful' method to carry out transactions.


The Fed to be revoked within the next 5-10 years?

For some of the big thinkers out there, those who look at the grand picture, the issue of the Federal Reserve continuing to determine US monetary policy remains a huge question. There are plenty who are quietly suggesting it will all come to a crashing end when the next financial upset occurs.

Many are agreed, the 2008/09 wave was a mere warm up act, compared to what is eventually coming.

What is my guess? They'll print until the 'pitchforks are at the gates'. Of course, maybe they'll have made pitchforks illegal by that point, kinda like what Spain now seems intent on.

First, Mr Swann...but more importantly..featuring Mr Griffin..author of 'The Creature from Jekyll Island' - a must read book in my view for anyone interested in their history.

Second video, somewhat kooky, but a fairly reasonable summary/history of the Fed.

You know, I really would like to watch the above alongside the Bernanke. I'd have a thousand questions for him. Then again, what would Yellen say?  Surely they have both watched a little of these sort of videos?
--

As for the market, the post QE-taper rally looks fine into mid/late January. By then, the monthly charts will be offering as high as sp'1875/1900. 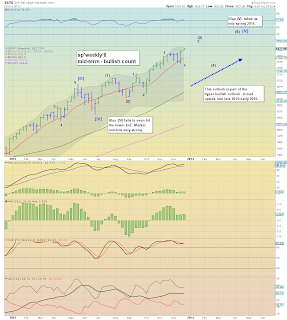 Tuesday will see some housing data, and Durable Goods Orders, with an early close at 1pm.