Bears lost in the minor noise

It remains incredulous to see the incessant bearish chatter - from what few 'doomer bears' remain. It was merely a day ago since new historic highs were achieved in the Dow, SP'500, and Transports, yet...in bear land, that today qualified as '...see!...Wednesday saw a decline, the top IS in this time!'. 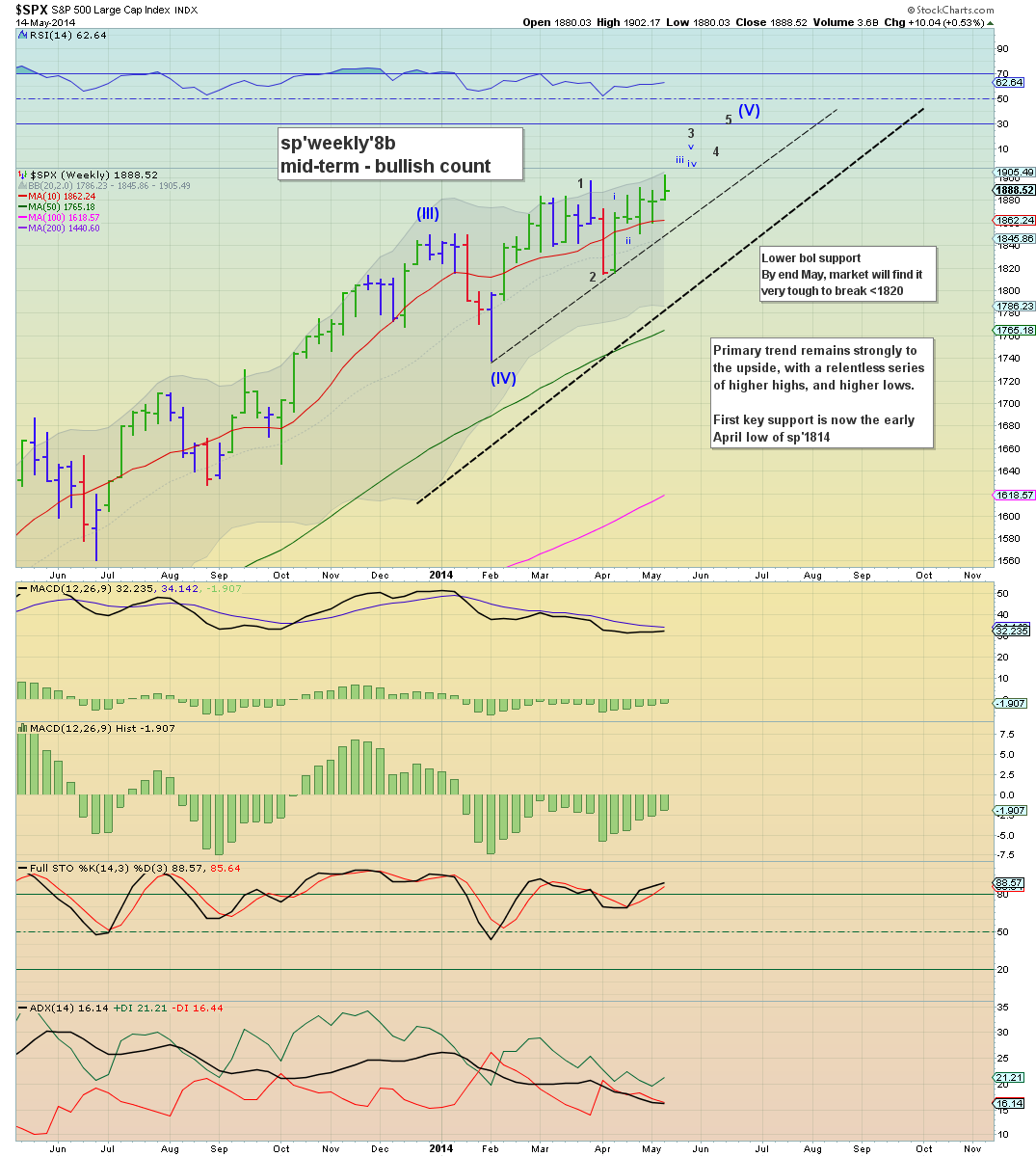 Despite the 'bloodbath' declines of today (well, that is how some will see it), we still have the fifth consecutive green candle on the weekly 'rainbow' charts.

There is simply nothing bearish in the bigger picture.
--

Thursday will have the usual weekly jobless claims, but also Empire state, indust' prod, Phil' Fed, and some housing data. That will be plenty enough for Mr Market to deal with across the morning session.


Tired of the nonsense talk

Sure, today did not go as I had expected. The market failed to show any upside kick in the morning, and instead saw a secondary wave lower in the late afternoon. We saw the sp'500 fall by just -0.5%, and yet..no doubt, there will be some pretty bearish chatter this evening.

After all, now that 1900 has been hit..the top is in, yes? Frankly, I'm beyond tired of such talk, and the same maniacs talking like that today, will be doing the same thing tomorrow. They are the sames one who have been holding short from sp'1814..1850..and the more recent spike low of 1866.

Some will never learn. I would like to believe, I'm not one of those with a concrete mindset.

*I hold moderately long, and will seek an exit into the Friday close, preferably with the R2K back in the 1130s, although I realise that looks like an overly optimistic target. We shall see. 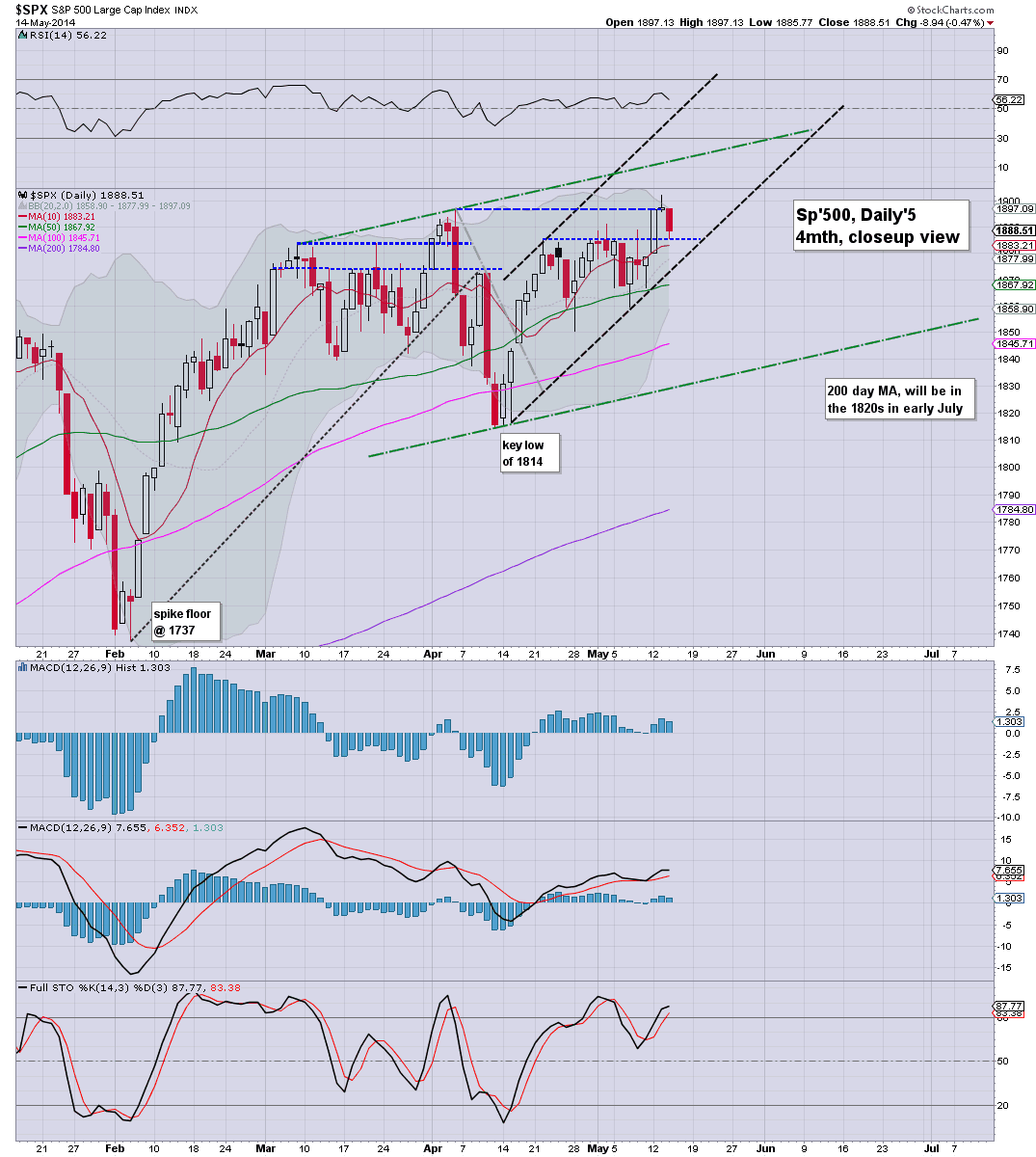 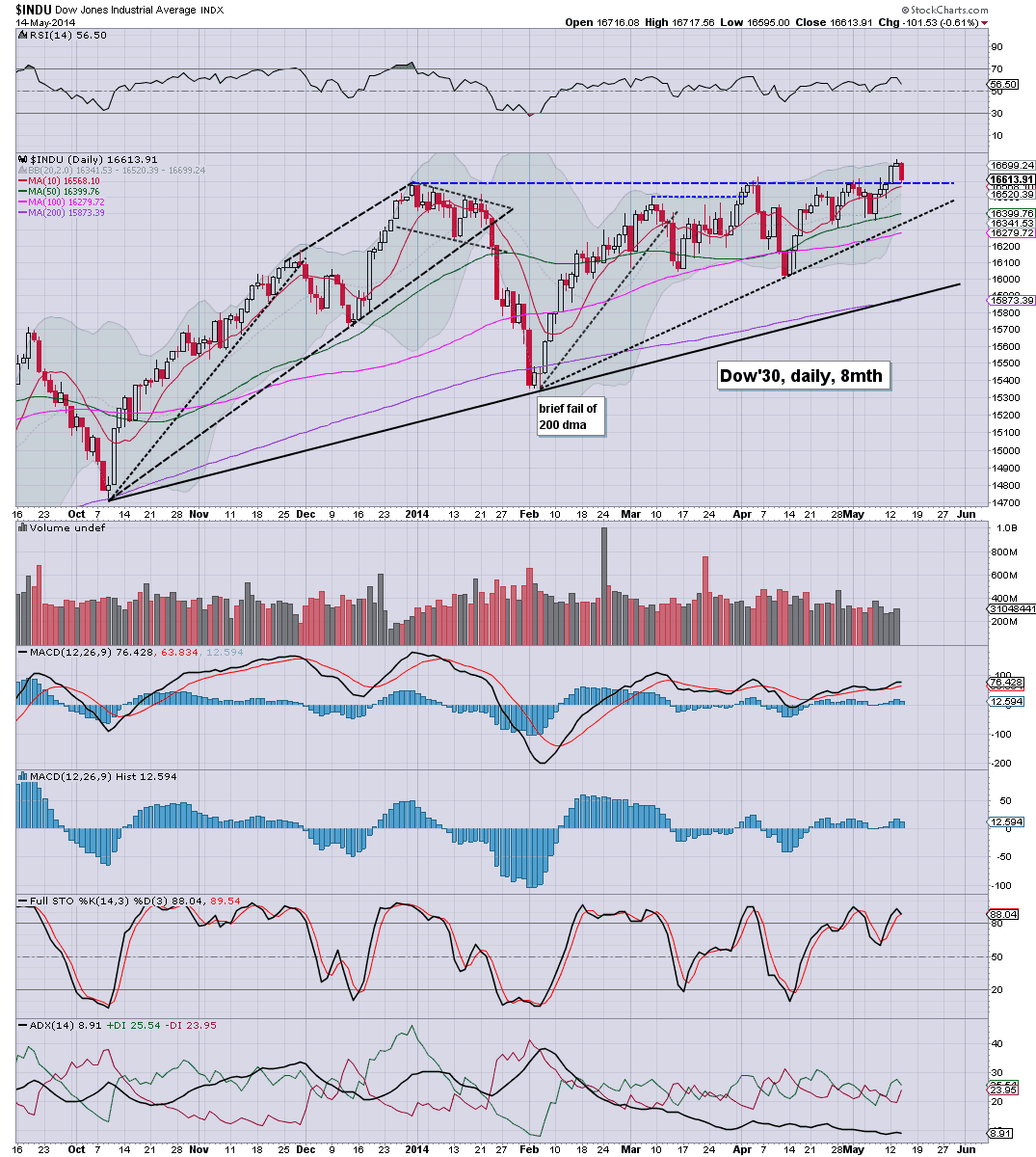 So..the main indexes closed moderately lower, with the sp' lower by around -0.5%. Not exactly a dramatic move huh?

Yes, there was distinct - and significant, weakness in the R2K, but that is not exactly surprising, and the Nasdaq itself was more inline with the Dow/SP' today.

*I hold moderately long overnight, seeking an exit into the Friday close, preferably with R2K 1130s.
--