The US equity indexes saw follow through from the post QE-taper ramp. Most indexes gained between 1.0% and 1.5%. There looks to be at least another 2-3 weeks of upside, and by mid January, the sp' could be somewhere in the 1875/1900 zone. 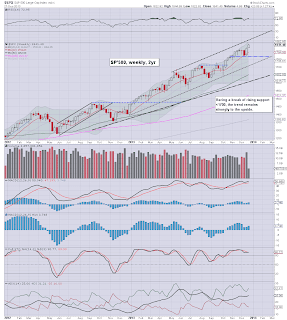 The sp' climbed 1.3%, and this was important follow through from last weeks post QE-taper ramp. There is easy upside to the 1860/70s in early January, and the 1900s will be viable by late January. Arguably, the ultimate issue is whether we'll see sp'2000s before the next multi-month top. Right now, 2000s look just about viable in April/May, but it won't be easy. 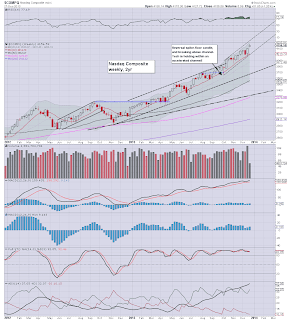 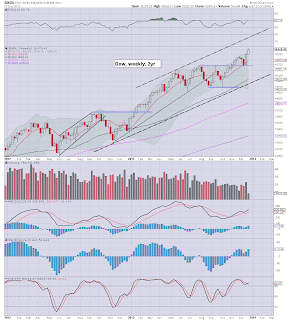 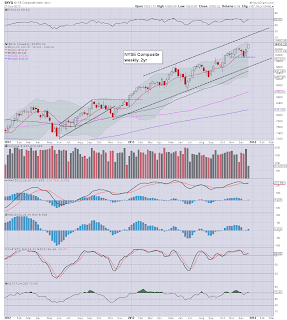 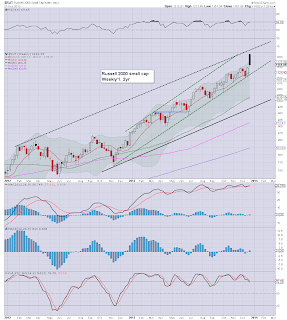 *ignore the spurious data/spike to 1213, which should have been removed by the exchanges.

The second leading index climbed 1.3%, and looks set for the 1200s in January. The only issue is whether the 1300s are going to be hit before the current 2.2yr cycle concludes. 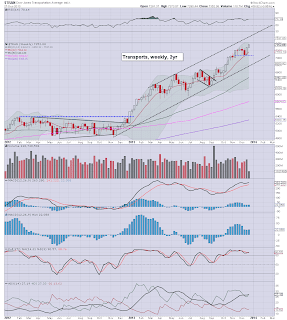 The old leader - Transports, gained almost 1.0% this week, and is comfortably holding the 7300s. The 7500/7700 zone looks reasonably easy upside into the late spring. The only issue is whether 8000 will be viable before the next intermediate turn. I'd guess Trans will fail to break 8k in the current wave.

So, the market saw follow through from the QE-taper ramp. There looks to be at least another week, if not 2-3 weeks of further upside before the current wave completes, and then some 'moderate' downside, probably no more than 5-7%.

Next week will again be a somewhat shortened one, with the market closed on New Years Day - Wednesday.

There is the Chicago PMI on Tuesday, but other than that, it looks to be a pretty quiet week. However, most notable, there are no less than four Fed officials speaking next Friday, including the Bernanke on the 'changing Fed'.

*the next QE-pomo schedule will be issued this Monday @ 3pm. There might be sig' QE on Tuesday or later in the week.
- 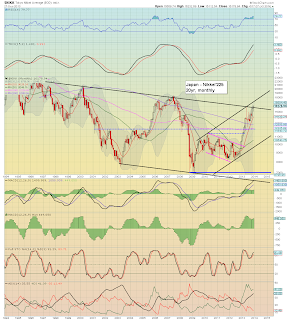 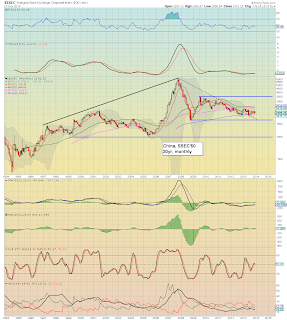 next main post, late Saturday, on the US weekly indexes
Posted by Trading Sunset at 04:00:00
Email ThisBlogThis!Share to TwitterShare to FacebookShare to Pinterest 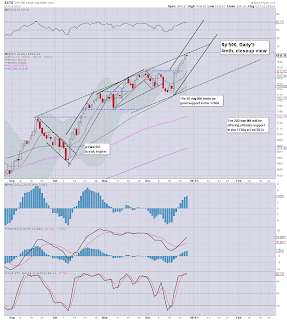 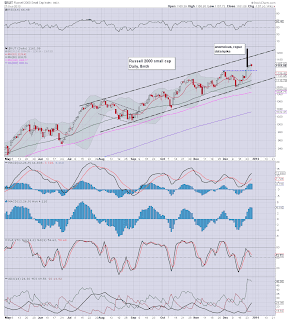 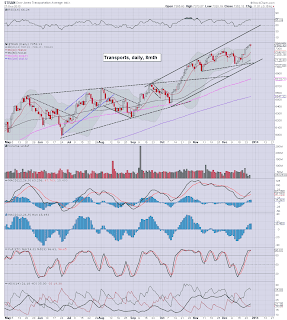 There is little to add about today. Market is likely just consolidating its latest move into new historic territory.

A Tuesday/year end close in the sp'1850/60s..along with Dow 16500/600s is now the immediate target.
--
a little more later...
Posted by Trading Sunset at 01:00:00
Email ThisBlogThis!Share to TwitterShare to FacebookShare to Pinterest
Newer Posts Older Posts Home
Subscribe to: Posts (Atom)