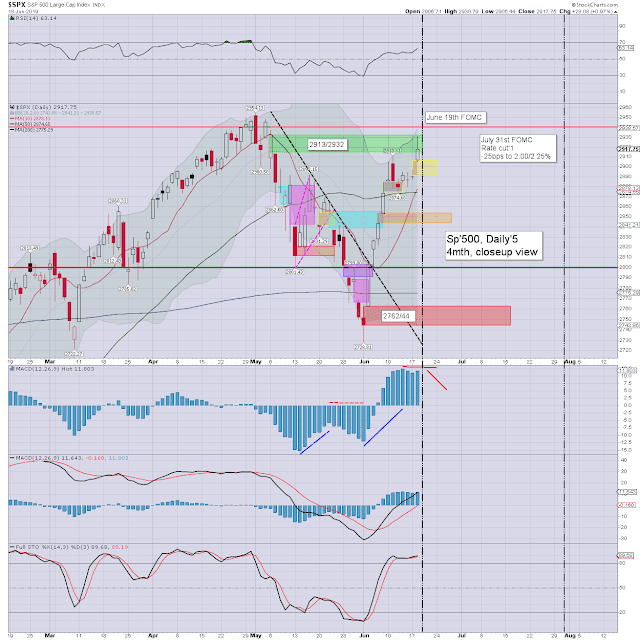 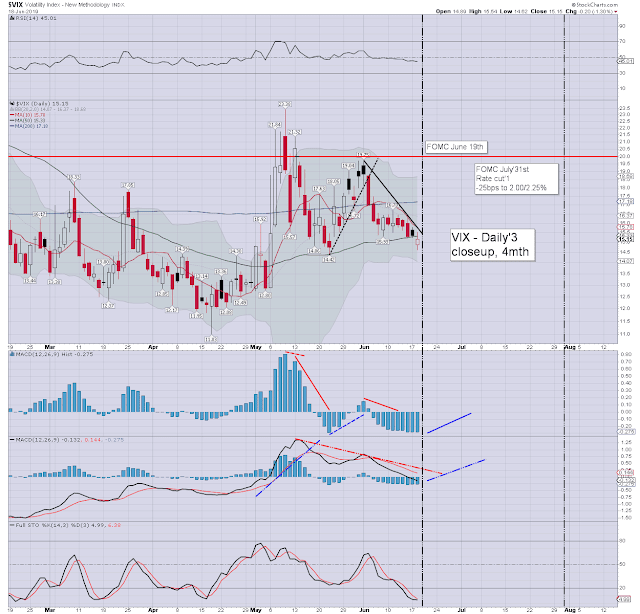 It was a day of threats and hopes. The day began early with the ECB's Draghi issuing overt threats to spool up the printers, a mere six months after they were halted. Trump wasn't happy with that...

... and that resulted in a secondary ramp, with legacy gap of sp'2913/32 being tagged. The afternoon saw moderate chop, leaning a touch weak into the close. Volatility was subdued, with the VIX settling -1.3% to 15.15.


Wilson's call for a 10% drop within the relatively near term is a bold call. 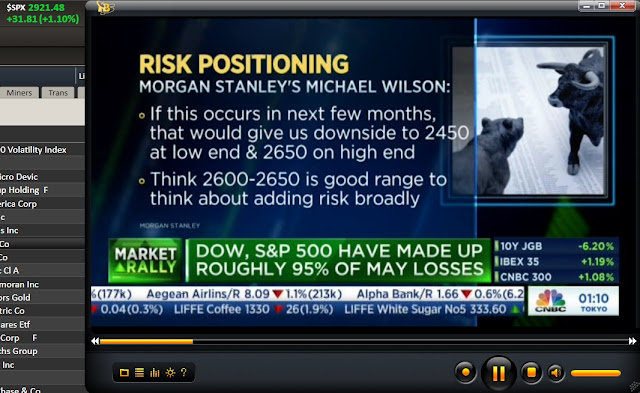 The sp'2600s won't be easy, never mind anything in the 2500/400s. With just eight trading days left of June, the latter looks a stretch this July/August, unless we settle back under the monthly 10MA, currently at 2783.

Wednesday afternoon won't be boring. The s/t cyclical setup will favour the equity bears, and that should carry across into Thursday.