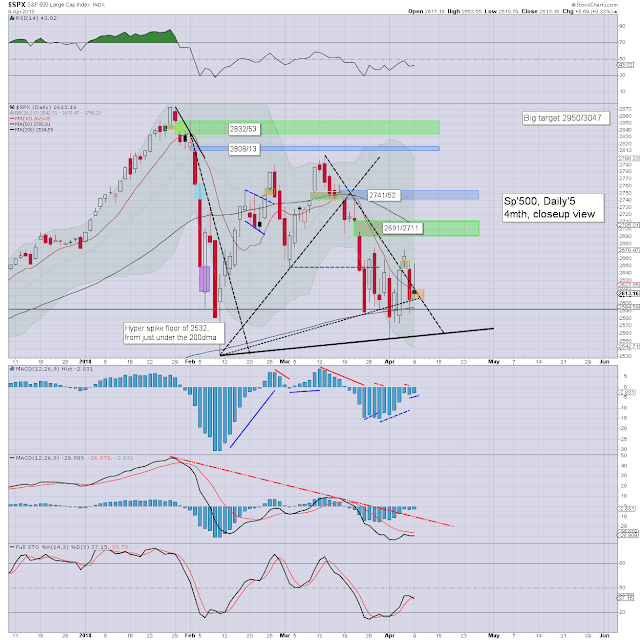 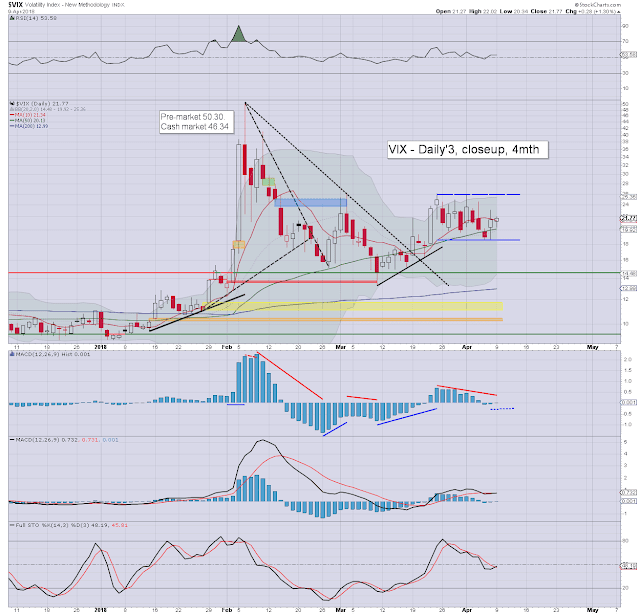 US equities began the week with a significant bounce from the Friday close of sp'2604, climbing to an early afternoon high of 2653. However, there was then a rollover, and things increasingly spiralled lower, not helped by news of an FBI raid on the office of Trump Lawyer Cohen.

The daily candle is of the black-fail type, with a clear spiky top, indicative of a failed rally/bullish exhaustion. It bodes bearish for at least part of Tuesday. The ultimate issue is whether the market will fail to hold the 200dma (sp'2594).

Volatility saw a mixed day, and with late day equity weakness, the VIX settled a little higher in the 21s.Things only get interesting if >26s, which would offer the 29/30 zone.


Bears running out of time

Earnings are set to start pouring in. Certain stocks - such as CAT, have price structure of a giant bullish pennant. Today's settling black-fail candle though is an immediate concern for Tuesday. CAT hasn't seen any daily closes under the 200dma ($135s) since March 2016. 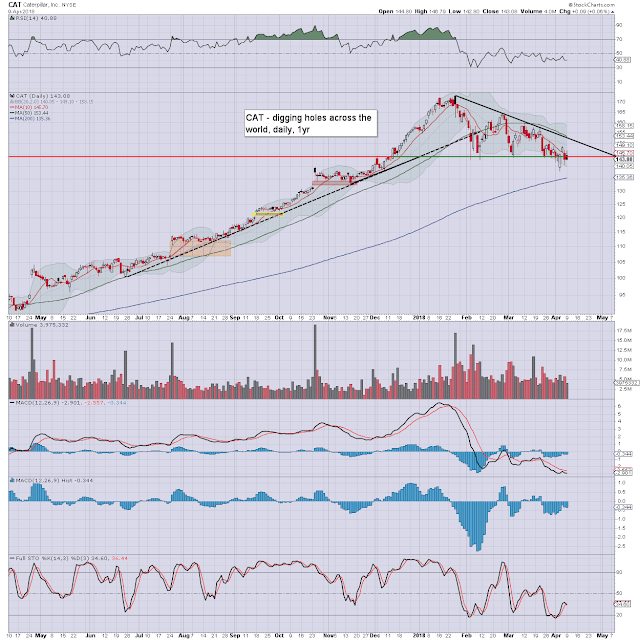 Any price action in CAT above the 50dma (currently $153s) would be decisive, and offer new historic highs this summer. That is clearly the most bullish 'rainbows and unicorns' outlook, but price structure IS a bullish pennant.