US equity indexes closed moderately mixed, sp +3pts at 2441. The two leaders - Trans/R2K, settled higher by 0.9% and 0.1% respectively. VIX settled -3.3% at 15.51. Prime target of sp'2435 still needs to be hit during normal trading hours, and will be due on Monday, before high threat of another big push upward. 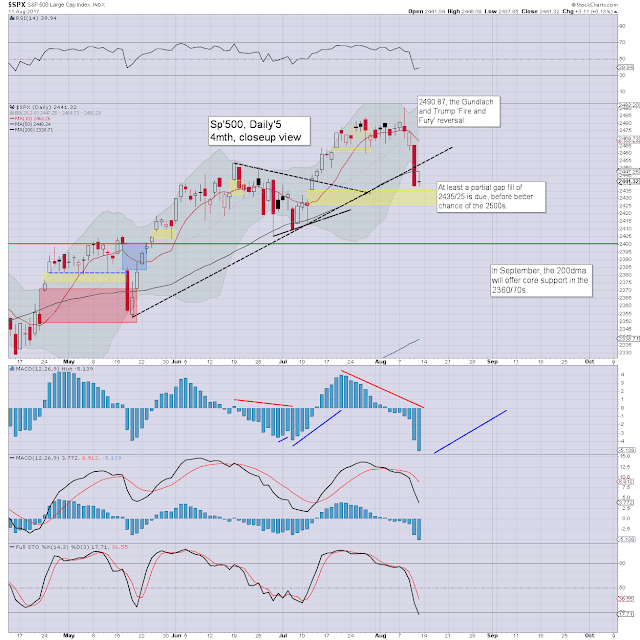 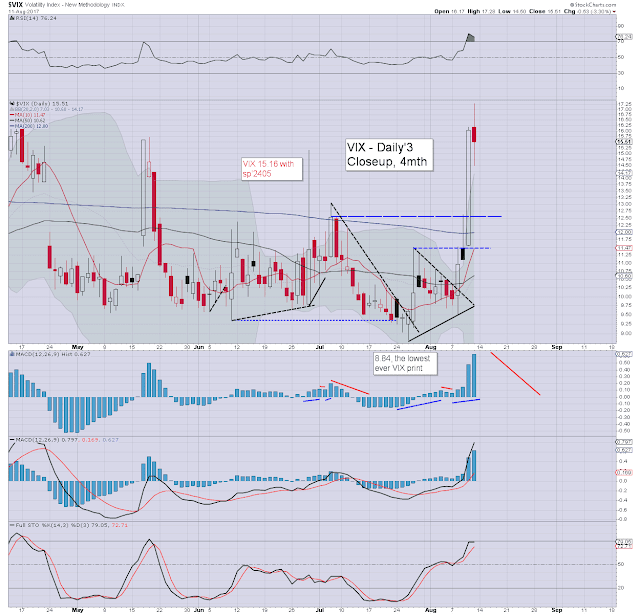 US equities were a little weak in pre-market, but weak CPI data was the old excuse of 'no rate hikes = bullish', and the market opened a little higher. From there, a great deal of minor chop, leaning upward into the afternoon. There was a notable swing lower from 2.15pm, but (surprisingly), none of the indexes broke a new intraday low.

It is notable that the sp' settled with a black-fail candle. Those certainly lean to the bears, and we are still yet to hit at least the upper end of the 2435/25 gap zone.

Market volatility was choppy, but remained elevated. The Friday close of 15.51, was the highest weekly close since late Oct'2016.
-- 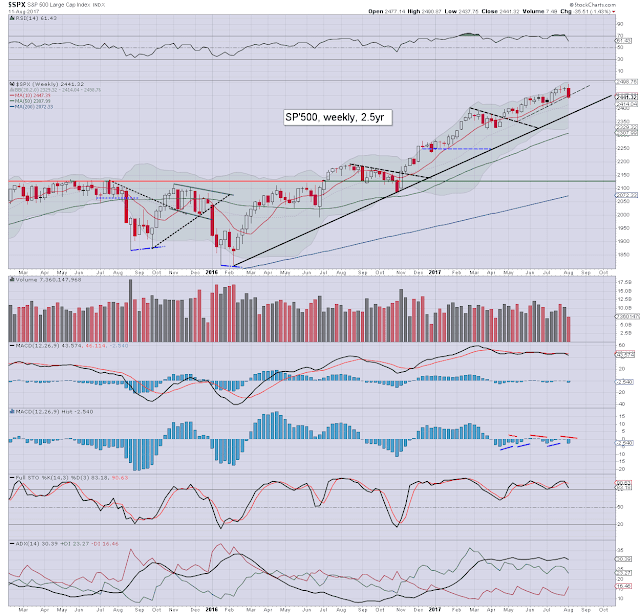 A new historic high of 2490.87 on Tuesday, but swinging lower to 2437.75 on mainstream bearish market chatter, and the geo-political war talk between Trump and NK.
--

*the weekend post will appear Sat'12pm, and will detail the US monthly indexes
Posted by Trading Sunset at 21:21:00
Email ThisBlogThis!Share to TwitterShare to FacebookShare to Pinterest
Newer Posts Older Posts Home
Subscribe to: Posts (Atom)