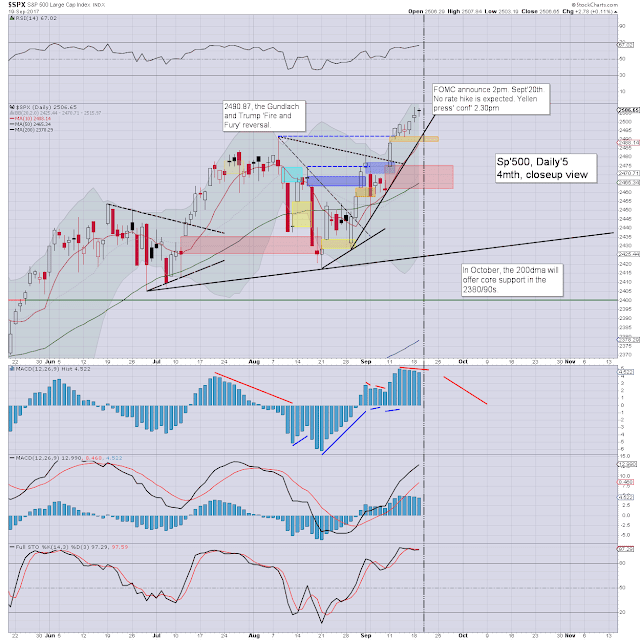 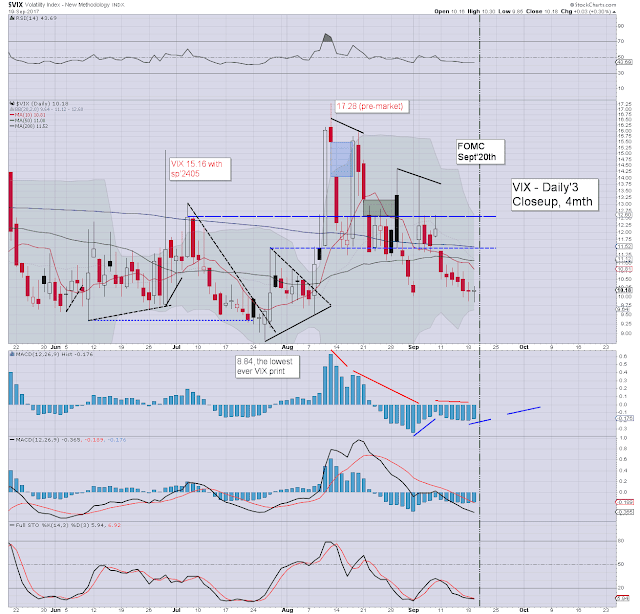 
As for the fed tomorrow...

I sure don't expect a rate hike, and neither does the mainstream. The only uncertainty is whether QT will be announced to begin. The plan was issued some months ago of course, and even if the Fed starts selling T-bonds and MBS back to the market, the amounts are insignificant, at least to begin with.

What will be interesting tomorrow afternoon is the Yellen press conference at 2.30pm. Even if the market initially spikes higher on 'omg, QT has begun!' hysteria, I would see the market at high threat of a sig' reversal, not least with each question that Yellen responds to.
--