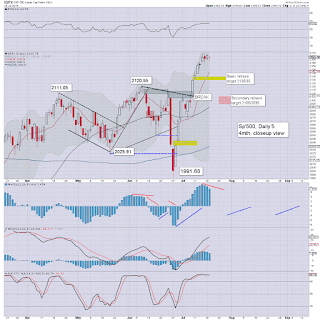 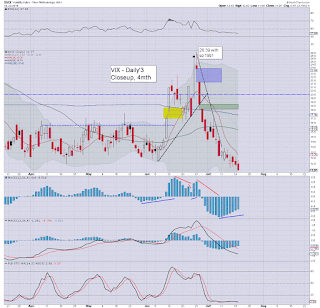 A fourth consecutive day of minor chop for US equities, arguably in consolidation mode, after the powerful run from the BREXIT low of sp'1991.

With Microsoft (MSFT) earnings coming in much better than expected, the VIX fell into the 11s in the brief 15 minutes of AH trading, which made for the lowest close since July 17th 2015.
- 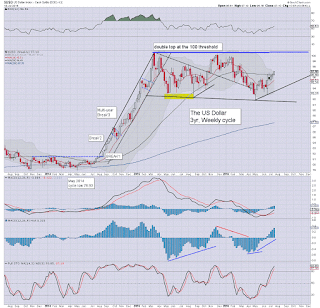 Today's close in the DXY 97s was overlooked by many, but I sure noticed. The 97s open the door to further grind higher to the 98/99s.

A break above the 100 threshold would be massively significant, and as many recognise, would have all sorts of consequences, particularly for commodities.

Why is the USD rising? Mostly capital flows into the US, from almost every part of the world. A secondary issue is that much foreign debt is denominated in USD, and that underpins a strong USD bid.